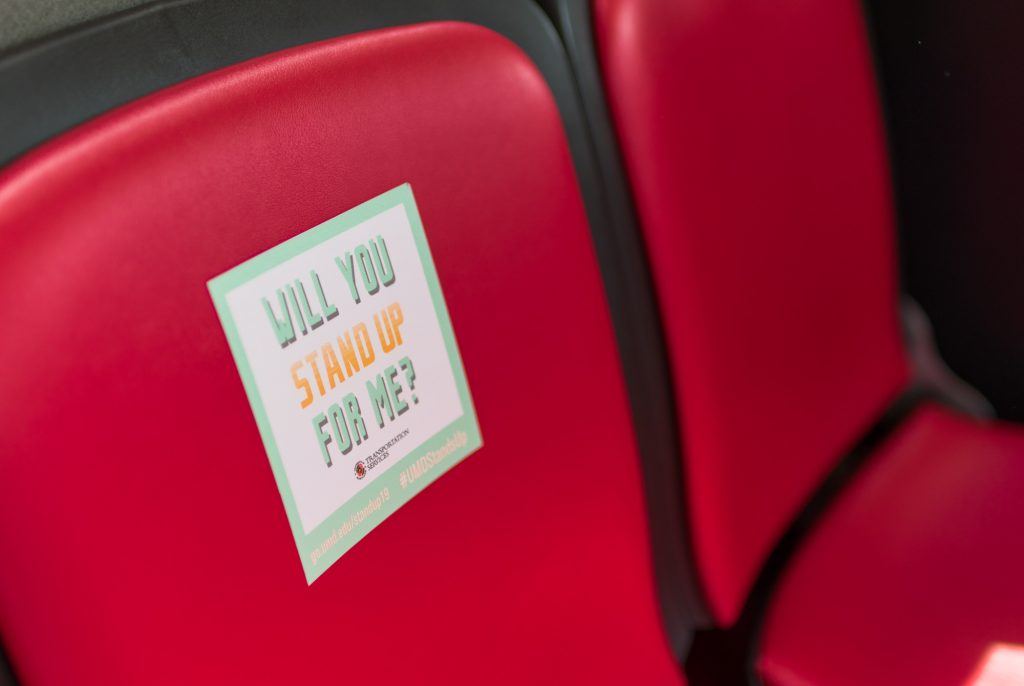 The Department of Transportation Services has posted flyers on buses to raise awareness of invisible disabilities. (Gabby Baniqued/The Diamondback)

Earlier this week, my fellow columnist Liyanga de Silva wrote about the pros of DOTS’ new “Will You Stand Up For Me?” campaign, which aims to bring attention to those dealing with invisible disabilities on public transportation. I agree with many of her points, especially those about the importance of raising awareness. But much like thoughts and prayers, there’s only so much change that stickers on bus seats can bring.

Campaigns and good thoughts can’t fix the multiple areas and entire buildings that Adith Thummalapalli, a junior mechanical engineering student who uses a wheelchair, recently identified in a 43-page report as inaccessible to people with some disabilities. Thummalapalli identified areas such as the stairs to the bathroom in the South Campus Dining Hall and the entrance to Kent Hall as boundaries that make everyday commutes impossible for people who use wheelchairs.

These obstacles are easy for the university to address on a surface level — while not implementing any real change. The “Will You Stand Up For Me?” campaign has its benefits in raising awareness. But from a broader perspective, it feels like an image-driven Band-Aid on the overarching problems that exist for students and faculty with disabilities.

These lackadaisical procedures further represent the indifferent attitude that this university has for its students with disabilities. The university shouldn’t wait for inaccessible areas to become a problem for students, faculty and others before fixing them, especially because it often ignores such complaints anyway.

In 2016, it took a lawsuit filed by several deaf sports fans for the university to finally construct adequate captioning screens in the Xfinity Center and Maryland Stadium. Last year, several markers pointing to accessible entrances were removed due to lawn maintenance and misleading signage and remained down for nearly a year despite community backlash. Students with disabilities shouldn’t have to threaten the university with legal action for accessibility — the university should want to fix these issues and begin to do so as soon as they are aware of them.

While “Will You Stand Up For Me?” was started by Cassidy Henry, a linguistics doctoral student with disabilities, and addresses a serious issue that deserves even more attention than this campaign brings, the university’s compliance on this matter but not more concrete initiatives speaks volumes. In considering the very recent history of the community’s fight for accessibility at this university, I can’t send praise their way for an abstract, low-budget campaign.

We should recognize and applaud students such as Thummalapalli and Henry and build on their work to effect more change on the campus. But DOTS and the rest of the university don’t deserve our praise for simply complying with a student’s proposal when they have repeatedly shown a disregard for the disabled community. Hopefully, the university will begin to take responsibility as more students fight for equal accessibility on the campus.