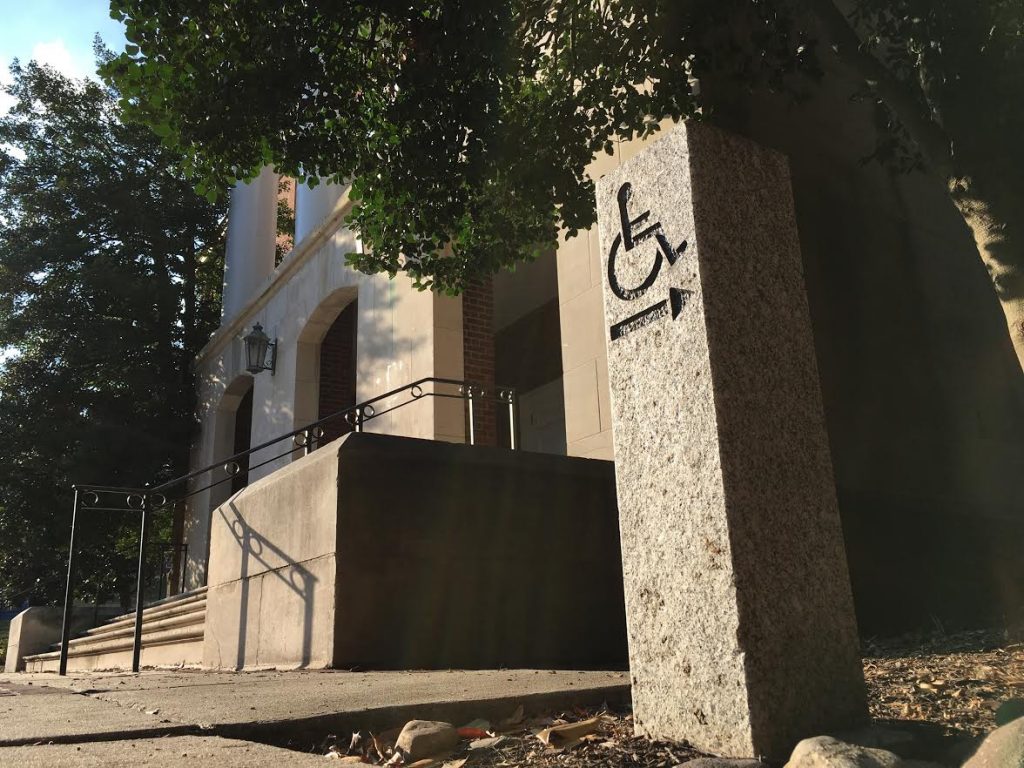 David Keer, who uses a cane, lives in a neighborhood without sidewalks. Keer, a 27-year resident of North College Park, walks in the street to get around, which he said poses some problems.

“For the most part we don’t have sidewalks in north College Park, not in the side streets anyway. Our way of walking around is in the street itself which […] aside from being risky at times the street is also uneven,” Keer said. “[There are] quite a number of cracks [which] makes it difficult to walk particularly for someone like me who uses a cane.”

College Park City Councilman Fazlul Kabir is among those who advocated to add sidewalks along Route 1 from the Capital Beltway to Route 193 so that both sides of the street are walkable and five feet wide, to comply with the Americans with Disabilities Act. This project, however, does not extend to neighborhoods such as Keer’s.

“It’s been two or three years now we’ve been asking the [State Highway Administration] to [build sidewalks],” Kabir said, “and we are very grateful that they made it happen.”

As the University of Maryland recognizes October’s Disability Awareness Month with town halls and events, Keer said there’s still room for improving the accessibility of business and city facilities.

“I think that there’s still not as much awareness [about disability] in the city particularly among some of the merchants,” Keer added. He explained how it can be difficult for people with disabilities to get around in stores in College Park, as there isn’t enough room to maneuver around the aisles.

Carolyn Fink, a professor at this university, added that “most of the establishments on Route 1 do not have a curb step,” and said she agreed many store owners are not aware this issue.

Fink teaches a disability course in the education college, EDSP220, and in the past has given her students an assignment to walk the campus and survey what buildings and walkways are accessible. Her students discovered that while there are curb cuts on the sidewalks, many times cars are blocking the curbs, making it difficult for people with disabilities to get onto the sidewalks, she said.

However, Fink said she believes that this university is taking positive steps to increase accessibility.

“Every once in a while, [the Office of Diversity and Inclusion does] a survey [where] they take groups of people with disabilities around campus to try to find problem areas,” Fink said.

Though navigating this university’s campus and College Park has been an issue for some people with disabilities, there are also some perks for residents, Keer said.

“One advantage that College Park does have over some other communities is that many of the houses are single story,” Keer said. “They’re ranch houses which makes it more feasible for someone with a disability to stay in the house.”