It took almost a year, but all of UMD’s handicap-accessible entrance markers are back 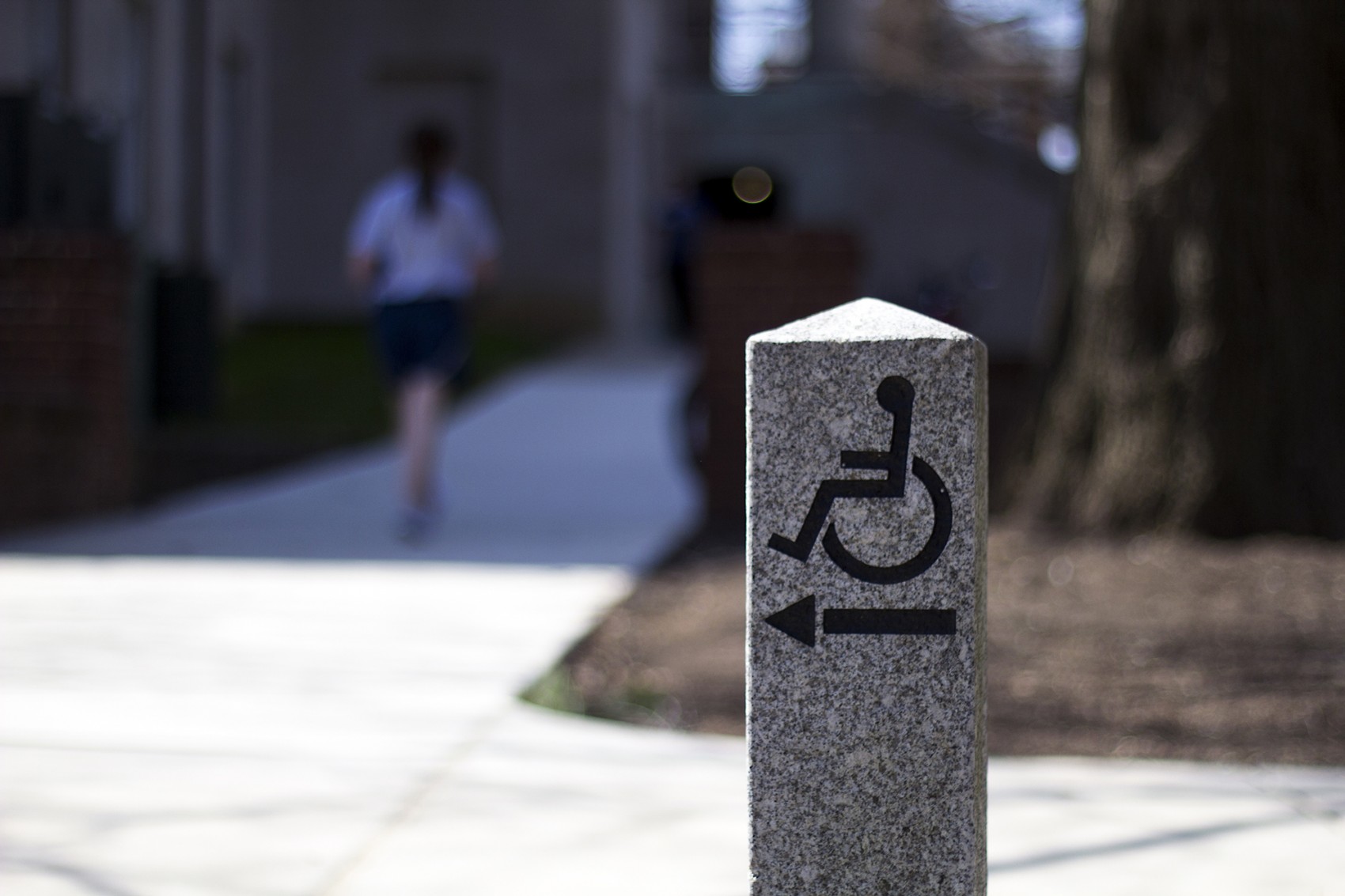 Last fall, the University of Maryland removed the vast majority of its pillars indicating handicap-accessible entrances to campus buildings. After pushback from campus advocates, they were re-installed this summer.

Now, the university is planning to hire a consultant to survey this kind of signage on campus to determine whether more pillars are needed, university spokesperson Jessica Jennings wrote in an email.

University officials said Facilities Management removed the pillars — 47 of the 57 on the campus — because some were misleading. Others were damaged during snow removal and lawn maintenance, and their usage across campus was inconsistent; newer buildings didn’t have any.

The department removed the pillars without warning the President’s Commission on Disability Issues, which advises the administration on issues of concern to people with disabilities, commission officials said.

In December, then-interim chief diversity officer Roger Worthington arranged a meeting between the commission and representatives from Facilities Management. Afterward, the department recognized the need for accessible entrance-markers, said Ana Palla-Kane, one of the commission’s chairs.

But it wasn’t until May that Worthington set up a meeting between the commission and Carlo Colella, this university’s administration and finance vice president, to get the pillars replaced.

For Palla-Kane, though, the pillars’ return is still a victory.

“We’ve been having so many conversations with people that I consider this to be an accomplishment,” she said. “That’s why we really exist — to advise on issues.”

The funding needed to replace the pillars came from this university’s landscape construction operations budget, Jennings wrote. It was a critical expenditure, Palla-Kane said.

“Most of the buildings, their main entrances have stairs,” Palla-Kane said. “If you don’t have a lot of the knowledge of where you are going, it might take you 10 minutes to find the accessible entrance. That’s why marking with the pillars is important.”

William Shawhan, a sophomore agricultural and resource economics major can vouch for this.

Shawhan, who uses a motorized wheelchair, visited the Chemical and Nuclear Engineering Building last year, when most of the pillars were missing from campus. Since there wasn’t a marker pointing out the entrance with an automatic door button, he didn’t know that one existed.

“Fortunately, I was with someone who could open the door for me, but if I was by myself, I would have had to wait for someone to come along to open the door,” Shawhan wrote in an email. “An accessible entrance marker pointing toward the door with the automatic door opening button would have helped me get into that building a lot.”

With the pillars back up, Shawhan wrote that he can now quickly and safely find his way around campus.

The previous lack of markers had also made it difficult to find accessible pathways for students who were temporarily disabled by leg injuries or who were carrying a heavy load for a presentation, said JoEllen Barnhart, a lecturer in the agriculture and natural resources college.

“If you don’t know your way, it can take you so much longer to find your way,” said Barnhart, who sits on the commission. “Students end up being late for lecture and missing important bits of information.”

Palla-Kane said the replacement of the pillars isn’t just important to individuals with disabilities. The markers help people with injuries, too, for example.

“It’s extremely important for everybody,” she said.

CORRECTION: Due to an editing error, a previous version of this story incorrectly attributed a quote to JoEllen Barnhart. This story has been updated.