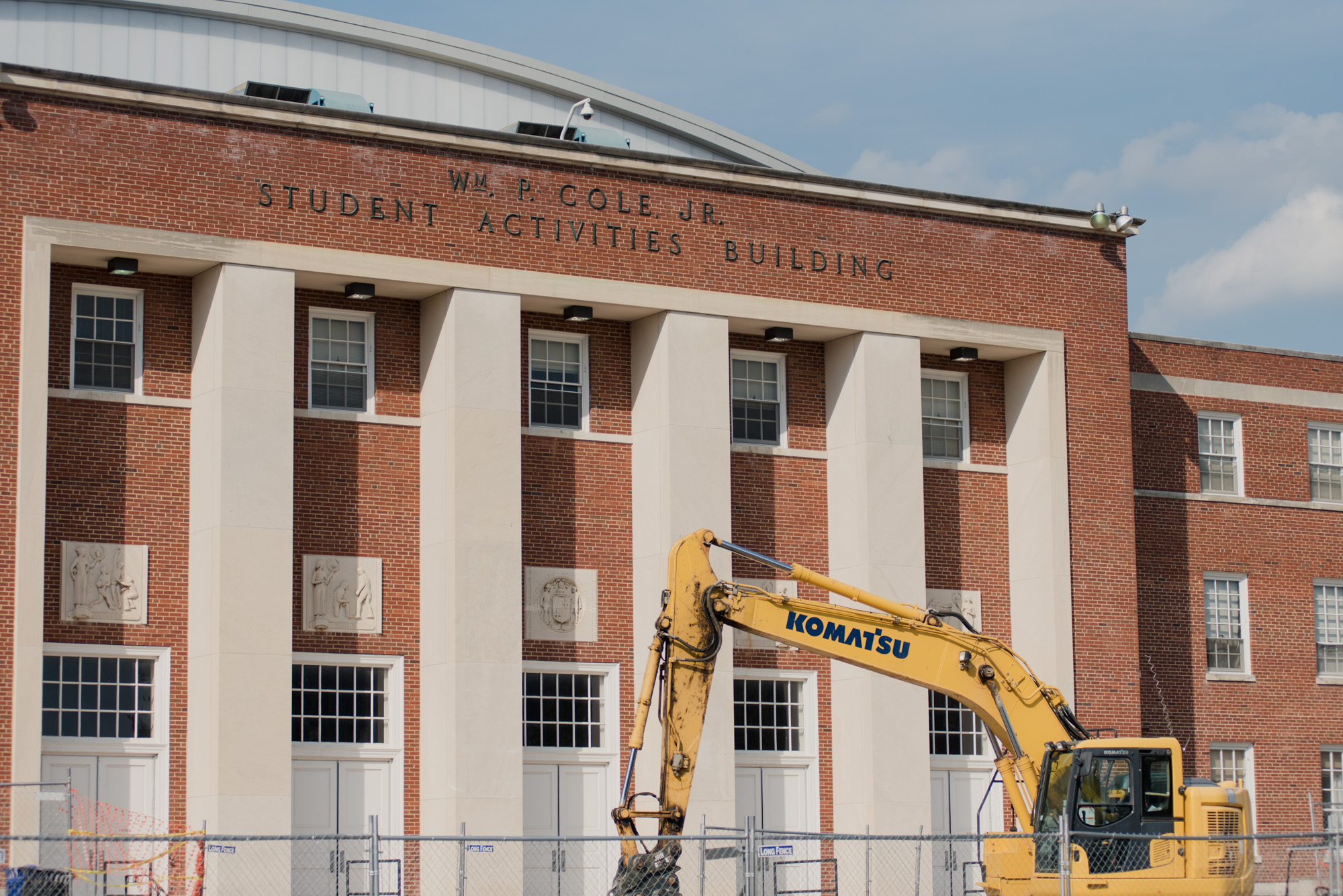 After the University System of Maryland approved the latest funding increase at its Sept. 20 board meeting, the University of Maryland’s new Cole Field House is on track to cost $55 million more than originally planned.

In total, the field house project is set to cost $210 million — up by $14.3 million since the last time the regents approved a price hike in June 2017.

Over the years, the university has had to request more funding as it adjusted the initial design for the facility, said Carlo Colella, the university’s administration and finance vice president. Construction costs have also increased due to a “hyperinflated” market, he said.

It’s not unusual, he added, for the budget of a large, multi-year project to increase over time.

The recent $14.3 million increase stems from rising construction costs and recent design changes, Colella said, including two additional research spaces for the bottom and upper floors to allow for growth, such as expanding a research program or creating a new one.

“Oftentimes, you take a long time to plan and budget design and deliverability,” Colella said. “But undergraduate majors or research activity can increase at faster rates than were planned.”

Construction on Cole Field House started in 2016. A collaboration between this university and the University of Maryland, Baltimore, the fieldhouse’s second phase was originally intended to be done by late 2018.

In 2017, the university opened the indoor football facility, and this fall, workers are wrapping up work on the windows, roof and metal siding, with plans to work on the outdoor practice fields. The university hopes to wrap up almost all the exterior construction by the end of 2020, Colella said.

“The Cole Field House renovation is a critically important project at the University of Maryland, College Park,” wrote board finance committee chair Gary Attman in a statement. “In today’s world, we sometimes have to be pragmatic when it comes to cost increases for an endeavor that promises such long-term value.”

The funding will come out of this university’s institutional funds and will be repaid by revenue from the athletic department, Colella said. Though the regents authorized the additional spending, specific contracts still have to be approved by the state Board of Public Works.

But some students, like freshman engineering major Emily Tamaro, said the field house isn’t worth the extra funding.

“They’re putting a lot more resources into sports than they probably need to,” Tamaro said.

If the university wants to prioritize research programs, it should invest in the ones it already has by updating equipment and facilities in the biology department, junior biology major Heather Adams said.

“I do think there’s a way overemphasis on sports just in general on campus, as opposed to just improving the science departments,” she said. “They should have thought more ahead.”

But because the funding would be repaid from the athletic department’s revenue, senior public health science major Matthew Ellingsworth said he’s fine with it, so long as students’ tuitions are unaffected.

“[Sports shouldn’t be] a priority, I feel, for a university system,” he said. “But I realize it does bring a lot of culture to the college, so it does have benefits in that manner.”