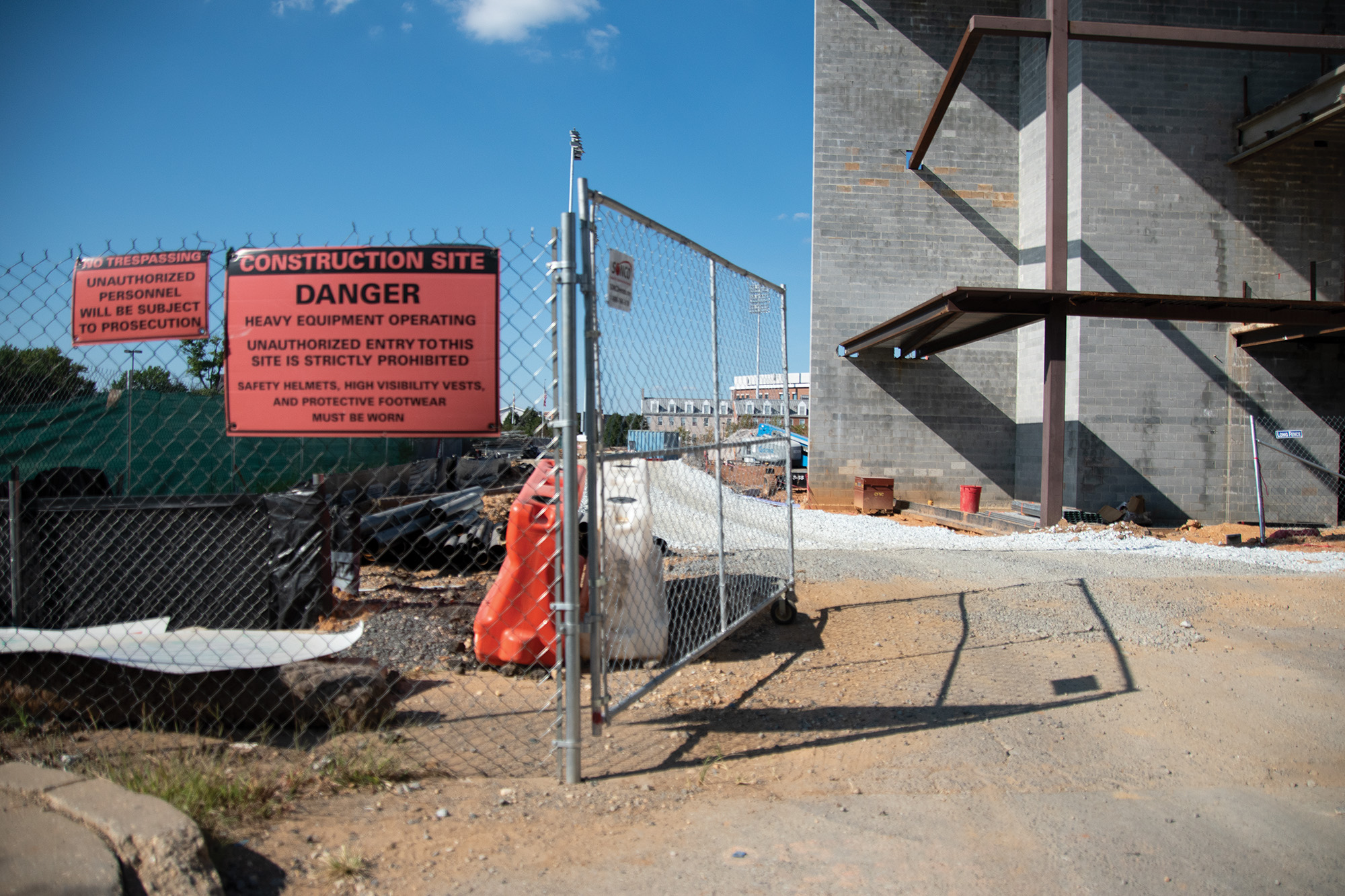 There’s several projects undergoing construction on the University of Maryland’s campus. Here’s some updates on a handful of the biggest ones.

Chemistry Building
Construction on wings 2, 3, 4 and 5 of the Chemistry Building will begin next month, said Bill Olen, planning and construction director for this university’s Facilities Management. In the past, students and faculty have complained about the building’s infrastructure and quality.

In wings 2, 3 and 5, the university will relocate many of the department’s research labs, which are currently in wing 1. The department’s administrative offices will be moved to wing 4, the original location of the chemistry library, which was merged into the STEM library in 2017.

The construction, which will last about a year, will cost $13.7 million, Olen said.

Work is ongoing for Cole Field House, which is expected to be completed by the end of 2020.

This fall, workers are finishing the “building end” of the project, which includes the windows, roof and metal siding, Olen said. Construction of the outdoor practice fields will also take place this fall.

The field house, which will cost $195.7 million, will house a new center for sports medicine. It’s through a joint partnership between this university and the University of Maryland, Baltimore.

The project was originally planned to be completed in late 2018.

Construction on the public policy school’s new building — which will be located between the Lee Building and Rossborough Inn — will begin near the end of this year, Olen said.

The estimated $52.4 million project comes after the expansion of the school’s graduate program and the creation of a new undergraduate program, Olen said. It will be funded by an anonymous donor and state and institutional funds.

The school will remain in its current home of Van Munching Hall until the project is complete, which is expected to be in 2022.

Preliminary work has begun on the $60 million IDEA Factory, which is expected to be done by the end of 2021.

In August, the university began work on the basement’s foundation, Olen said. The next phase of construction will begin during winter break.

The 60,000-square-foot building, which will be connected to the Kim Engineering Building and replace the Potomac Building, will have four laboratories dedicated to robotics, quantum technology, manufacturing and transportation. It will also include a student-run incubator and prototyping facilities.

A grant from the A. James and Alice B. Clark Foundation — which gave a $219 million grant to the university in 2017 — will fund about $25 million of the project.

The university is in the process of replacing all mechanical equipment in wing 2 of the H.J. Patterson Hall, work that will cost $14.5 million.

The equipment supports the heating and air conditioning of H.J. Patterson, Jimenez Hall and the University Health Center.

“It was breaking down at a higher frequency that we could live with,” Olen said. “It was affecting operation of the health center, so it became a critical item.”

While construction was taking place, the university also decided to renovate the second floor of wing 2 for academic uses. The project, which began in May, is expected to be completed next summer.

The Stamp Student Union’s north entrance is expected to be ready this month, Olen said.

The entrance will feature a small plaza with outdoor seating for students, and updates will make the area accessible to students with disabilities.

Construction on the project, which costs just over $2 million, began in May.