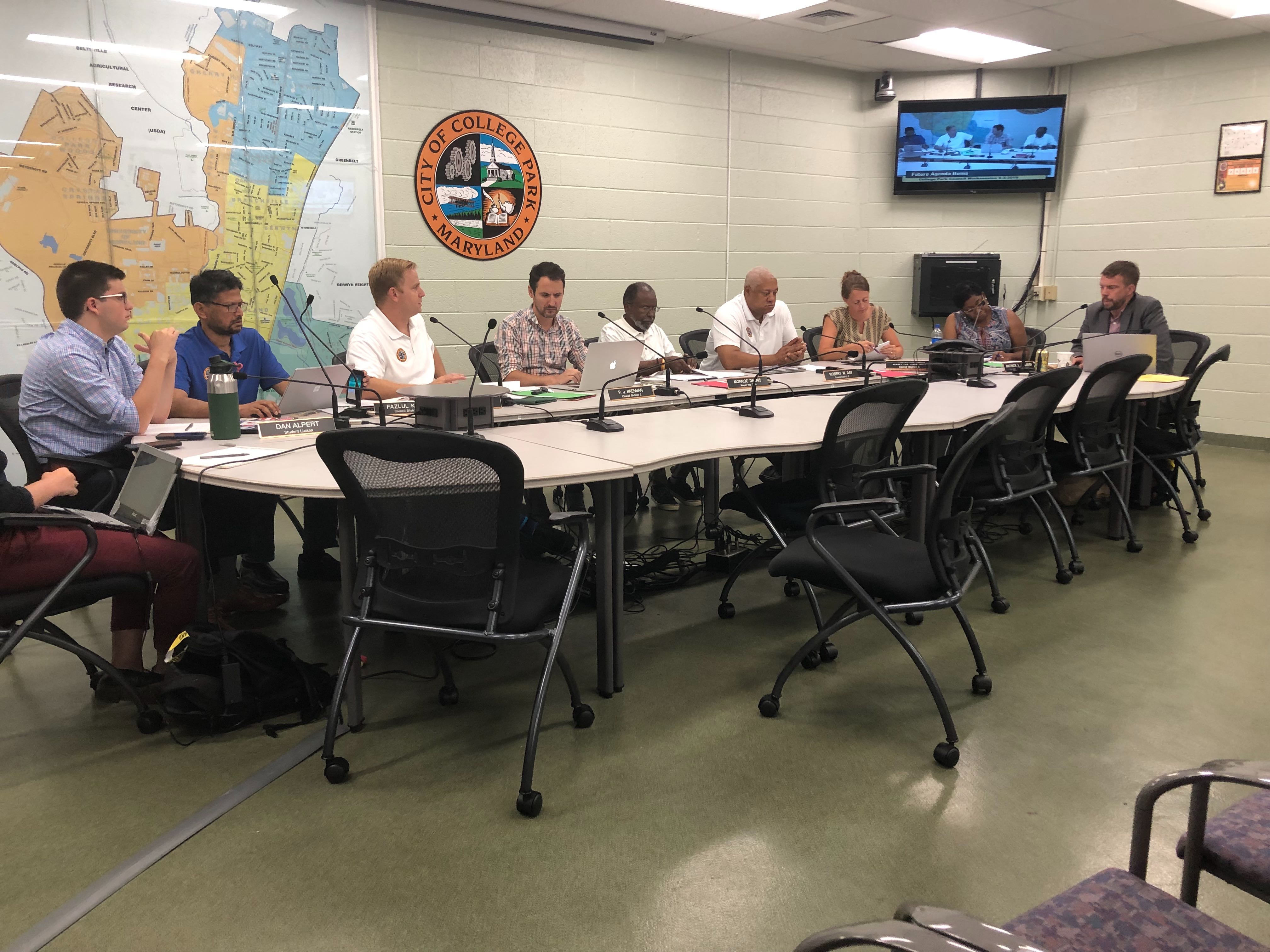 The College Park City Council discusses designs for the new city hall at its Sept. 3 meeting. (Angela Mecca/For The Diamondback)

Architects for the new city hall presented the College Park City Council with an updated design for the project at its Tuesday meeting.

The updated plan from architectural firm Design Collective, Inc. features the city council chamber as a focal point of the building, which will include municipal offices, university offices and retail space.

The chamber will jut out slightly from the building into a plaza, with the council oriented to face outwards towards Route 1. At night, the council chambers should serve as a “beacon” for the city, said Meredith Sullivan, a senior associate at the firm.

“It’s a civic building, and the design should represent that,” Sullivan said.

The chamber will include furniture that can be reorganized to accommodate different events, from council meetings, to worksessions and public hearings, said interior designer Sarah Matta. The firm is also considering incorporating public artwork and stone from local quarries, she said.

The plaza planned for the front of the new building could also now include a bus stop, cycle track and bike racks, as well as shaded seating areas.

“I continue to believe that the plaza here is the linchpin of this project,” District 3 councilman John Rigg said. “Open civic space that’s inviting to people and that brings amenities that would bring people who wouldn’t ordinarily be drawn to city hall to the seat of our civic life together, is important.”

Design Collective is also debating including a water wall or feature to make the plaza an interactive space, which is an essential quality of the project, said Mayor Patrick Wojahn.

“We are a university community and we are a place that is known for youth and vibrancy,” Wojahn said. “I hope that our city hall will reflect that.”

The design update comes only a few weeks after the city council voted to move forward on securing $14 million in bonds to finance the city hall project — despite opposition from residents, who argued the decision should be put to referendum this November.

The new building is part of a larger redevelopment project shared with the University of Maryland at Knox Road and Route 1, and is estimated to cost about $50 million.