In an effort to cut costs, College Park’s new City Hall could be shared with UMD 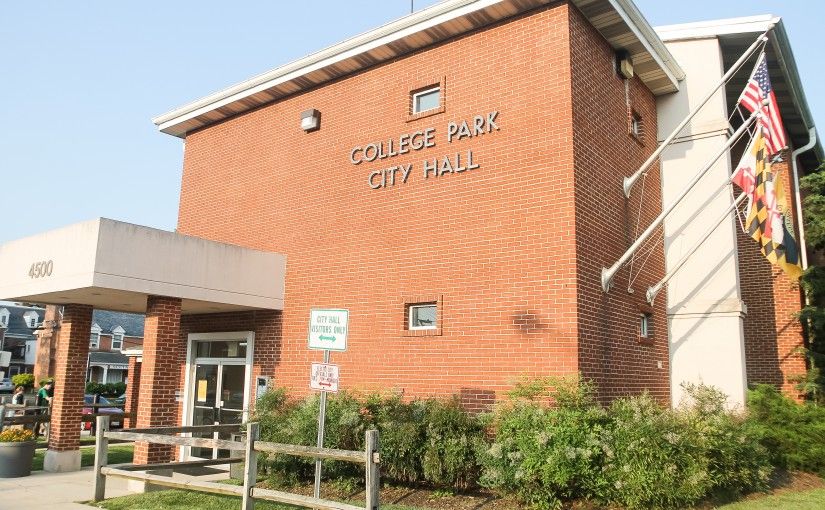 The College Park City Council weighed changing its plans for a new City Hall from two buildings to one at its meeting Tuesday night.

Earlier plans for the City Hall detailed separate buildings — one for city use, and another for university use. But on Tuesday, the city hall project team suggested a single, four-story building that the two entities would both use, according to the city agenda.

The project had previously been estimated to cost as much as $12.5 million, and the single-building design would help cut operational costs, such as sharing the use of elevators, said Scott Vieth, an architect and design principal at the architectural firm handling the project, Design Collective.

Vieth said he couldn’t say specifically how much could be saved by combining the two, and won’t have a cost estimate until the schematic design phase — when a rough design is presented to the council — sometime around mid-January. College Park Mayor Patrick Wojahn said in September that project costs would be a “shared burden” between the city and this university.

District 1 councilman Fazlul Kabir said residents are nervous about the potential cost of the project and asked for the city’s dollars to be stretched to reduce costs.

“This is probably the single most expensive project the city has ever taken,” Kabir said.

In multiple visioning exercises since September, city staff and residents voiced support for designs that would be open and inviting, help connect students with other city residents, expand retail options and add an outdoor plaza to attract community gatherings, Vieth said.

“We’re hoping that this building will be effective and useful for the next 50 years,” Somers said.

In planning for an outdoor plaza, Vieth said, designers are trying to create a central landmark that people will recognize and associate with the new City Hall to attract community members.

“We’ve jokingly called it the ‘Instagram Moment,’” Vieth said. “We really do like that idea and want to embrace that idea.”

The new City Hall development will be at the corner of Knox Road on Route 1 and will occupy the spots of some existing retail sites.

The city purchased the current Shanghai Café and Subway properties in March, and leases on the other sites — where Smoothie King and Hair Cuttery stand — are set to expire at the end of next year.

The council also passed resolutions to create a commission to explore the possibility of extending council members’ terms from two years to four years.

The Charter Review Commission will evaluate the pros and cons of extending the terms for council members, as well as gather feedback from city residents regarding the possible change. It will deliver its report to the council by May 31, 2019, and the body will decide whether to put it up for referendum in that year’s election.

The body also approved a detailed site plan for a new Maryland Hillel Center. It will be located on Yale Avenue at the same site Hillel occupied in the 1970s, and the Prince George’s County Planning Board will hold a hearing to consider the project on Nov. 29.

The council also voted to acknowledge the creation of an SGA Student Advisory Committee, which was planned in hopes of promoting dialogue with student groups, university staff and city officials.