Maryland football vs. Rutgers: How to watch and what to watch for 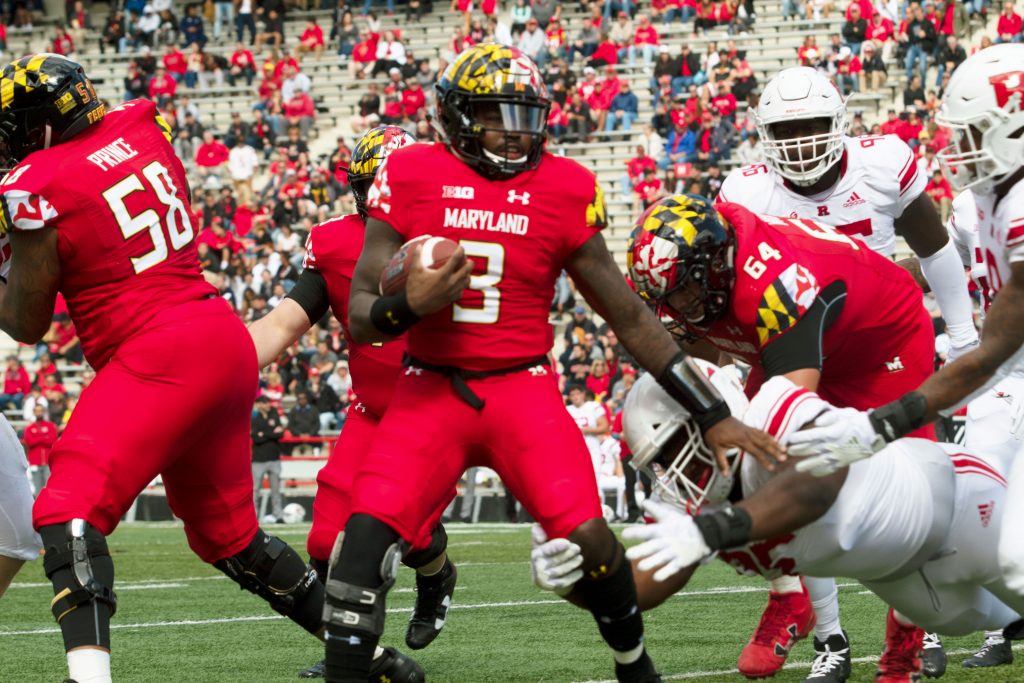 After an amazing two games to start the season, Jackson has struggled mightily. He combined to go 25/59 for 248 yards against Temple and Penn State, tossing one touchdown and three interceptions. Head coach Mike Locksley reaffirmed that Jackson is the starting quarterback, and if the Terps want to avoid an upset against the Scarlet Knights, he will need to recapture his form from the first two games of the season.

One of the biggest problems for the Terps in their two consecutive losses has been their offensive line play. Both Temple and Penn State were able to control the line, which made things hard for the Terps offense. Maryland is already down starting guard Terrance Davis, and both Johnny Jordan and Marcus Minor are game-time decisions. Whether or not Jordan and Minor play, the Maryland offensive line will have to step up.

Maryland’s defense is currently allowing over 270 yards per game through the air, and that number skyrockets to over 340 yards per game if you exclude the Howard game. Although Rutgers’ quarterback play has been less than stellar this season, they still have shown flashes of talent. Against UMass, the Scarlet Knights had 348 passing yards, and starter McLane Carter made some dazzling throws. Carter has missed the last two games with a concussion, but if he plays this weekend, Maryland will need to sure up the secondary.

Three things to watch for Rutgers

Two years ago, Campanile was the head coach for Bergen Catholic High School’s football team. He was hired as the running backs coach at Rutgers last year and took over as tight ends coach this year. After Rutgers fired their head coach Chris Ash earlier this week, Campanile was named interim head coach. Going from coaching a high school team to coaching a Power-5 football program in two years is a big jump, so it’ll be interesting to see how he handles his first test.

Pacheco was one of the lone highlights of Rutgers’ 2018 season, running for over 550 yards and three TDs on five yards per carry as a true freshman. So far this year, Pacheco has not been as efficient but has still been the best part of the Scarlet Knights’ offense. On 57 rushing attempts, he’s picked up 268 yards and found the end zone four times. Pacheco has also caught six passes this year, compared to only two receptions last year.

The other half of Rutgers’ running back tandem has been featured in the passing game a lot more than would be expected for a running back. Last year, Blackshear proved to be a versatile dual-threat running back, running for over 580 yards and catching over 40 passes. This year, he has 29 carries for just 88 yards but has 29 receptions for over 300 receiving yards. The Scarlet Knights will hope to use his versatility to keep Maryland’s defense guessing.