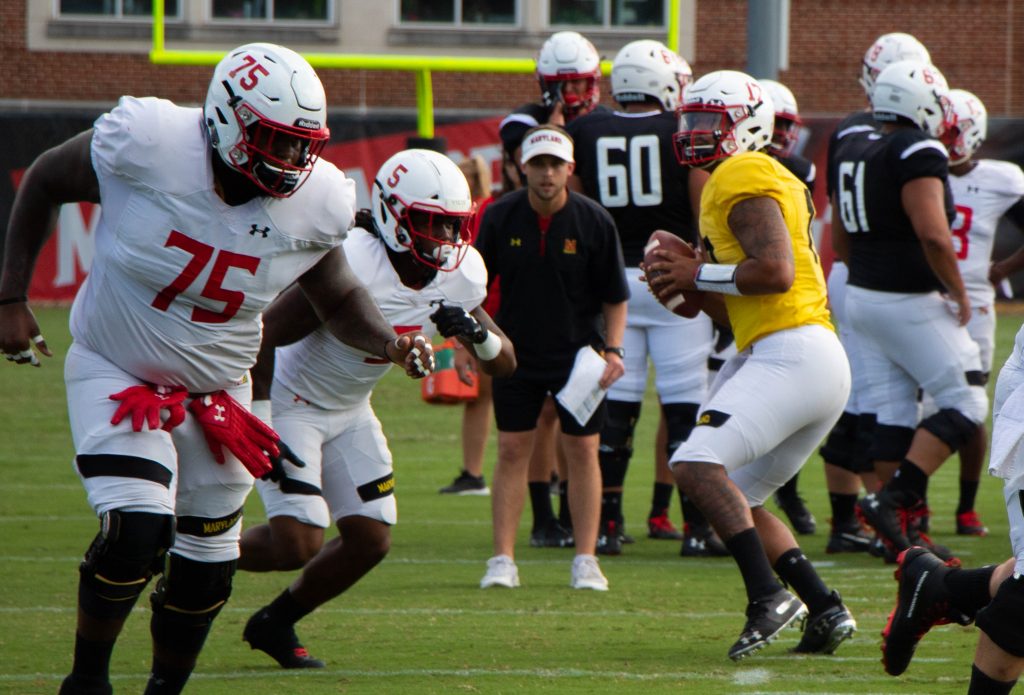 Austin Fontaine and Ellis McKennie will help fill the void Davis leaves at the right guard position. Fontaine converted to an offensive lineman during spring camp after entering as a defensive tackle, a shift made to combat a lack of depth on that side of the ball. Through three games this season, Fontaine has played 98 total snaps, with 48 of those coming in the 20-17 loss to Temple on Saturday.

McKennie has adopted a utility role for the Terps so far this season, playing left tackle, right tackle and center against Howard and Syracuse to provide rotation. He entered College Park as a guard, though.

“We already were thin there,” Locksley said. “When you lose a player of Terrance’s caliber — he was a three-year starter for the most part, he was playing at a high level for us — it’s still the next-man-up mentality.”

Davis, a senior from Temple Hills, missed four games in 2018 because of an ankle injury but featured in the other eight contests. And as a freshman and sophomore, he accumulated 25 appearances and 21 starts.

Davis and left guard Sean Christie were Maryland’s two returning starters from last year, while center Johnny Jordan and McKennie both have seen significant game time in the past. At left tackle, redshirt freshman Jaelyn Duncan has started two games in a row and Fontaine will see his role increased, adding inexperience to a front line that struggled against the Owls.

“The depth is not necessarily where we want it to be,” Locksley said, “but we still have enough able bodies. And then we just got to get these guys again playing fundamentally, a little cleaner than what we played on Saturday.”

After the loss to Temple, which included two fourth-and-goal runs stuffed in the backfield, Locksley didn’t blame the loss of Davis for the penetration — the first of those attempts came in the first quarter, with Davis still healthy.

But on Tuesday, Locksley made it clear that Anthony McFarland is the go-to short-yardage running back. McFarland may have been tackled behind the line, but both times there was a defender in his face.

“The two short-yardage plays, we had a run-through linebacker. He hit us two-yards deep,” Locksley said. “That guy is accounted for in our blocking scheme, and we didn’t execute our blocking scheme. So to me, that’s a fundamental issue. And that’s what we use this bye week to get kind of cleaned up.

“But I have no doubt in my mind that I’m going to give the ball to Anthony McFarland all day long on one yard,” Locksley continued, “and if we execute up front the way we should, he’ll figure out a way to get it in the endzone.”

Kicker Joseph Petrino also suffered a groin injury against Temple on his missed 42-yard field goal in the first quarter Saturday, and after his exit, Paul Inzerillo assumed kicking duties.

Locksley said Tuesday that Petrino will not kick for a few days to let the injury “calm down,” and he doesn’t expect to know more until Sunday.

“He didn’t tear it, so that’s a good thing,” Locksley said. “But he has significant pain down in that area.”