After a dismal offensive showing, Maryland football wonders where its confidence went 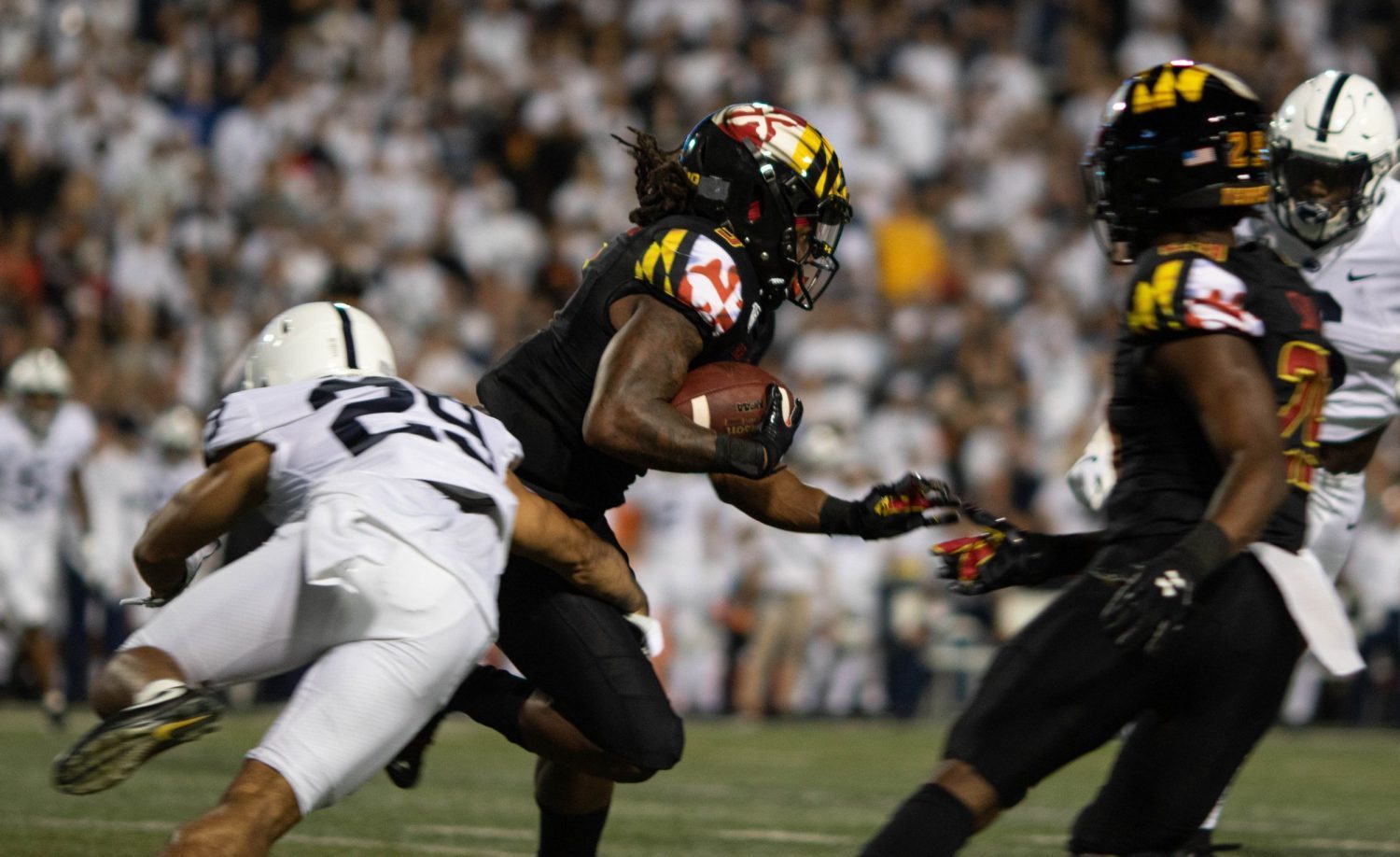 Perhaps it started once Maryland football punted the ball away after its fourth three-and-out of the first half. Or maybe it was earlier — the first-possession interception by quarterback Josh Jackson or carryover from a poor showing against Temple two weeks earlier — but it was there in plain sight for all 53,228 fans to see.

As coach Mike Locksley put it, there seemed to be a lack of confidence from his offense, a unit that scored 142 combined points in wins over Howard and Syracuse but stumbled in Week 3 against the Owls. And once more, when called upon Friday night against No. 12 Penn State, that offense fell flat, managing 128 total yards and zero points.

That performance — or lack thereof — doomed Locksley to his first shutout since he was offensive coordinator for the Terps in 2015. Beyond that, though, it draws concerns over what Maryland can do as Big Ten play ramps up. For the second straight week, the offense has looked out of sync. Its offensive line has thinned through injury, its quarterback play appears hit-or-miss and its running backs have found little room to maneuver.

And against the Nittany Lions, those inefficiencies boiled over into Friday night’s catastrophe.

There would always be an asterisk next to anything Maryland did against Howard, an FCS opponent, but 79 points and 623 yards built excitement around what Locksley’s scheme could bring against more formidable foes. There was an improved passing attack with Jackson under center and the team gained 317 yards on the ground.

And when the Terps followed that up with a win against then-No. 21 Syracuse, there seemed to be validation for their season-opening onslaught. After 650 more yards and 63 more points, Maryland leapt into the top-25 rankings.

The offense only scoring 13 points against Temple — in addition to four more via safeties — was brushed off as a fluke, though. But Friday’s shellacking left the Terps searching for answers as to where the confidence from the first two games went.

“I’m not sure. I wish I could tell you,” offensive lineman Ellis McKennie said. “That’s something that we’re going to have to watch the film and see what happened and see when it started to derail and hopefully get it fixed.”

Still, there were more issues at play Friday than Maryland’s offense. Nittany Lions quarterback Sean Clifford lit up the secondary for 398 yards and three touchdowns while the Maryland pass rush failed to bring him down once. Wide receiver K.J. Hamler took a pass 58 yards to the house, gallivanting through the Terps’ defenders with relative ease.

Those two players were a major factor in the Nittany Lions’ four straight touchdowns to open the contest. It would have taken a flawless showing to keep up with Penn State’s firepower.

“Penn State made some great plays,” linebacker Keandre Jones said. “It’s a long season, a tough loss, and we go right back to the drawing board.”

But there wasn’t much life from Maryland’s playmakers. Jackson finished 10-for-21 for 65 yards and two interceptions. Running back Anthony McFarland picked up 24 yards on nine carries, and tailback Javon Leake managed 1.7 yards per carry for 10 yards total.

And to cap the Terps’ most promising drive Friday, when the deficit was still just 14 points, Jackson’s second interception ended a 14-play series at the 5-yard line. The gunslinger again fired to a defender in underneath coverage, and Maryland never looked close to threatening the shutout again.

“It just comes from not executing,” Locksley said. “When you call plays and they’re not being executed, obviously that creates a little doubt. That creates the lack of confidence.”

Maryland doesn’t know when its offensive confidence first slipped away. But there was no doubt it did, amounting into a lopsided loss to Penn State for the third straight season to leave plenty to ponder over this week.

“Through the first two weeks it seemed like we had that [confidence],” McKennie said. “It’s dropped off over these last few weeks, but this week at practice it’s definitely something we have to focus on, getting a little bit of swagger back.”