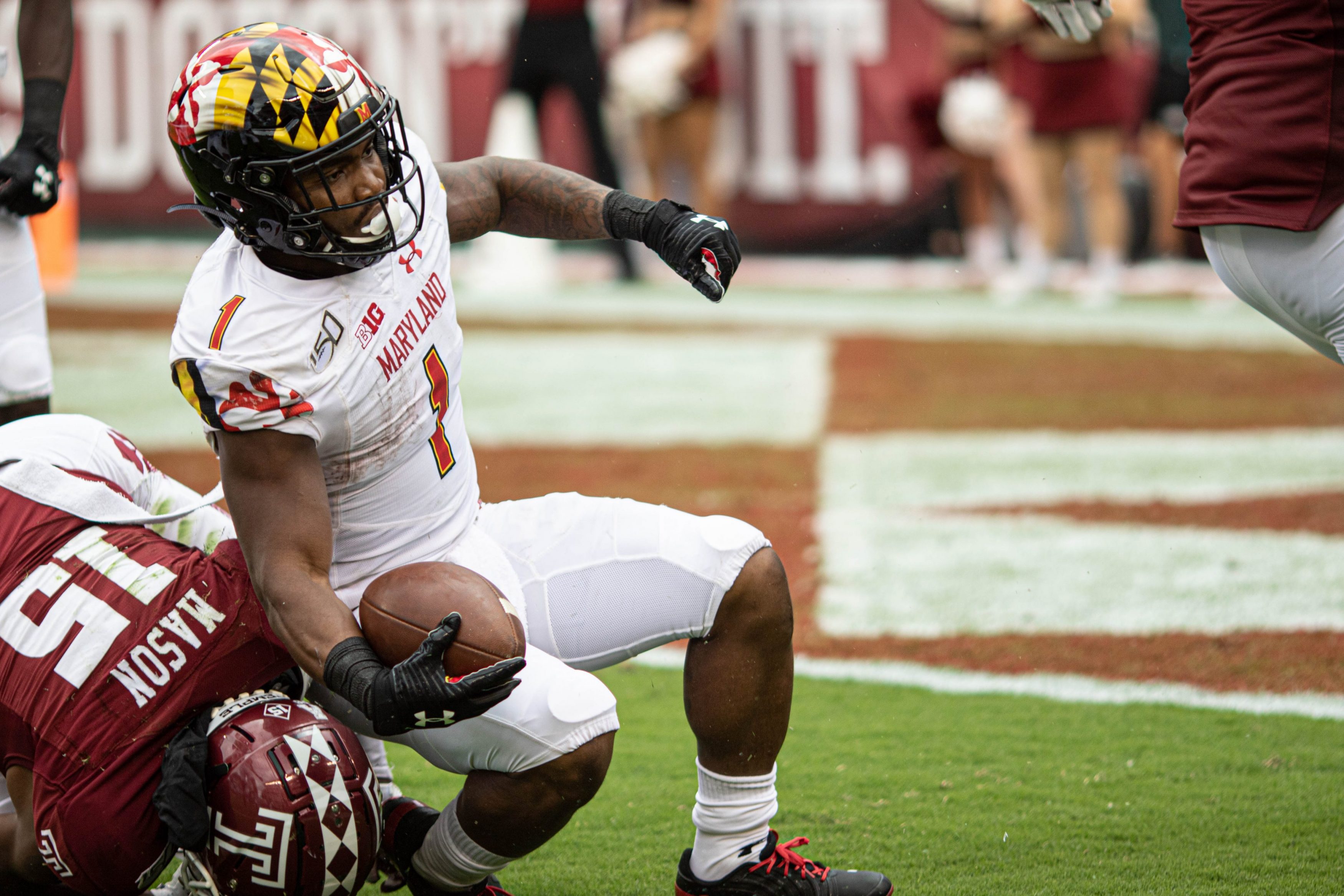 Maryland football wide receiver DJ Turner has been charged with driving under the influence of alcohol after being stopped Sept. 20 by University of Maryland police. The DUI was one of 12 traffic-related misdemeanors listed for Turner, according to state judiciary records.

Turner was stopped at 1:23 a.m., records show, on Baltimore Avenue near Fraternity Row. The senior was also charged with willfully disobeying a lawful order and the directions of a police officer, spinning the wheels of his car, failure to stop at a stop sign line and using the horn when not reasonably necessary for safety, among others. In total, records show $1,450 worth of fines.

The Glenarden native did not play in Friday night’s 59-0 loss to Penn State, a decision coach Mike Locksley made.

This isn’t the first off-field issue Turner’s had.

In 2016, when Turner was a freshman at Maryland, he and running back Lorenzo Harrison were charged with three counts each for second-degree assault and reckless endangerment as well as one of school molestation stemming from an on-campus airsoft gun incident.