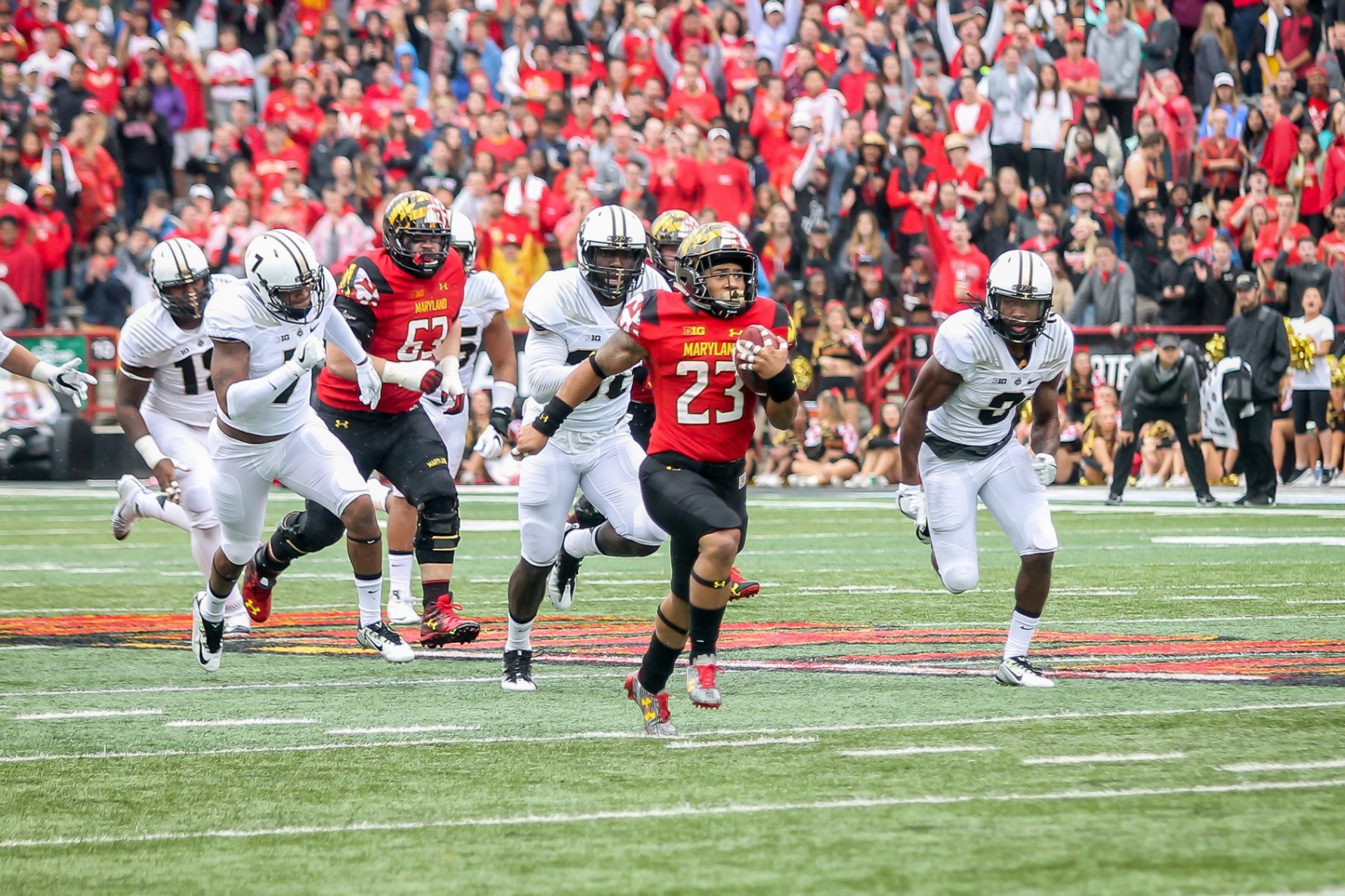 Maryland football running back Lorenzo Harrison and wide receiver DJ Turner have been charged with three counts of second-degree assault and reckless endangerment for the on-campus BB gun incident, according to the University of Maryland Police Department.

Local statute prohibits anyone from threatening “with bodily harm any student, employee, administrator, agent or any other individual” who is on or near the grounds of an institution of higher education.

“We are aware of the situation and take these matters very seriously,” the athletic department said in a statement. “The two student-athletes involved have been suspended indefinitely for violating the student-athlete code of conduct. This matter has also been referred to the Office of Student Conduct for further review.”

Three UMD students were struck by pellets during the BB gun incident, which occurred Nov. 6. Police have now determined that airsoft guns were used.

The team announced about an hour before facing Ohio State on Saturday that Harrison, along with Turner and linebacker Antoine Brooks, were indefinitely suspended for violating the student-athlete code of conduct.

Brooks was not charged and is no longer suspended, according to the athletic department.

Coach DJ Durkin declined to provide details on the three freshmen’s offenses, but admitted their absences were a “distraction.”

“Those guys violated the student-athlete code of conduct,” Durkin said after the loss Saturday. “I have tremendous respect for this university and for Dr. Loh on down to the great people who make up this community. Certainly, we take those things very seriously, and that’s how they’re dealt with, and I have a tremendous amount of respect and love for those guys involved. I love those guys like my own, so it’s tough both ways.”