Maryland football ranked No. 21 in AP poll, its highest position since 2006 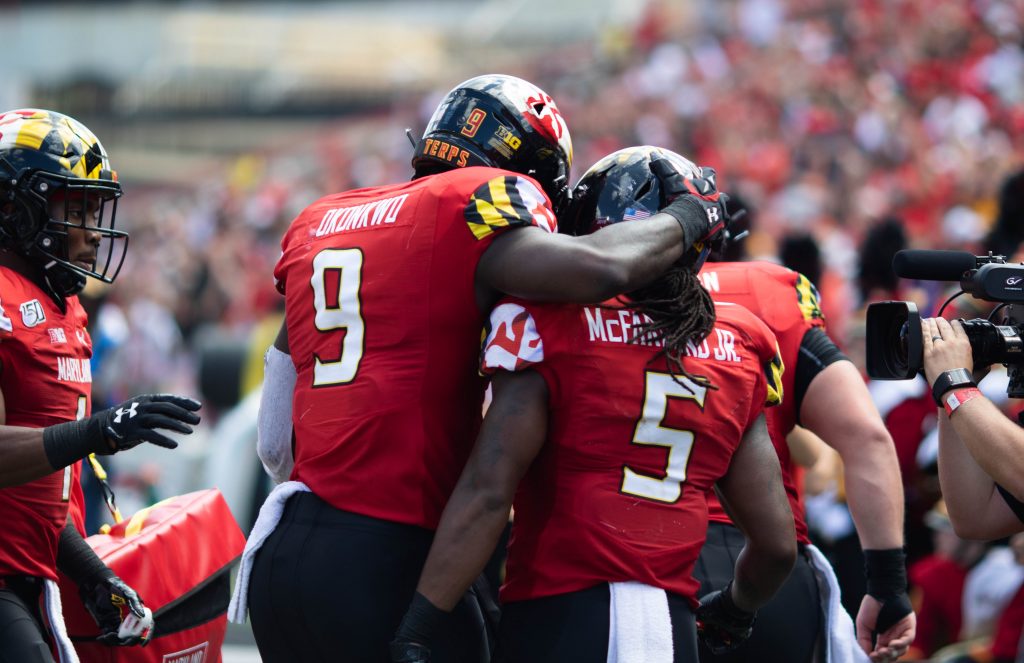 Maryland football has leapt to No. 21 in the country in the latest AP poll, following a 2-0 start to the season. The Terps haven’t been ranked since 2013 — they were No. 25 before losing 63-0 to eventual national champion Florida State — and this is the highest the program has been ranked since 2006.

In Mike Locksley’s first season as full-time coach in College Park, his squad has enjoyed an explosive start. Maryland leads the country in points scored, demolishing Howard in Week 1, 79-0, and following it up with a statement-making 63-20 victory over then-No. 21 Syracuse.

This is the first time the Terps have been ranked since entering the Big Ten, a conference they’ve struggled to adapt to in football — since 2014, the most conference wins Maryland has earned was four in 2014.

Still, with 142 points through two weeks behind quarterback Josh Jackson, plenty of running back talent and a defense that’s flashed playmaking ability, it’s not shocking the Terps have snuck into the national conversation.

Maryland is one of seven Big Ten teams ranked, and Locksley’s squad will face four of those before the end of the year: No. 6 Ohio State, No. 10 Michigan, No. 13 Penn State and No. 18 Michigan State.

Next week, Maryland will visit Temple for another test. The Owls beat the Terps in College Park, 35-14, last season after another 2-0 start, which included a win over a ranked Texas team for the second consecutive year.