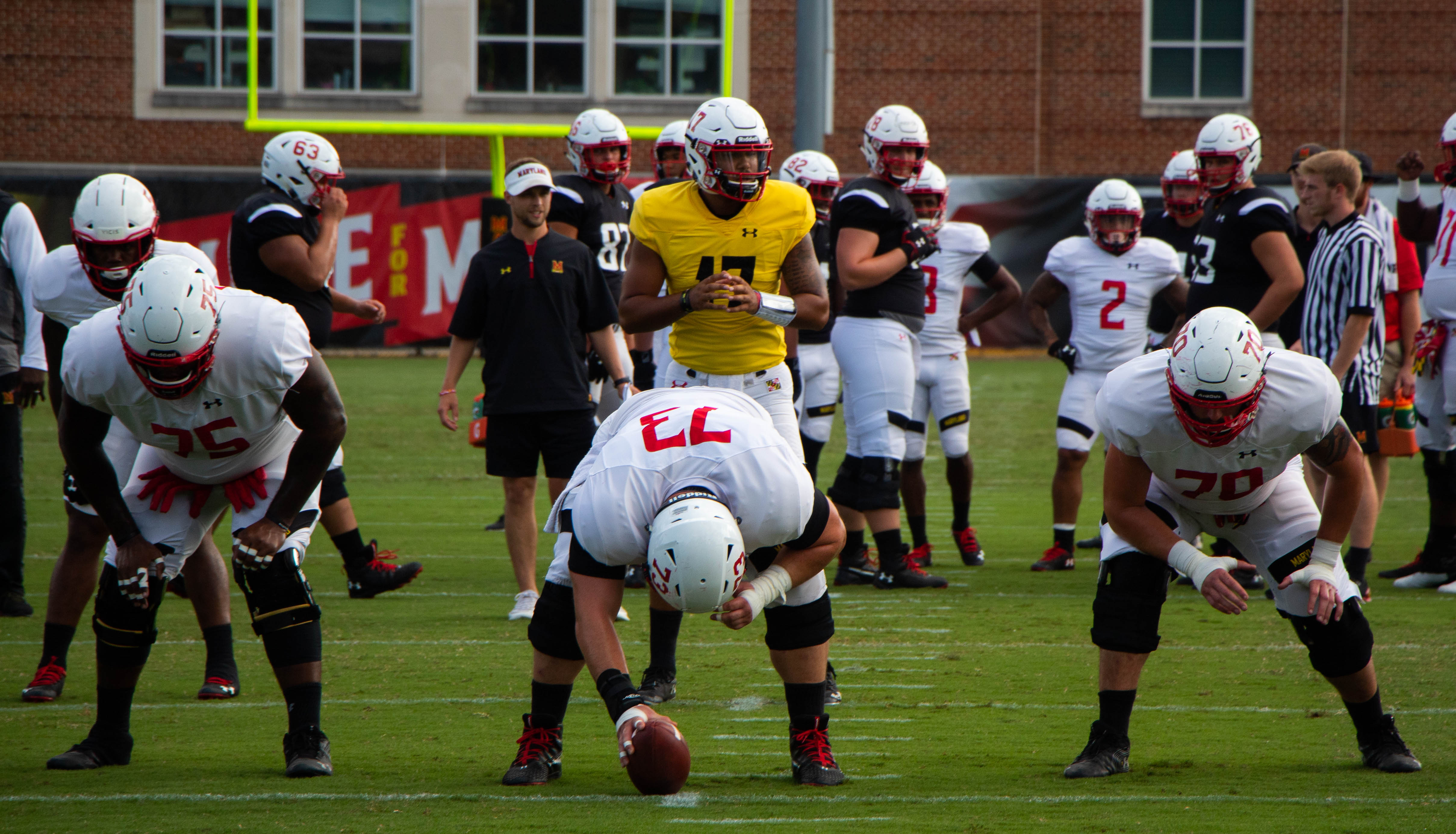 Josh Jackson heard the talk. He knew that Maryland football, despite missing a bowl game in 2018, had a plethora of offensive standouts.

But seeing is believing, and once the graduate transfer quarterback out of Virginia Tech watched a spring practice in College Park, the talent that would surround him on Aug. 31 became clear. The shiftiness of Anthony McFarland, speed of Javon Leake and potential of the tight end room all impressed. They were rumors no longer.

Jackson’s discovery turned into belief that this offensive unit — one that finished 94th in total offense and 68th in scoring last year — could come together as a dynamic threat in 2019.

Coupled with new head coach Mike Locksley’s offensive playbook, a scheme that drove Alabama to another national title appearance and earned Locksley the Broyles Award, the Terps are banking on improvement from their offense’s underwhelming 2018 performance. Saturday’s season opener against Howard will offer the first clue if the hype can formulate into fact.

“This offense has a lot of weapons,” Jackson said. “We have a chance to surprise a lot of people.”

[Read more: “Like night and day”: With coach Mike Locksley, Maryland football has grown off the field]

Since Locksley arrived in December, excitement has built for what his Alabama offensive philosophies might achieve at Maryland. The Crimson Tide are traditionally better known for their stifling defense than blistering offense. But in 2018, Alabama scored the third most points in the country and compiled the sixth-most total yards — a task no doubt made easier through the loads of talent Locksley had at his disposal.

But the Terps’ coach made a distinction at his press conference Tuesday — they’re not in Tuscaloosa anymore.

“Well, it’s a Maryland offense now,” Locksley said. “And it has a lot of the characteristics of the things that we’ve done here at Maryland. Obviously, me coming from Alabama as a play-caller, the systems will be very similar.”

There was little to glean from the Terps’ spring game in April. Jackson, finishing his degree in Blacksburg, Virginia, wasn’t yet with the team. And his backup, Tyrrell Pigrome, was out with an injury. Still, without the top two quarterbacks, it became evident Locksley would find ways to involve his top players, even if they’re out of position.

McFarland has been used in the slot during fall camp, offering a different look for defenses and taking advantage of the depth at that position. Tight ends, such as Chigoziem Okonkwo and Tyler Mabry, can line up wide and create mismatches with their size.

“[Locksley’s] offense is designed to get the playmakers the ball in space,” McFarland said. “We have a lot of talent on the offense, a lot of depth. We’re ready to showcase that.”

Maryland is without wide receiver Jeshaun Jones, who tore his ACL in early August, slimming the pass-catching options for Jackson. DJ Turner is the only wideout who caught a touchdown last year set to suit up this season.

But Maryland believes, despite the query hanging over their wide receivers, the ample amount of proven playmakers in other positions and Locksley’s offensive mind can combine to create success for the Terps.

“[The playbook] might be coming from Alabama,” Jackson said, “but we’re going to have our own twist on it.”