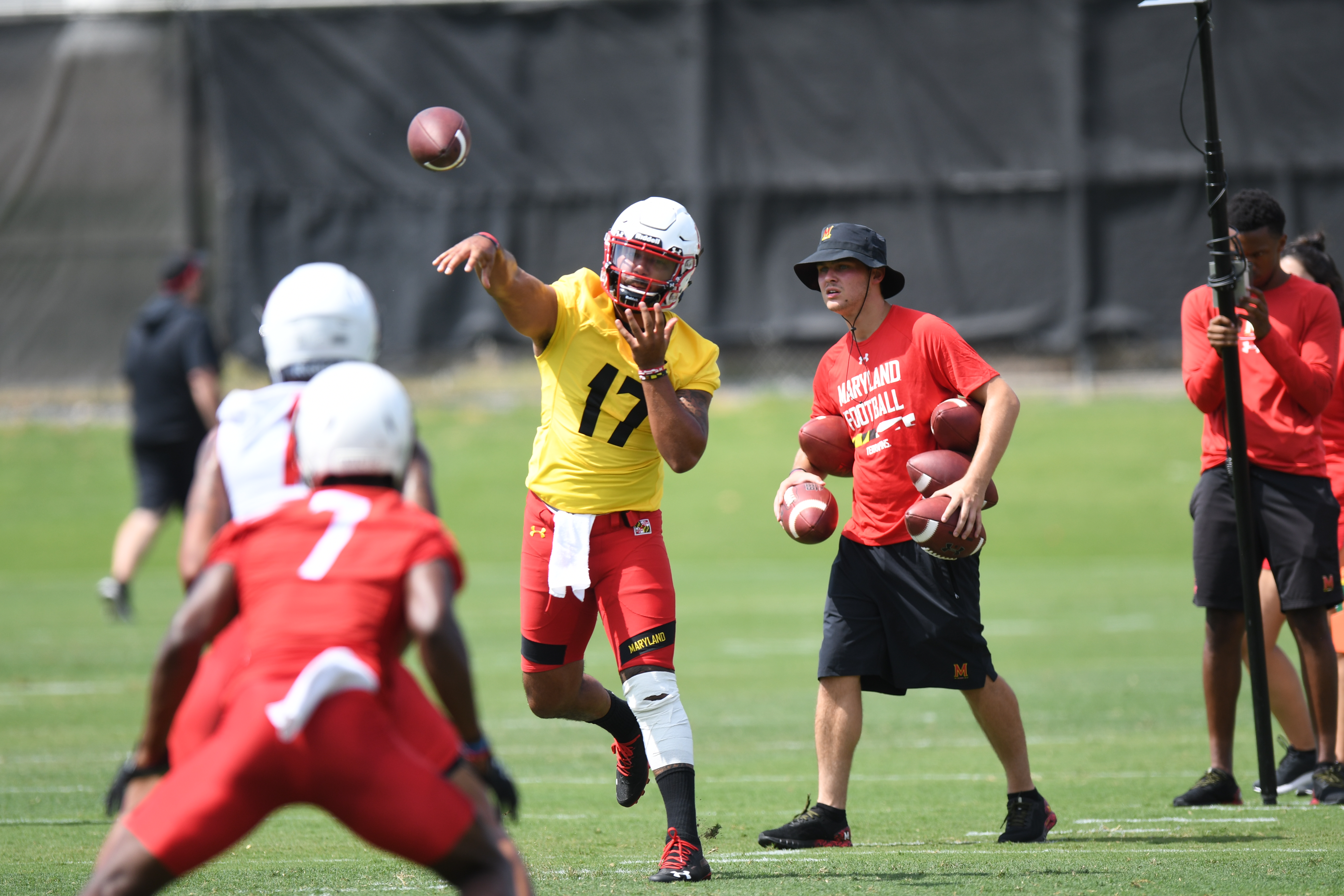 Once coach Mike Locksley delved into the transfer portal in search of a new quarterback for Maryland football, it always seemed the newcomer would have the edge for the Week 1 starting job.

But during fall camp, Virginia Tech graduate transfer Josh Jackson had been pushed by the quarterbacks already on the Terps’ roster. There was redshirt junior Tyrrell Pigrome, redshirt freshman Tyler DeSue and true freshman Lance LeGendre. Locksley — perhaps allowing some of what he learned from Nick Saban at Alabama seep into his answers — made sure to talk up each gunslinger, not just Jackson.

On Monday, Locksley announced Jackson as the signal-caller leading Maryland this year, ending a quarterback battle that seemed mild at first but picked up steam throughout the offseason. The head coach left the option open for Pigrome to see time on the field too, however.

“After an extremely tight camp battle, we felt that Josh earned the starting role,” Locksley said in a release. “ We are excited about the talent in the quarterback room and strongly feel that we can win with both [Jackson and Pigrome]. We’ll find ways to utilize each of their talents, but are confident with Josh leading the team.”

Jackson missed most of the 2018 season with a broken fibula, but the 6-foot-2 quarterback lit up the stat book for the Hokies in 2017. He threw for 2,991 yards and 20 touchdowns in 13 games that season and added 324 rushing yards and six touchdowns on the ground.

The last time a Maryland quarterback threw for as many yards as Jackson did in 2017 for the Hokies was Scott Milanovich in 1993, who racked up 3,499 yards as the Terps’ starter. Jackson will be the first transfer quarterback to start immediately since Shaun Hill in 2000, according to Patrick Stevens.

Pigrome featured in 11 games last season but rarely threw, as Kasim Hill controlled most of the action under center. After Hill tore his ACL, Pigrome started the final two games of the campaign, nearly guiding the Terps to an upset over then-No. 9 Ohio State. His last throw, an attempt toward wide receiver Jeshaun Jones for a would-be game-winning two-point conversion, fell wide.

[Read more: As Kasim Hill departs, Maryland football fans are left wondering what could have been]

Pigrome finished the season with 561 yards and two touchdowns through the air, whereas Hill transferred to Tennessee.

“They all do have slightly different playstyles,” wide receiver Brian Cobbs said after practice last week. “But at the end of the day, whoever ends up starting, we’re going to be in a good spot because they’re all doing great things right now.”