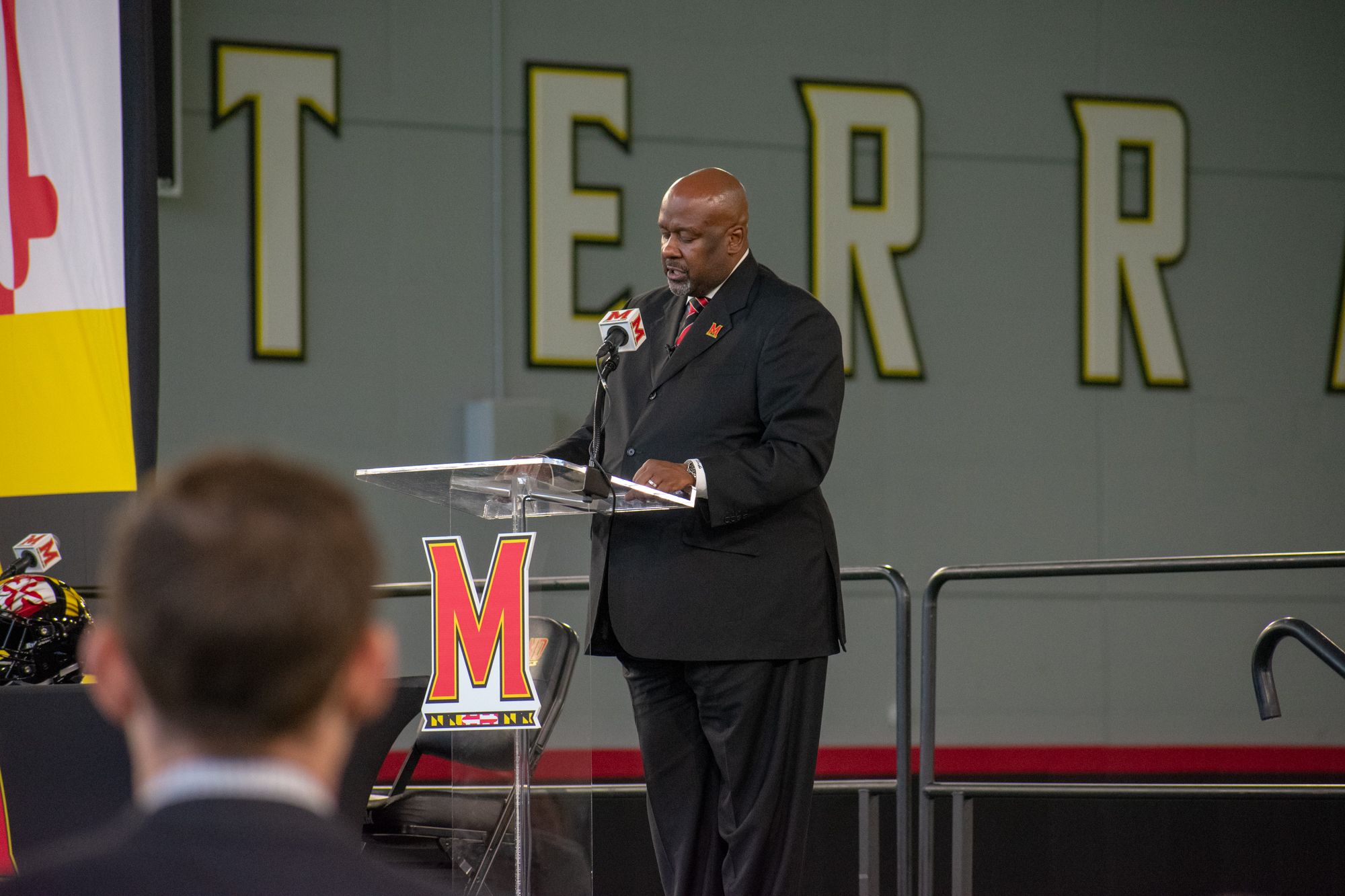 In so many ways, Alabama is a well-oiled machine. The Crimson Tide have won half the NCAA title games in the last decade, powered by an offense that has consistently reloaded, even as its talent, year after year, has made the jump to the NFL.

Mike Locksley came close to adding another championship to Alabama’s already overflowing horde of trophies last year as the offensive coordinator. But his edition of the Crimson Tide offense — a machine that featured the third-best third-down conversion rate in the country — fell short of the finish line, its staple efficiency abandoning it at the wrong time.

In that 44-16 loss to Clemson, Locksley’s offense completed just four of 13 third-down attempts. There was more to blame in the 28-point defeat than third-down efficiency, but it was a noticeable malady for the nation’s premier offense — and its top coordinator. Locksley went on to win the Broyles Award, presented to college football’s top assistant coach, before joining Maryland football as its head coach.

In Locksley’s first scrimmage of fall camp, a similar affliction struck his Terps offense. During the intrasquad scrimmage at Maryland Stadium on Saturday, Locksley put a focus on his offense’s third-down conversion capabilities, calling for improvement with less than a month before the first game of the season.

“Defense, I thought we did a really good job on third down,” Locksley said. “Offensively … we got to get that thing fixed.”

Locksley voiced his frustrations with his quarterbacks, who struggled to extend drives Saturday. Among the players competing for the starting job are freshman Lance LeGendre, a four-star commit; junior Tyrrell Pigrome, who appeared in 11 games last season; and redshirt junior Josh Jackson, a transfer from Virginia Tech.

It seems to be Jackson’s job to lose, though the quarterback is at a slight disadvantage having missed spring camp as he finished his degree in Blacksburg, Virginia.

“A good quarterback has to win on third down,” Locksley said. “I don’t think any of those guys did a good job in our third-down segment.”

In 2018, the Terps’ quarterbacks — Pigrome and Kasim Hill — struggled with accuracy. They completed just 55 percent and 49 percent of their throws, respectively. Hill entered the transfer portal in February.

And while the quarterback competition remains fluid, new offensive weapons are expected to step up as Maryland looks to improve both its third-down efficiency and its offensive production as a whole.

Wide receiver Jeshaun Jones, a freshman standout in 2018, tore his ACL at practice Aug. 5 and is out for the season. That opens the door for a bevy of young wideouts, such as four-star freshman Isaiah Hazel, sophomores Darryl Jones, Dontay Demus and Brian Cobbs, and junior transfer Sean Savoy.

No matter who takes the field when the Terps open their season Aug. 31 against Howard at Capital One Field at Maryland Stadium, Locksley has faith that his Maryland offense will look more like the dynamic machine that got Alabama to the championship game, rather than the one that struggled in it.

“I’ll hold my judgment until I watch the tape a little more closely, because a lot of it goes in to decision-making,” Locksley said. “Again, the guy that plays quarterback for us, the starter, will be a guy that takes care of the football, first and foremost, and secondly puts points on the board in a productive way.”