Inside how Maryland football secures its nonconference game schedule 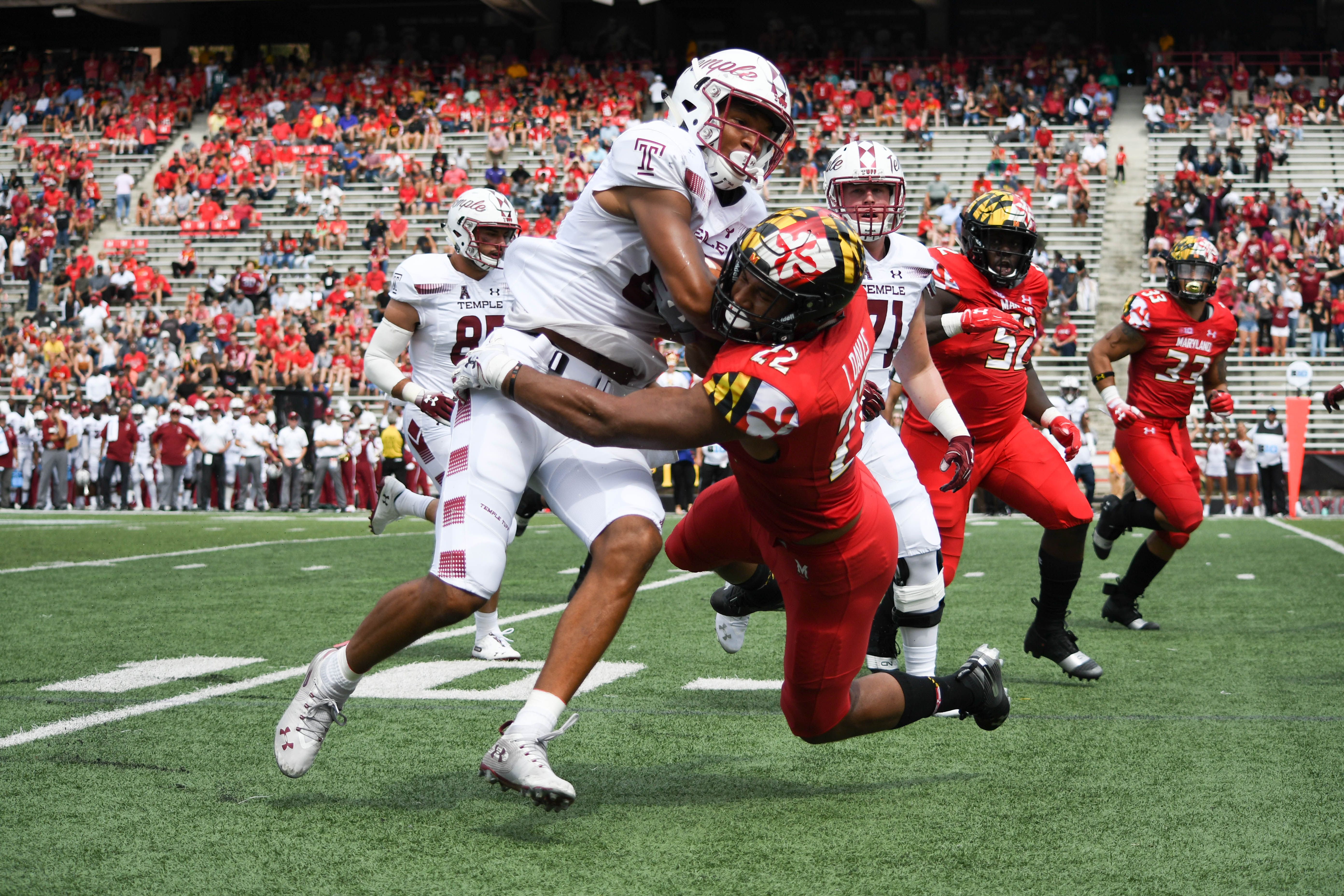 The Terps and the Owls first signed a game series contract on Sept. 26, 2005, according to documents obtained by The Diamondback through a public information request, with four matchups scheduled between 2011 and 2014.

Such is life for college football nonconference schedules, often negotiated and planned years in advance, with elaborate contracts detailing everything from financial considerations and cancellation terms all the way down to the referees who will be used and how many parking passes and game programs the road team will receive.

Before the floodlights come on and the game gets going, almost everything is choreographed and detailed far ahead — all but the final score.

“I was a little shocked myself how far out they went,” said Colleen Sorem, Maryland’s deputy athletic director. “Coaches can change, conferences can change right now, but it’s just kind of the philosophy of football at this point. You really have to keep up in order to make sure you’re not becoming behind competitively.”

Sorem said she’s worked with Maryland’s football scheduling for about three years, but her responsibility increased when athletic director Damon Evans named her deputy in June 2018.

Since then, she’s been central to the Terps’ nonconference scheduling, balancing Big Ten requirements — such as how many FCS teams a school can face — with outlines for the ideal opponent provided by the coaching staff.

It’s a process made easier through Gridiron, a software developed by former ESPN executive Dave Brown, that displays the upcoming schedules for colleges deep into the future. Through that service, Sorem can find potential matchups.

“And other times, it starts with relationships,” Sorem said. “But really, when it gets down to the nitty gritty, you need that software to see who has what open.”

Maryland began using Gridiron in 2015. And while college football scheduling has been planned far in the future for years, Brown’s service makes it easier to coordinate with other schools.

In 2019, Maryland will face Howard, Syracuse and Temple in its nonconference slate. The latter two are concluding a home-and-home series first agreed to in 2013 and 2005, respectively.

While Maryland, like most schools, uses a template contract for most of its terms, the home-and-home deals can lead to variations from what’s usually offered.

“You’re willing to make a little bit more concessions for a home-and-home, because you know that you would be getting that in return,” Sorem said. “So for me, if somebody is asking for 500 tickets as opposed to 300 tickets, I may be willing to give them that if they’re going to return the same thing when I go there next year.”

The same thing goes for local teams. Howard, less than 10 miles from College Park, will receive $350,000 to play at Maryland Stadium on Aug. 31, as well as 300 complimentary tickets. The Bisons’ contract also includes 4,000 tickets to sell to their fans, if the school requested them by June 1, 2019.

Howard’s band will be present, a complimentary suite will be provided for the visiting team’s university president and 14 coaches’ booth passes will be handed out.

There are similar terms for Syracuse and Temple. The Orange will get $400,000 — they paid the Terps the same amount in 2014, helping to cover travel expenses for that year — and 400 complimentary tickets for the matchup on Sept. 7. Temple and Maryland will have swapped $150,000 four times when they meet the following week for the final game in their scheduled series.

“We know what we are able to give for parking passes, we know complimentary tickets, what we’re willing to give,” Sorem said. “We pretty much have a standard checklist that we’re sending to almost every school that we work with.”

It’s a safeguard hardly necessary, but one that’s in place to protect against a last-minute scramble to find a new opponent — and provide the money necessary to form a new deal. There can be competition between teams to find foes, particularly the closer the game date is.

Sorem said she’s currently finalizing a deal for the 2025 season, and the Terps have contests scheduled as far away as 2028. For college football nonconference schedules, planning ahead is more necessity than luxury.

“It’s crazy how it’s happened, but a lot of it is about choice and about what’s left,” Sorem said. “The farther out you go, the more options you have.”