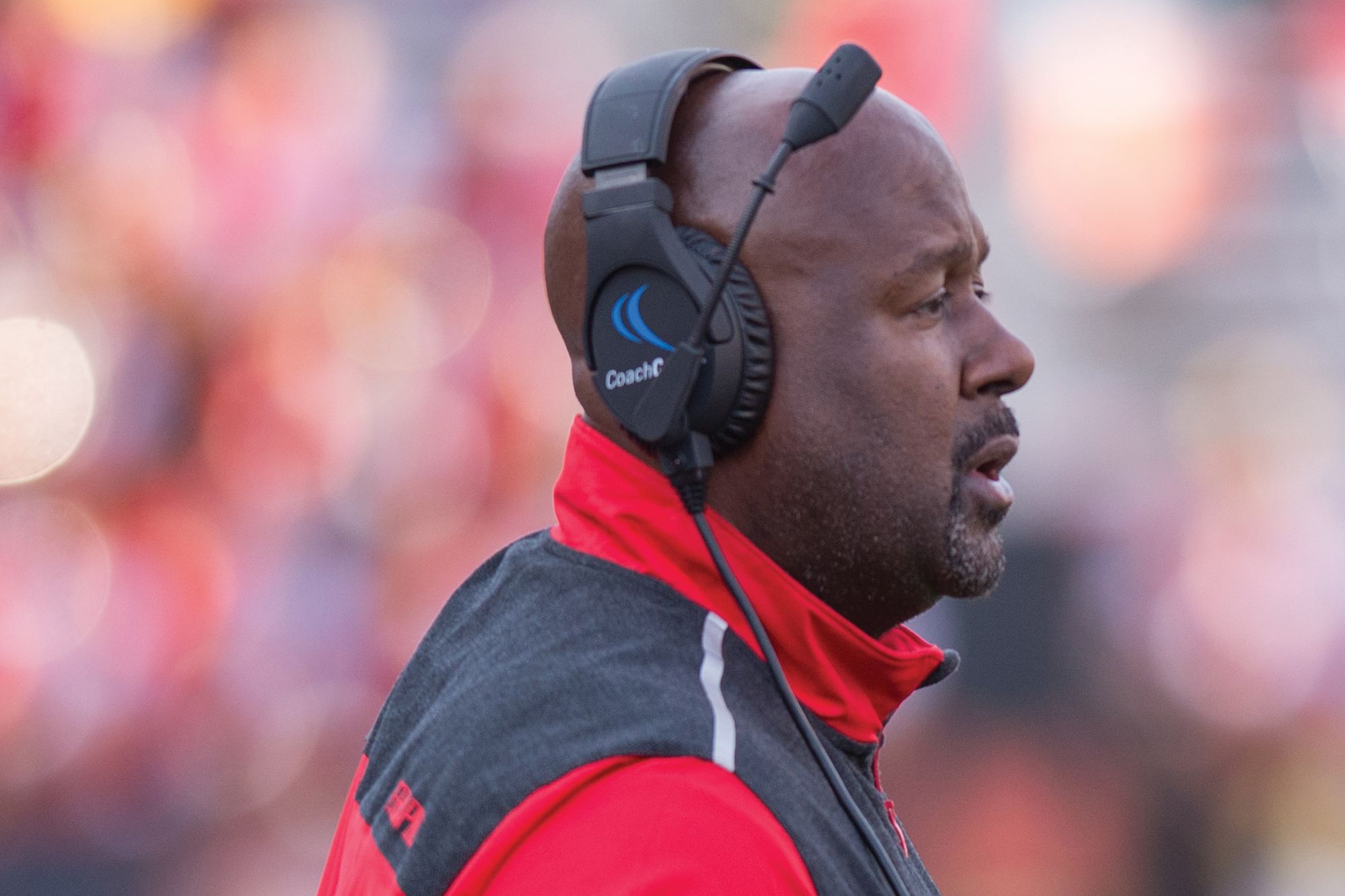 The night before answering an onslaught of questions at Friday’s preseason media day, Maryland football coach Mike Locksley had one of his own questions answered.

The NCAA notified the Terps on Thursday night that linebacker Keandre Jones, who transferred from Ohio State, had his waiver for immediate eligibility approved.

With Jones joining Shaq Smith, a graduate transfer from Clemson, Maryland’s revamped defense under coordinator Jon Hoke has two former five-star prospects to solidify what had been an otherwise young linebacking corps.

“The addition of Shaq is big for us because we do play a 3-4. You have Keandre and Shaq as your outside linebackers, you have Chance [Campbell] and [Ayinde Eley] as your inside linebackers,” Hoke said. “They have athletic ability, they have length and they have instincts for the position. … For us, we feel like it could be a strength with us moving forward.”

Smith and Jones are both moving into new positions as 3-4 outside linebackers, which entails a significant amount of rushing the passer off the edge. With the depth of Campbell, Eley and Isaiah Davis at inside linebacker, the talented transfers found a home quickly on the outside edge of Hoke’s scheme.

This opportunity with the Terps represents the first time in both players’ careers that they’re expected to be the main difference makers from their position.

The transfers will be called upon to ramp up the pressure for a Maryland defense that finished tied for 112th in the nation in sacks per game, with 1.50. The defensive scheme as a whole emphasizes that heightened attacking style.

“My charge for Jon Hoke and the staff on the defensive side of the ball, we want to pressure people, we want to be aggressive,” Locksley said. “I don’t want to be a bend, don’t break [defense].”

Hoke anticipates that the 3-4 alignment will put pressure on opposing quarterbacks from different areas without tipping off where those blitzes are coming from. For the majority of the time, though, blitzing can be expected from Jones and Smith, a tandem that’s years in the making.

Jones, an Olney native, and Smith, from Baltimore, grew up playing against each other in youth football and in high school. The two nearly joined forces out of high school three years ago, when both strongly considered Maryland before signing with Ohio State and Clemson, respectively.

“Ever since I’ve known Keandre, it’s always been playing against Keandre,” Smith said. “He’s always been a guy like I wish he was on my team. So to know you’ll have that caliber of a guy on your team, it’s a warm feeling.”

While Jones just learned of his eligibility Friday, ahead of the first day of training camp, he’s been at Maryland since spring 2019. Smith graduated from Clemson before arriving in College Park in June.

Despite being new arrivals, both players are embracing leadership roles and bringing their experience from winning programs into the locker room.

“We’re just looking to step in and be the leaders and show them how it’s done,” Jones said.

That leadership element is felt within the locker room. Locksley praised the duo for their maturity and ability to translate the habits and behaviors learned at winning programs into the venture Locksley is just beginning with the Terps.

Now, with less than a month until Maryland kicks off its season against Howard, Jones and Smith will look to make their presence felt on the field in Maryland’s new aggressive defense.

“Me and Keandre, we just come in here, we go to work every day and hope to be our best,” Smith said. “We hope that we can stand out and be something in the Big Ten.”