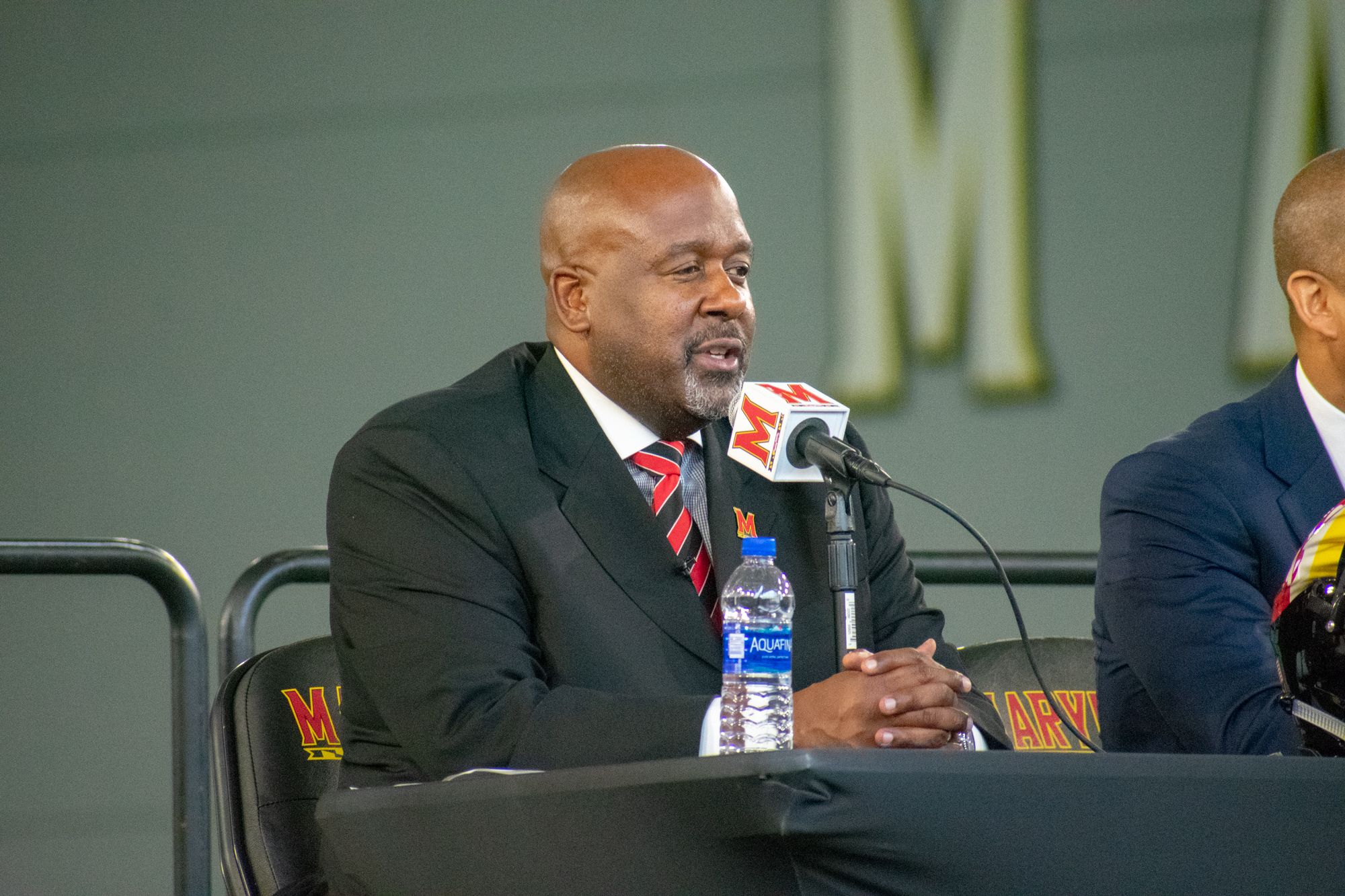 Durkin’s tenure in College Park lasted only about four more months, as he was officially fired Oct. 31. After a national search for its new head coach, Maryland hired Locksley — Alabama’s offensive coordinator and former Terps assistant and interim head coach — in December.

In the months since his return to College Park, Locksley has not shied away from talking about McNair, but the Terps’ new coach made his first appearance at Big Ten Media Days and discussed his past, his current team and the direction for his program.

When Locksley took to the podium decked out in a black and red tie with a Maryland pin on his lapel, he was right where he wanted to be.

“Anyone who knows me knows that from the time I got into this business 27 years ago that the Maryland football job was the job I coveted,” Locksley said. “I’ve said this before and I’ll keep saying it, this is a dream come true for my family and I, to be able to come home and coach the university that I grew up rooting for as a kid.”

With the Terps enjoying just one winning season and going 25-37 since joining the Big Ten in 2014, Locksley and his new staff will have a sizable hill to climb to build the program up to where he expects it to be.

Locksley reminisced about the strong Maryland teams of his childhood and his former coaching stint with the Terps, believing those days of excellence are possible once again.

“A lot of people don’t understand, but I grew up in an era in the mid-‘70s where Maryland was a giant in college athletics and football,” Locksley said. “They had an undefeated season in 1976 when I was 7 years old. … That’s the Maryland that I know.”

Locksley believes that through recruiting the talent-laden local area, he can return Maryland to its former glory.

Incoming transfers, such as former Ohio State Buckeye Keandre Jones and former Clemson Tiger Shaq Smith were also mentioned by Locksley, as they were local players who recently arrived via the transfer portal.

Locksley even mentioned that he was involved in the initial commitment of new Washington Redskins quarterback Dwayne Haskins Jr. to Maryland. After Locksley left the program in 2015, Haskins decommitted and went to Ohio State instead.

Locksley was with Alabama for the past three seasons, first as an offensive analyst and then as an on-the-field coach in 2017, ultimately becoming offensive coordinator in 2018.

Under the tutelage of head coach Nick Saban, Locksley absorbed everything he could in order to be ready when another head coaching opportunity arose.

“We’d need a whole other two-hour session for me to talk about the things that I learned from Nick [Saban],” Locksley joked. “If I learned anything from coach Saban, it’s consistency in your messaging. For me, I love the term ‘success leaves clues’ and ‘don’t waste a failure.’ I’m going to take all the clues I learned at Alabama and implement them.”

Aside from briefly serving as Maryland’s interim head coach in 2015, Locksley’s only stint as a head coach in the NCAA was at New Mexico. But a string of issues, including an altercation with an assistant coach and a paltry 2-26 record, led to his dismissal just four games into his third season.

Not shying away from his previous shortcomings, the Terps’ new leader is embracing his past failures.

“I think each one of my experiences have given me the opportunity to learn, grow and move forward as a head coach,” Locksley said.

Since his hiring, Locksley has immersed himself back into the community and has begun to lay the groundwork for what he hopes is the final stop on his coaching tour.

“The first thing we wanted to do was create a family culture,” Locksley said. “Teams change from year to year, whereas family, to me, transcends our past with our present, as well as our future.”

Locksley and his staff have the difficult task of rebuilding a program that was marred by controversy and mistrust in the aftermath of McNair’s death. An ESPN report in August described Maryland football’s culture under Durkin as “toxic.”

After Durkin’s ouster, several players transferred from the program, including defensive back Qwuantrezz Knight, who told ESPN he transferred because of abuse by the former regime.

If Locksley is to be as successful as he plans, he knows a culture shift must take place.

“We all know what happened last year,” Locksley said. “It was really important for us to come in and develop a meaningful relationship with our players. Trust is a huge component for being able to stabilize the program.”