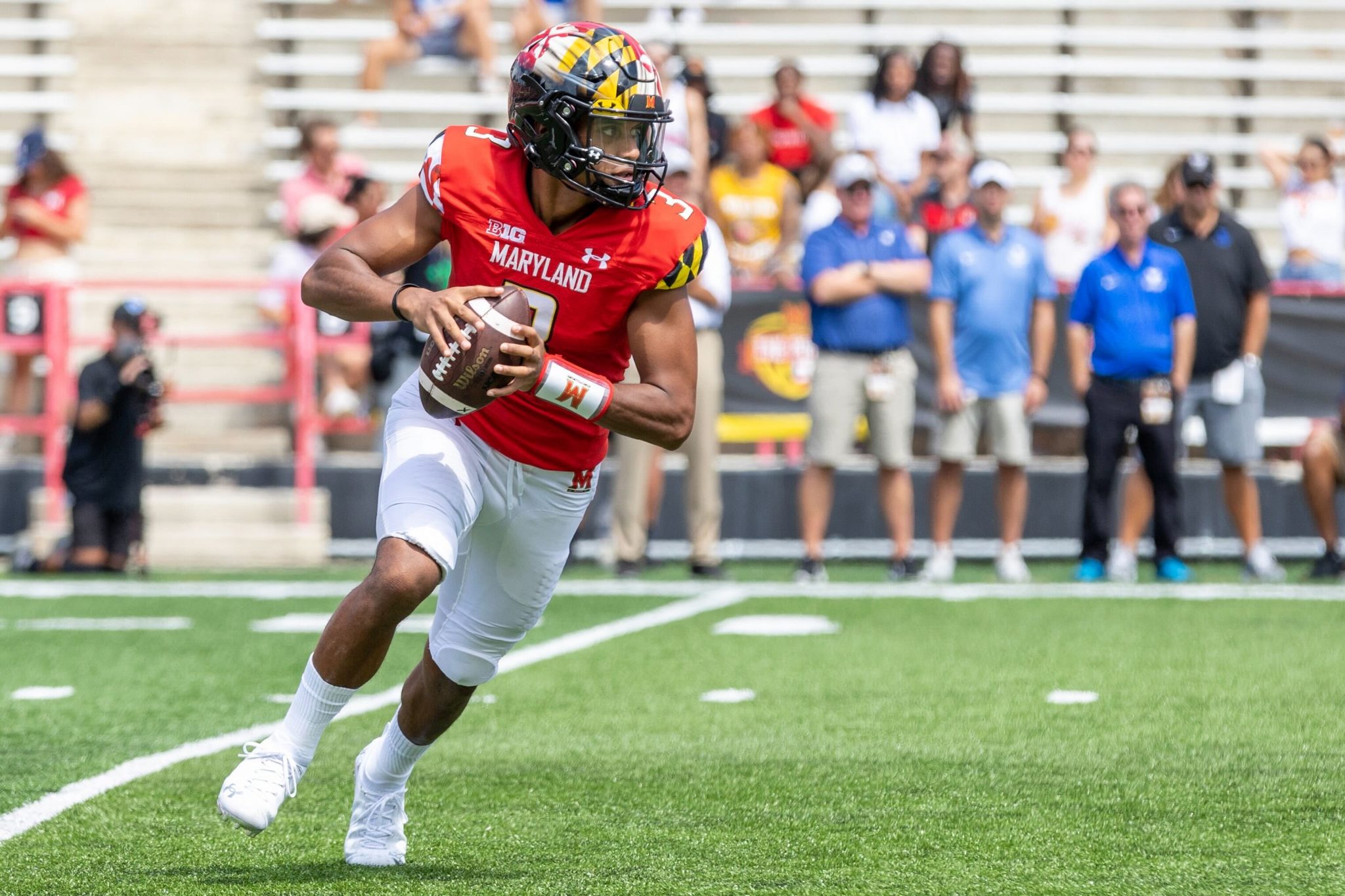 Taulia Tagovailoa rolls out for a pass during Maryland football's 31-10 win over Buffalo on Saturday, Sept. 3 (Cam Andrews/The Diamondback)

Quarterback Taulia Tagovailoa will return for his senior season with Maryland football, he announced Wednesday on Twitter.

He is the program’s leader in career passing yards, career total and passing touchdowns, total offense and more. The Hawaii native finished the 2022 season with 3,008 passing yards — a season that culminated in the Terps’ second straight bowl win.

“Who knew a kid from Hawaii could find a home in Maryland,” he said in the announcement. “But that’s exactly what I’ve found. Terp Nation — you’ve welcomed me with open arms since I stepped foot on campus and it has been a truly remarkable three years.”

His career started with a forgettable three-pick performance against Northwestern but he totaled five touchdowns in his next game, a comeback victory against Minnesota. That COVID-shortened season also included a win over Penn State.

Last season, he was named Second Team All-Big Ten, an improvement on the 2021 season when he was honorable mention.

Tagovailoa has brought stability to Maryland’s quarterback spot — something that wasn’t true for many years. Before him, no quarterback since 2014 had even breached 2000 passing yards. In that same time frame, no Terp team won seven or more games, something Tagovailoa’s teams have done during both of his complete seasons with the program.

Maryland will have to replace most of its wide receiver corps and key pieces along its offensive line next season — which will be Tagovailoa’s first year without Rakim Jarrett at wideout or Jaelyn Duncan at left tackle.

But the Terps have their signal-caller locked down for another year, granting them much needed security as they try to improve on the last two years.

“My goal when coming to Maryland was to help Coach Locksley turn this program around,” Tagovailoa wrote in a Twitter post. “After winning back-to-back bowl games, I believe we have things going in the right direction. But we’re not done yet. I’m not done yet.” 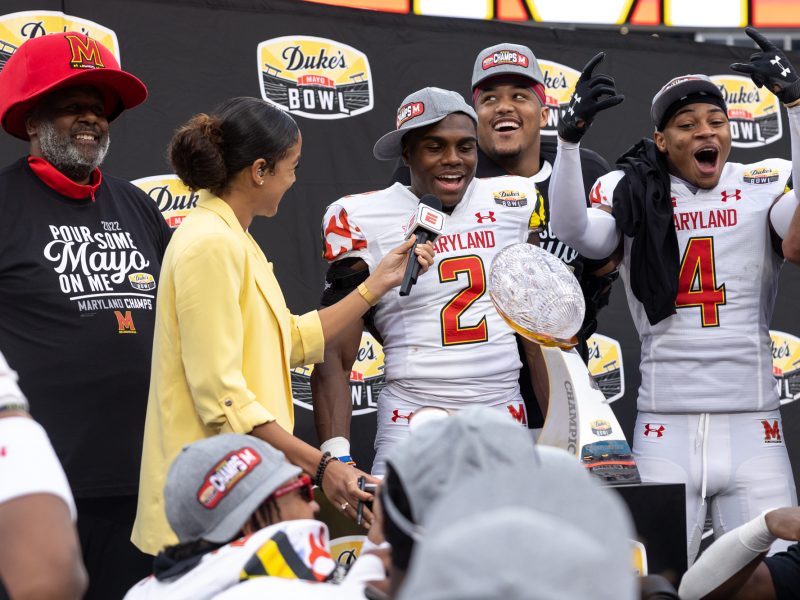