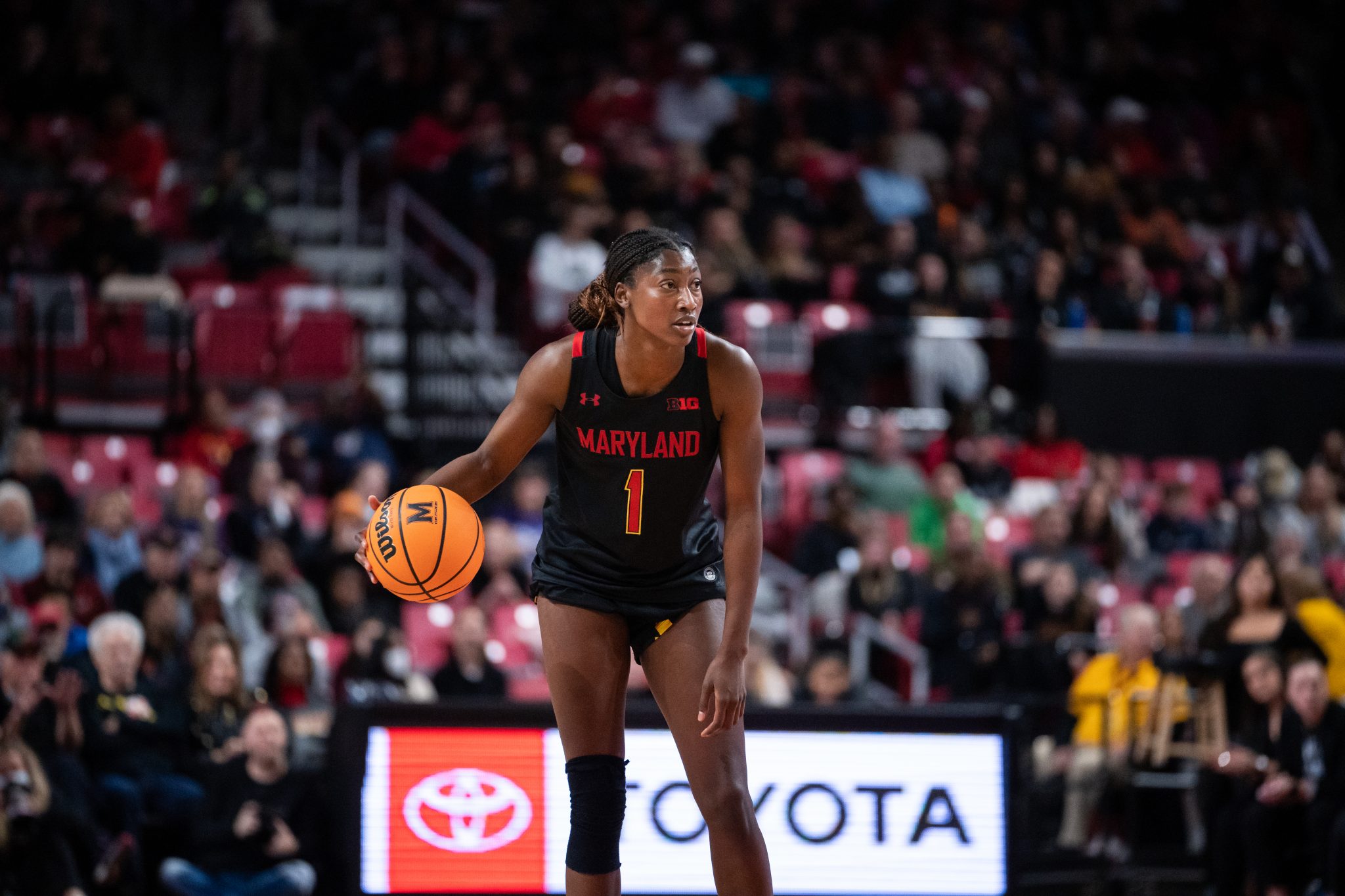 One of Diamond Miller’s defining traits is the intensity and passion with which she plays. After No. 9 Maryland women’s basketball lost to No. 6 Indiana, Miller was palpably frustrated at the mic.

Of the postgame topics the three members of the Terps spoke about following the team’s 68-61 away loss — Miller was joined by Coach Brenda Frese and guard Brinae Alexander — the common theme was that Maryland simply didn’t play well enough.

And that’s true; the visitors were outscored in the paint, 32-18, had multiple scoreless streaks, had 11 assists to 16 turnovers and shot just under 37 percent from the field.

“The turnovers, the being lax on defense, all the other stuff we have control over and we didn’t execute it,” Miller said. “We definitely have to go back to the drawing board and really go back to our identity.”

Thursday’s loss ended a four-game conference win streak. The Terps fell to 4-2 in conference, while Indiana improved to 5-1. Frese’s squad had trouble with Indiana’s physicality, and Frese’s diagnosis of the loss was equally as scathing as Miller’s.

“I don’t think we adapted at all,” Frese said. “They did a great job being physical through cutting and movement and digging the basketball every time you drove it. They were the more aggressive team, and we didn’t handle it.”

Still, Indiana had been allowing 57.7 points per game to its opponents — the best mark in the Big Ten. Maryland suffered a stinging defeat, but did score more than the Hoosiers’ stingy defense had allowed leading into the bout.

“We turn around and play on Sunday with Rutgers,” Frese said, “so you have to be able to kind of learn from these lessons that are being taught to us and just try not to repeat them.”

Aside from Miller, who had a game-high 19 points, six rebounds and one assist, and Alexander, 15 points, no other Maryland player reached double-digit scoring. The Terps also couldn’t connect from three, hitting just a third of their shots from behind the arc.

But this was Maryland’s first road loss of the season and only its second defeat to a ranked opponent — the Terps had been 3-1 versus top-25 teams heading into the Indiana matchup.

Maryland went five and a half minutes in the second and three minutes in the fourth without scoring and didn’t have a single player with a positive plus-minus but never trailed by more than 10 points throughout the contest. The Terps even leveled the score at 50 midway through the fourth, but the push to tie the game left Maryland overexerted entering the final phase of the outing.

“I thought the effort and energy it took to kind of get ourselves back into [the game] was the reason why we were so tired,” Frese said. “Then once we tied the game, I think they went on a [9-0] run and hit some big shots from there.”

The Hoosiers also game-planned Miller out of the first half, limiting the projected lottery pick in April’s WNBA Draft to three points on only four shot attempts.

“They play great defense every second,” Miller said, “and it took a minute for me to adjust to that, but I just gotta come better and be more focused.”

Looking ahead, Maryland returns home on Sunday to host Rutgers — a team it defeated two weeks ago by 11 points — before traveling to Wisconsin and Nebraska, the latter of which handed the Terps their second-largest loss of the season back in early-December. From Frese and the players: be disappointed but don’t dwell on the loss.

“I think there’s a lot of stuff that we learned from this game,” Alexander said. “We got to learn; we got to get back to the drawing board, back to practice and move on.”