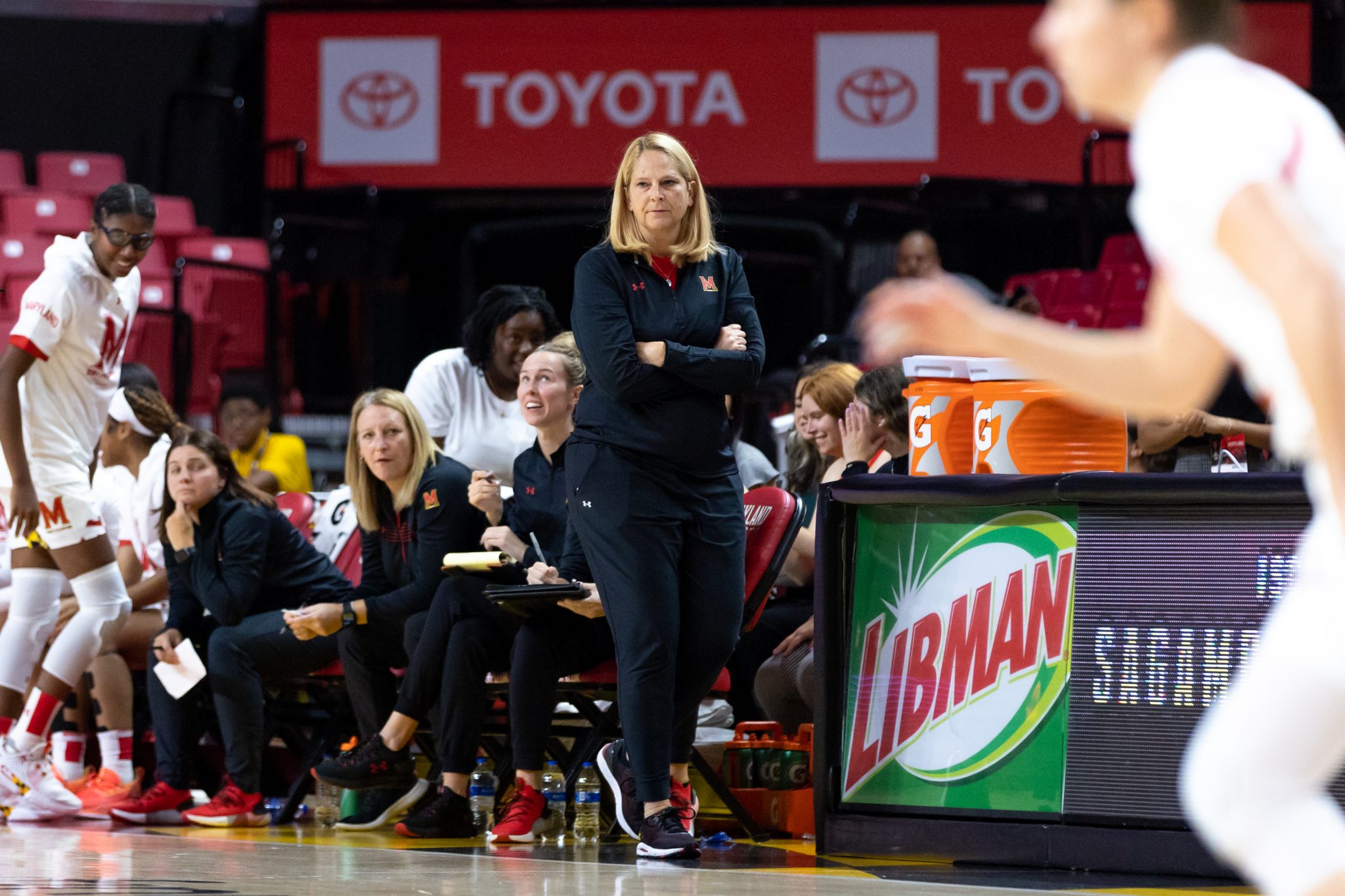 After upsets against UConn and Notre Dame last month, No. 9 Maryland women’s basketball hoped to continue its success in high-profile matchups but instead was stifled by No. 6 Indiana.

The Terps kept the game close and had the game tied at one point in the final quarter, but a late run from the Hoosiers sealed their fate in a 68-61 loss in Bloomington Thursday night.

The defeat breaks Maryland’s six-game win streak. With the victory, the Hoosiers move up to second place in the Big Ten in a tie with No. 12 Iowa.

“I thought they were the more physical team for 40 minutes,” coach Brenda Frese said. “Every time they had to make a big shot and a big play, you had so many players on their roster that wanted to make them.”

The Hoosiers scored nine unanswered points after the Terps tied the game at 50. The home squad needed that late run because Diamond Miller and Maryland women’s basketball trimmed down their lead throughout the first half of the fourth quarter.

Miller drove through Indiana defenders to get herself in the paint for a layup, scoring just her second field goal of the game with under nine minutes left in the game. She scored six more points to tie the game and finished the frame with 12.

She led the Terps with 19 points while Brinae Alexander added 15. Sydney Parrish led the Hoosiers with 18 points, while Mackenzie Holmes collected a double-double with 15 points and 10 rebounds

Maryland’s fourth-quarter surge helped it recover from the deficit it accumulated across the middle two frames.

Indiana pulled away with a 10-point lead in the third quarter, but Maryland’s eight made free throws helped it stay in the game even as it made just three of its 14 field goal attempts in the frame.

Those made field goals became scarce as the Terps’ offense struggled in the second quarter, going scoreless for over half the frame. The Terps shot just 27.3 percent in the frame compared to the Hoosiers’ 63.6 percent.

“I think we kind of shot ourselves in the foot in the second quarter,” Alexander said. “It was more about us not matching up in transition or matching up with the hot hand on Indiana.”

After six-straight games with four or more Maryland players finishing with double-digit points, only Miller and Alexander finished with more than 10.

Frese’s team struggled to keep possession in the first half, turning the ball over seven times and giving up three offensive rebounds. They didn’t have any of their own, a rarity for a team that averaged 12.6 offensive rebounds per game coming into the game.

The Hoosiers compounded those errors and shut down Maryland’s offense inside the paint, outscoring them 20-6 inside during the first half.

Maryland entered the game undefeated on the road while Indiana had a pristine home record, but as the teams left the arena Thursday, the Terps’ 6-0 mark was marred by the loss.

“The turnovers, being lax on defense, all the other stuff we had control over, and we didn’t execute it, and they capitalized on it,” Miller said. “We definitely have to go back to the drawing board and really go back to our identity.”