No. 13 Maryland women’s basketball rolls to fifth straight victory in 78-67 win over Rutgers 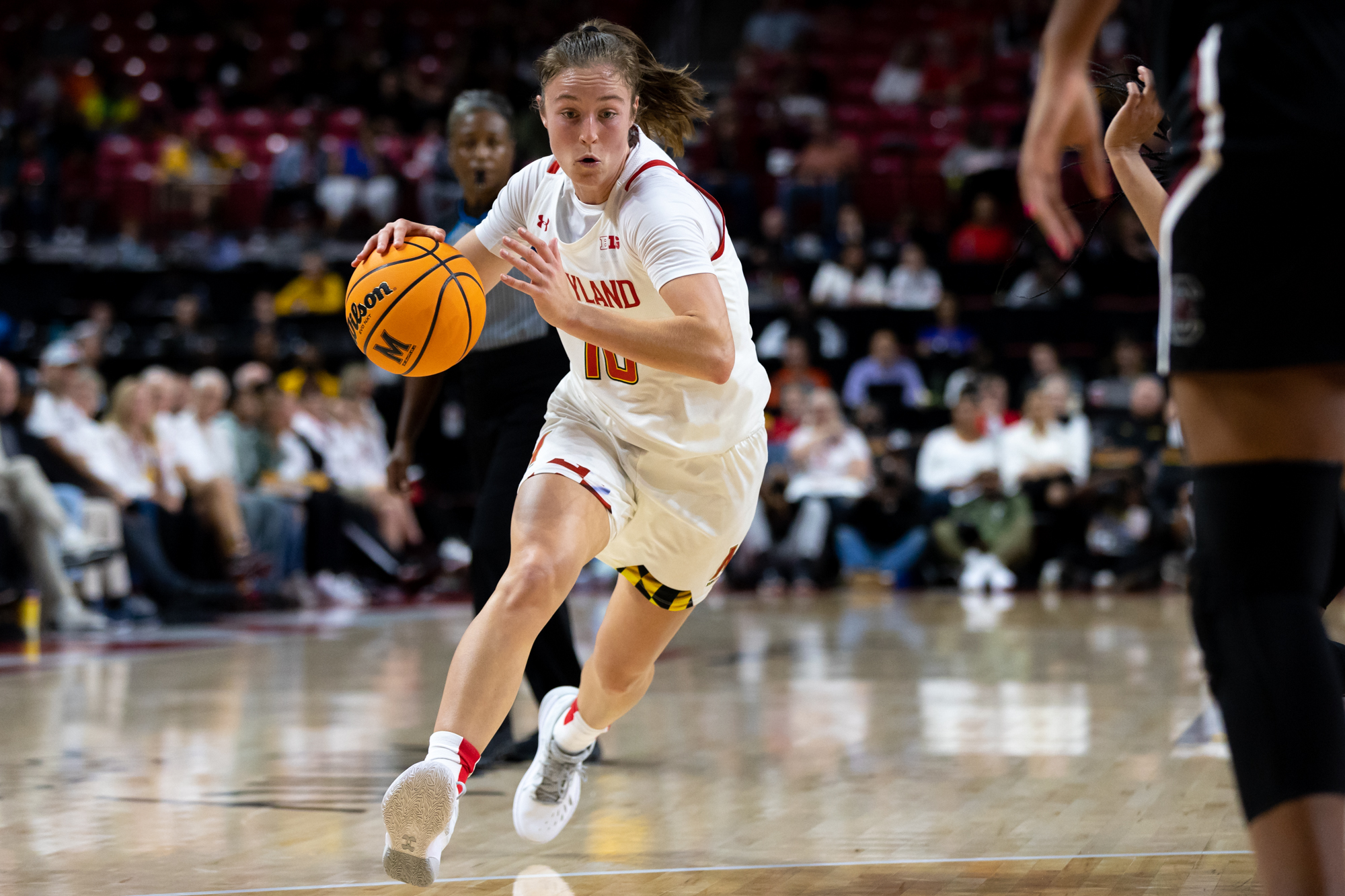 Dribbling around the arc, Diamond Miller moved toward the basket and bounced the ball behind her back to avoid a steal. With four Rutgers players surrounding her, she made a tough layup while being fouled.

Miller made the free throw as well, giving Maryland women’s basketball a 26-point lead to start the fourth quarter.

The No. 13 Terps beat the Scarlet Knights 78-67 to win its fifth straight game and continue its undefeated record on the road. Maryland is now 3-1 in the Big Ten after losing its opening matchup against Nebraska.

“I try to just focus on consistency and being consistent with my effort, my energy and my leadership,” Meyers said. “I’m glad [my shot] was falling today, glad I could help my team out.”

The Terps outscored the Scarlet Knights 27-11 in the third quarter and outrebounded them 12-6 to take away Rutgers’ offensive opportunities. But Diamond Miller was the difference maker that led to their best quarter of the game.

The senior guard from New Jersey found her shooting groove in her home state after just one field goal in the first half. She made four layups and a duo of free throws in the third quarter to build Maryland’s lead back up to as much as 23 points.

Even when Rutgers initially locked her down offensively, Miller found other ways to contribute to her team’s success.

After a career-high five steals against Minnesota, Miller continued to nab the ball away from opponents against Rutgers. She started the game with three steals in the opening 90 seconds.

Miller flung her body in front of Kassondra Brown and used her wingspan to intercept a long throw on her third takeaway before passing the ball to Abby Meyers.

Meyers drained her second three less than two minutes into the game, jump-starting the Terps’ offense. She finished the first quarter with 13 points, more than half of Maryland’s total in the opening frame.

[No. 16 Maryland women’s basketball dominates in 107-85 win over Minnesota]

Meyers also led the Terps in assists in the first half, finding teammates on four of the team’s 14 assists in the opening 20 minutes. Maryland finished the game with a season-high 22 assisted baskets with five players notching three or more.

“When you look at 22 assists and only 10 turnovers, we’re valuing the basketball,” Frese said. “Good things are going to happen because we have so many dynamic scorers on this team.”

The Scarlet Knights fought back against the Terps’ 24-point first quarter by out-scoring them 24-16 and finishing the half on a 10-2 run. Maryland didn’t score in the last 2:56 in the half.

But Maryland’s offense got back on track to start the third quarter with a 10-0 run of its own, including two layups from Miller.

Similar to its last game against Minnesota, Maryland took advantage of Rutgers’ 22 turnovers and finished the game with 23 points off its opponent’s giveaways.

Scarlet Knight Kaylene Smikle had a career-high 29 points and led her team on a 12-0 scoring run to finish the game, but only one other Rutgers player notched double-digit points as the Terps cruised to another Big Ten victory.