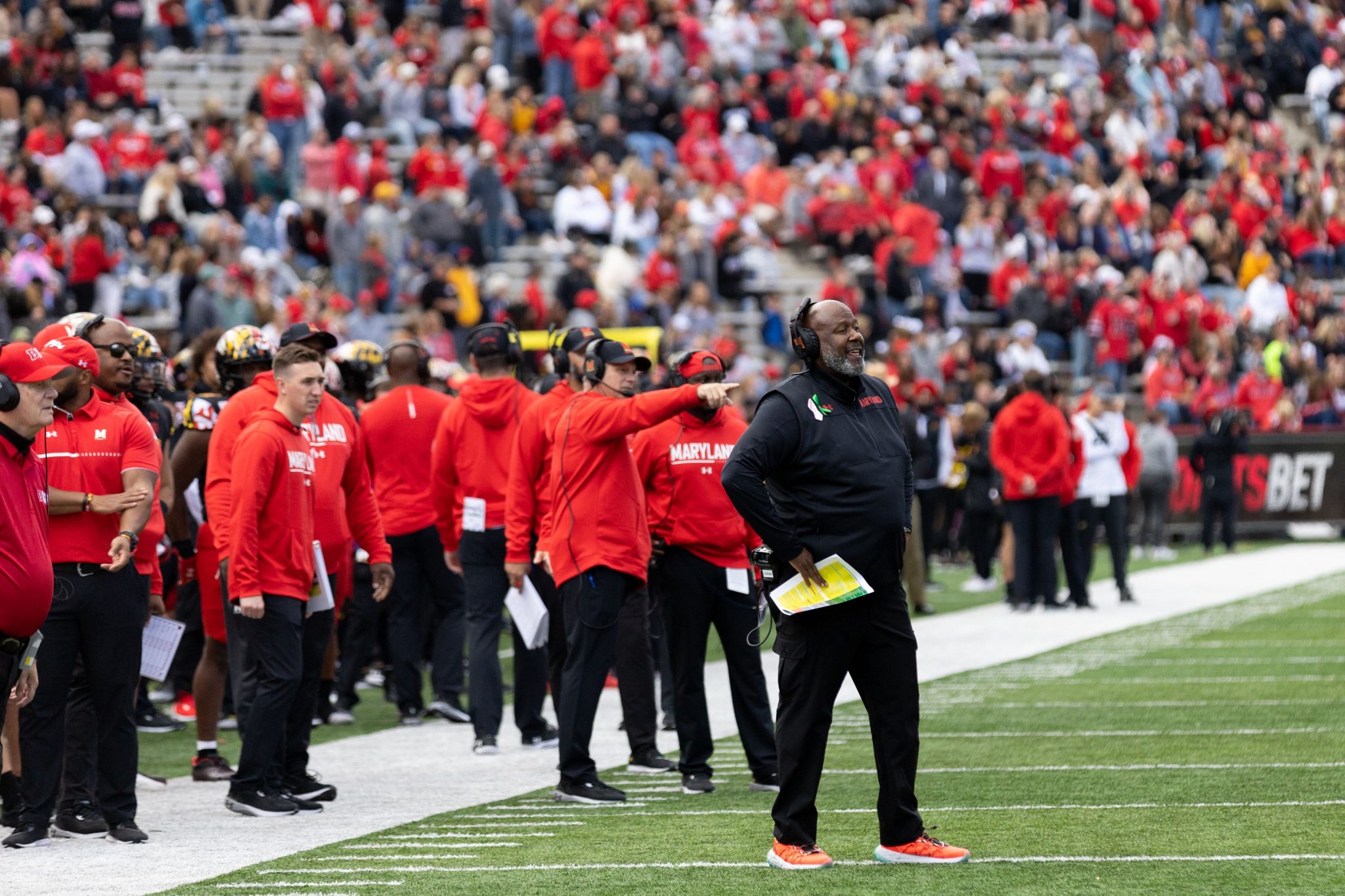 In the two weeks before Wednesday’s early signing day, Maryland football’s 2023 recruiting class was without a single 4-star or better.

But coach Mike Locksley re-established his recruiting credentials as he and the Terps emerged from a hectic early signing day with a 24-player class headlined by three four star recruits — each of whom joined Maryland late in the process.

“The last 48 hours is obviously a big push … it’s really crazy and wacky,” Locksley said. “I know there’s some schools out there that [think] there’s some conspiracy theories of what goes on. I can tell you it’s a lot of phone calls, a lot of hard work, a lot of direct messaging, a lot of sending information.”

Then, on the afternoon of signing day, Locksley pulled off a heist by landing the No. 6 player in 247’s composite ranking of Maryland high school players: pass-rushing linebacker Neeo Avery. Avery, from local Our Lady Good Counsel High School, had previously committed to Ole Miss.

Each player fills a key need for the Terps.

Maryland entered the process with two main needs, Locksley said, improving their pass rush and the team’s wide receiver position. The Terps lost players at both spots with the departures of linebackers Durell Nchami and Vandarius Cowan as well as receivers Dontay Demus Jr., Jacob Copeland and Rakim Jarrett.

Gooden and Avery are both expected to be pass-rushers while Walker will likely start at tight end, Locksley said. The Terps are thin at that position after the transfers of CJ Dippre and Weston Wolff but also added the top-ranked player at the position in Maryland in three-star AJ Szymanski.

“When we’ve had the ability to put pressure on a quarterback, it’s usually come from add-on blitzers,” Locksley said. “What we wanted to do is try to go address our athleticism at the edge rush position with some really athletic twitchy guys that create one-on-one issues.”

The 2023 recruiting class also features Ezekiel Avit and Ryan Manning, the two top-ranked wide receivers in Maryland. Manning is one of eight freshmen who will enroll early with the Terps and participate in spring practices. Locksley also said they’ll be included in Maryland’s preparation for Dec. 30’s Duke’s Mayo Bowl.

That early competition is a staple of Maryland’s program, Locksley said. He believes players don’t improve on the bench. Because of that, expect to see many of these freshmen on the field during the Terps’ 2023 campaign.

“I’m bringing them all in to play them now,” Locksley said. “Redshirt them for who? For the transfer portal? No, now you guys understand why I play a lot of players because they don’t get better on the bench, they’re never happy when they’re on the bench and so if they’re good enough to help us in some capacity, we’re going to try to find and create roles.”

Dumervil gives Maryland help along the offensive line, a place Locksley says the Terps continue to search for help in from the transfer portal and ahead of Feb. 1’s National Signing Day.

His addition would crystalize a class that Locksley called foundational and one he hopes elevates the Terps to higher ground.

“You haven’t heard me talk about this since I’ve been back, but … it is time now for us to take the big leap and say it’s time to compete for championships,” he said. “And the only way you do that is by having a consistent product … and recruiting the best players we can possibly get in here.