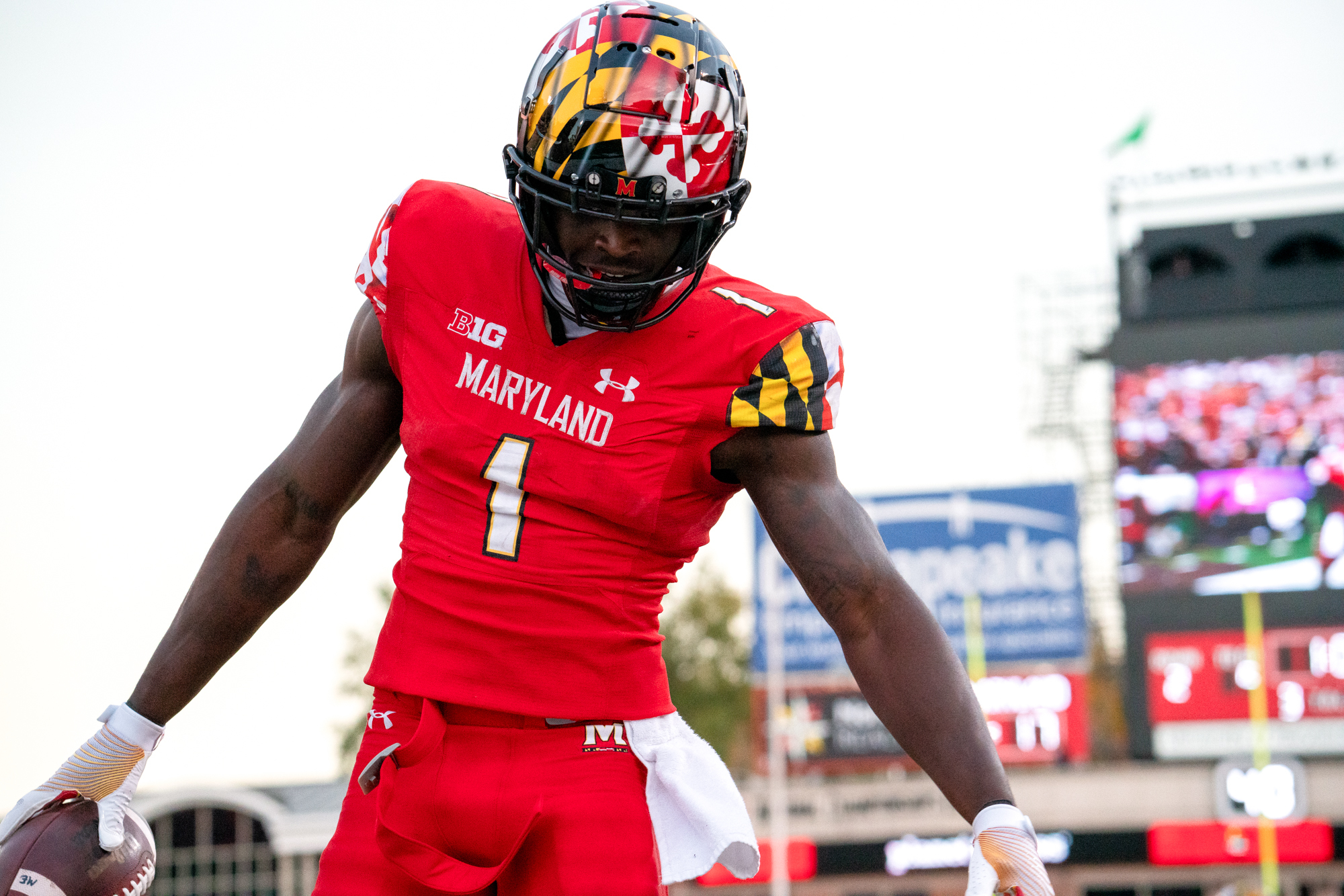 As Mike Locksley’s Tuesday press conference drew to a close, Maryland football’s coach said there was one last announcement to be made.

Waiting behind the assembled media was Rakim Jarrett, whom Locksley called up to the lectern. It was there, sporting a red Maryland zip-up jacket, that he announced his decision to forgo the Duke’s Mayo Bowl and his remaining eligibility to enter the 2023 NFL Draft.

“The last three years have been fun,” Jarrett said. “I’ve made bonds and relationships that will last a lifetime for me … it was an honor to represent Maryland.”

The announcement marked the end of Jarrett’s three-year stay in College Park, a 28-game tenure that featured 119 receptions, more than 1,500 receiving yards and 10 touchdowns. Jarrett was a three-time Honorable Mention All-Big Ten receiver and was on the 2022 Biletnikoff Award Watch List.

He finished his final season as a Terp with 471 receiving yards and three touchdowns in 11 games.

It was a stellar Maryland career that almost never happened. Jarrett, a five-star recruit out of local St. John’s College High School, initially committed to LSU to join a vaunted Tigers receiver room.

But after Locksley began recruiting him — pitching the idea to represent his home state — Jarrett reconsidered and ultimately flipped his commitment.

“Early on [in the recruiting process] coach Locksley wasn’t really on me as much … I guess he was letting me get all the recruiting hoopla out the way,” Jarrett said. “But when he finally started, I took notice and I took part of what he was trying to build.”

Jarrett’s impact on the program was immediate upon his arrival, according to his teammates.

Jeshaun Jones remembers meeting Jarrett for the first time before the young receiver enrolled in classes at Maryland. Jarrett “just showed up” to a spring workout session with the wide receivers and continued to ask for extra work on weekends before his freshman season even began, Jones said.

That work ethic stood out to Jarrett’s teammates. Jarrett would habitually work out when nobody was watching, running back Roman Hemby said.

“He’s a fierce competitor,” Hemby said. “It was something that was kind of contagious … some days I don’t want to practice, some days I didn’t want to do certain things, [but] I made sure to go out there and do it with everything I had left because he was doing the same thing.”

The quiet leader preferred to let his game do the talking, multiple players noted when reflecting on Jarrett’s time at Maryland. But none of his teammates were surprised when he found the endzone.

Jarrett’s 10 scores put him 10th in program history in career touchdown receptions despite playing in just four games during a pandemic-altered 2020 season. The receiver averaged 13 yards per catch over his three seasons while splitting targets with Jones, Dontay Demus Jr. and other dangerous receiving weapons.

He always knew he had a three-year plan at Maryland. It was part of Locksley’s recruiting pitch to him, he said. He had limited time to make an impact on a program he grew up idolizing.

What was a 3-9 program sitting in the Big Ten’s cellar when he arrived is now preparing for its second consecutive bowl game appearance. The Terps stood toe-to-toe with the likes of Michigan and Ohio State this season, thanks in no small part to a five-star recruit who decided to restart the local talent to Maryland pipeline — one that the Terps hope funnels more talented players like him their way.

“[Jarrett] did more for our program the last three years and how he elevated it not just as a player, but being a local guy that made the decision to stay home,” Locksley said.