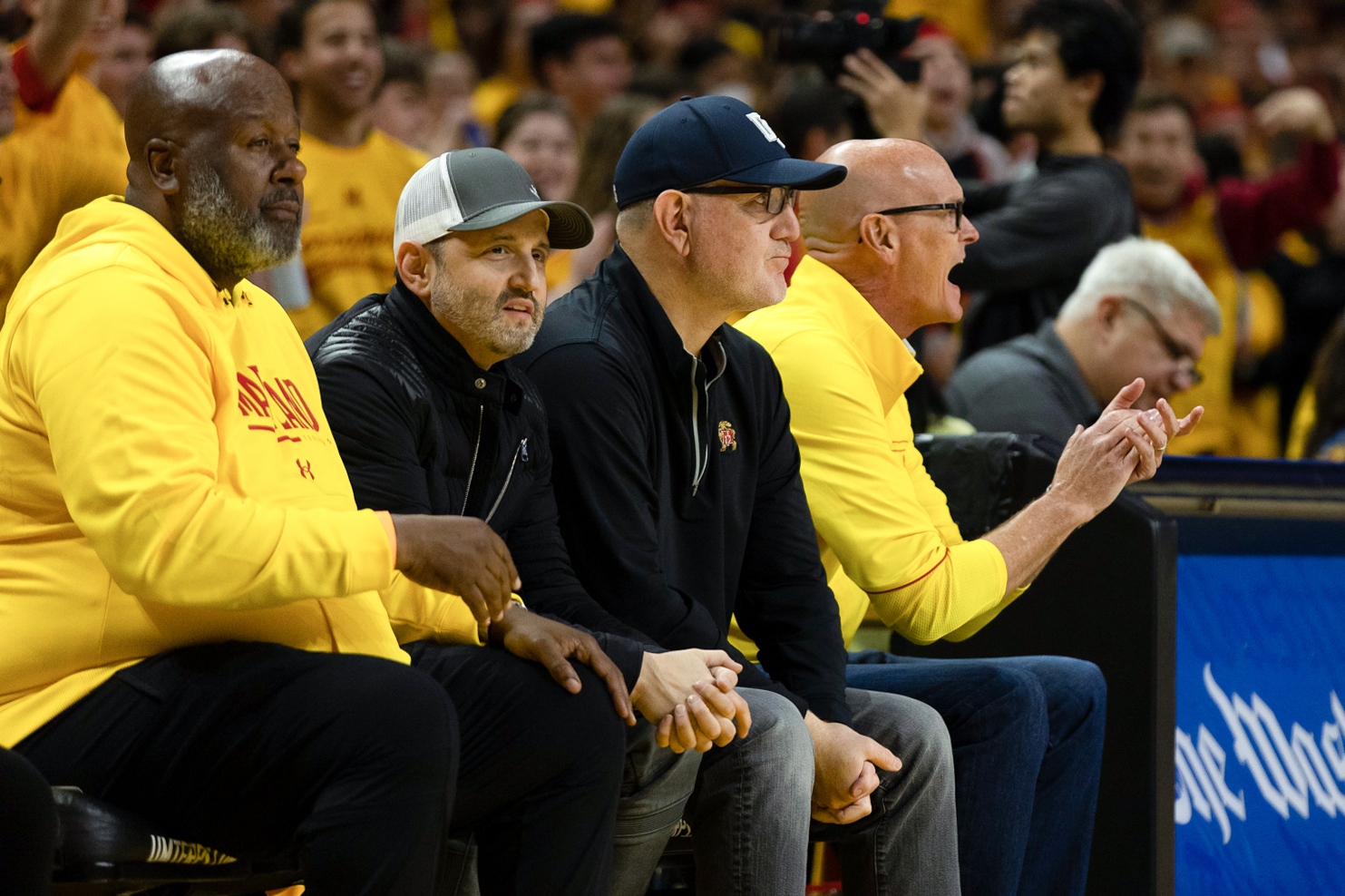 A chorus of chants broke out during the first timeout of No. 22 Maryland men’s basketball’s game against No. 16 Illinois on Dec. 2.

Beforehand, papers were given out informing the fans that Harbor was in attendance. People were asked to chant after the 16th minute, and the paper told them to feel free to ask for a picture and to suggest to the local recruit that he should “stay home.”

The Terps and their fanbase put forth a heavy push for the player ranked by 247Sports as the 11th best in his class. Maryland also won the basketball game.

On3 gives the Terps the fourth highest odds to land the local prospect, behind Michigan, LSU and South Carolina. Harbor is listed at 6-foot-5, 225 pounds, while earning praise from On3 as one of the best sprinters in the country.

If he were to commit to Maryland, he would be the only player above a three-star ranking so far in the 2023 class, per 247Sports. He would also be the only Maryland commit among the top 600 nationally ranked players in the class, greatly helping a Terps commit list which is ranked by 247Sports as the 47th best in the nation — their lowest rank since 2015.

The son of former NFL quarterback Matt Hasselbeck played multiple sports for his high school, including as the quarterback for his football team. While not completely shutting out football, his father told the Baltimore Sun that the offer would have to be “impressive” for Hasselbeck to decommit.

Hasselbeck is a 6-foot-3, 185-pound, four-star midfielder. He is already the eighth player who is ranked as a four-star or higher to commit to Maryland men’s lacrosse, per Inside Lacrosse.

A week after women’s soccer landed two players, two additional players in the class of 2024 committed this week. Gichner is ranked by Top Drawer Soccer as a three-star defender who, in 2021, earned ECNL all-conference honors in the midwest.

Lenhard scored 14 goals and had 13 assists last season while being named all-district per the Fredericksburg Free Lance-Star. She also has proven to come up big in clutch situations, scoring four game-winning goals.