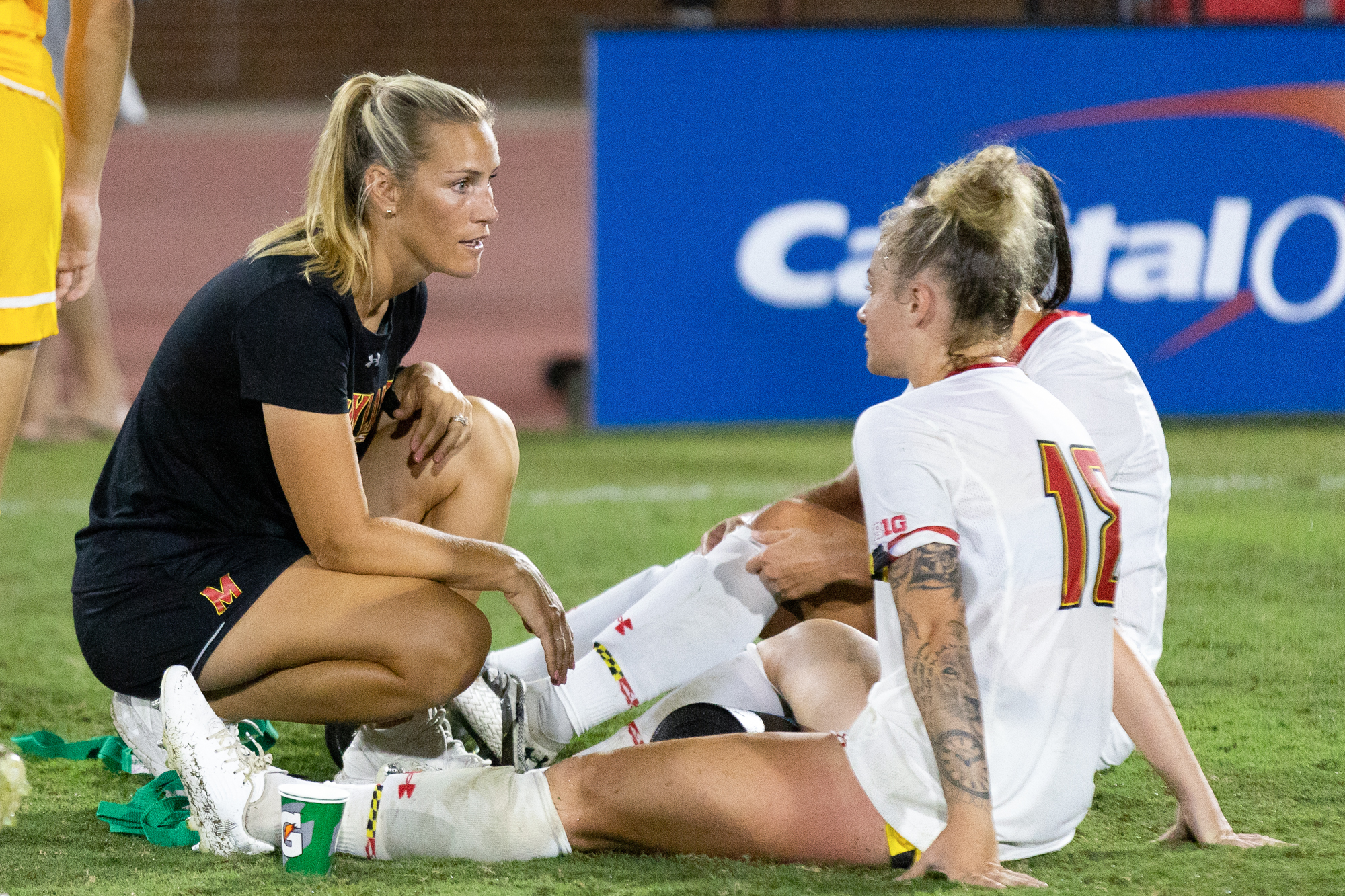 They were two of several players who announced their commitment to Maryland in the past two weeks.

Originally from Baltimore, Okoronkwo played football in Germany. He received offers from Michigan and Penn State but decided to stay near his former home. Okoronkwo is Maryland football’s first commit in the 2024 class.

He has good size for a linebacker at 6-foot-3, 205 pounds. Europe’s Elite lists him as a likely rover at the college level and praised his hitting and coverage skills. 247Sports credits part of his athleticism to his time as a gymnast.

At 15 years old, Wardell already throws a fastball in the high 80s, which ranks him in the 99th percentile in his class, according to Perfect Game.

He is still a few years out from playing collegiately, time he can use to develop his pitching skills. Perfect Game currently lists him as the top player in his class from Delaware.

Prep Baseball Report ranked León as the second best player in his class from Maryland. He is three months from turning 15, but he already has a 91 maximum exit velocity and runs a solid 7.05 60-yard dash. He also received praise from Prep Baseball Report for his defensive prowess and is credited with having speedy hands.

Nyckoles Harbor, ranked by 247Sports as the 11th best player in the 2023 class, attended Maryland football’s home game against Ohio State. He plans to take an official visit on Dec. 9, according to 247Sports.

Four-star defenders Gabriel Williams and Rico Walker were also in attendance at the matchup with the Buckeyes. The Terps lost, but put up a competitive showing against the then-second-ranked team, one that appeared to leave a good impression on Williams.

Man that was a tuff loss but , That was the best visit I been on !!The atmosphere was crazy!! Special Shoutout out to @pmaye27 @_gracehil @GJrWorth @UMDCoachBrooks @lancethompson_ for making it feel like home #TBIA 🐢📍

Maryland hosted four-star 2024 linebacker Aaron Chiles last weekend. Chiles is ranked by 247Sports composite as the top player in Maryland for his class.