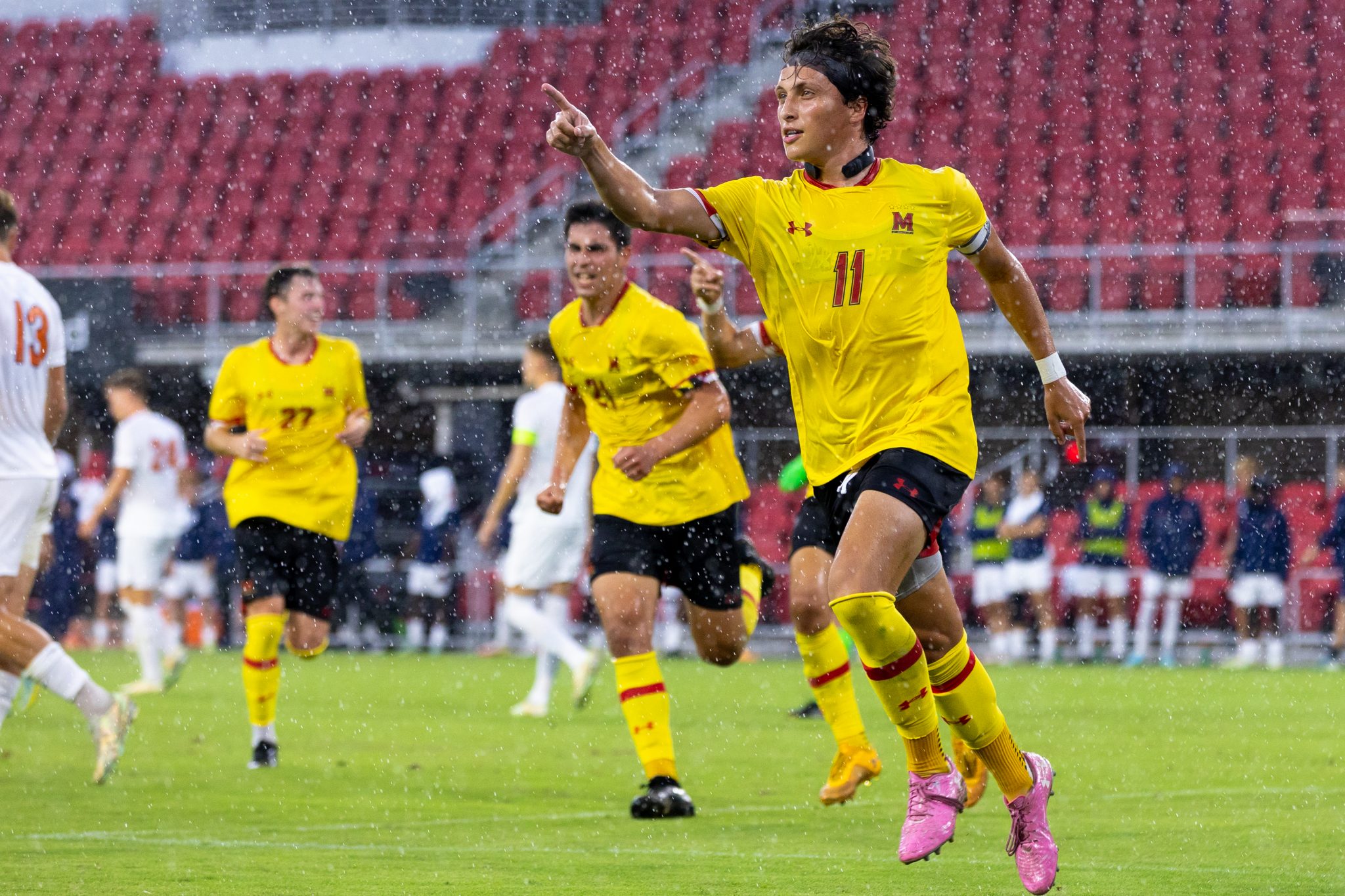 Three more Maryland men’s soccer players found homes at the professional level in the 2023 MLS SuperDraft after Joshua Bolma was selected with the No. 4 overall pick by New England Revolution.

Johnston was selected with the No. 26 overall pick by New York City FC in the first round of the SuperDraft.

The midfielder was the Terps’ top scorer last season, finishing 2022 with a total of 20 points from six goals and eight assists. A majority of his goals came from the penalty spot, where Johnston converted four of his five attempts on the season.

Johnston scored the Terps’ goal of the season with a bicycle kick against Rutgers and notched a goal and two assists in Maryland’s 5-2 victory against Fairleigh Dickinson in the first round of the NCAA tournament on Nov. 17.

The two-time captain finished his Maryland career with 14 goals and 13 assists in 61 appearances. He’s been one of coach Sasho Cirovski’s first names on the team sheet since scoring on his debut against South Florida in 2019, starting in 58 of those 61 games.

Johnston will join his brother at the professional level. Alistair Johnston recently moved to historic Scottish club Celtic and participated in the 2022 World Cup for Canada. The former Wake Forest player was drafted with the No. 11 overall pick of the 2020 MLS SuperDraft by Nashville SC.

Rindov was selected with the No. 37 overall pick by Sporting Kansas City in the second round of the SuperDraft.

The defender started his Maryland career as a walk-on before he became a captain and a staple of the Terps’ backline. He played in every minute of Maryland’s 2022 campaign and was named to the All-Big Ten first team this past season.

The senior racked up 58 appearances over four years with the Terps and started in each of his last 48 games of his Maryland career.

Rindov’s height and jumping ability made him a popular target on set pieces, and the center back finished his collegiate career with four goals and five assists for the Terps.

Maryland could look to freshman Mack DeVries to slot next to William Kulvik in Rindov’s place at left center back, DeVries’ natural position. The defender made just two brief cameos this season but scored in his collegiate debut during a 4-1 win over Delaware on Oct. 25.

After almost deciding to end his soccer career before college, Rindov now has the opportunity to pursue success at the professional level with Sporting Kansas City.

George was selected by the San Jose Earthquakes in the third round of the SuperDraft with the No. 62 overall pick.

The California native transferred to Maryland after two seasons at San Diego State, where he was an All Pac-12 honorable mention as a freshman. He scored five goals and notched five assists in 35 appearances for the Terps over two seasons and saw time on either wing.

He started every game for Maryland during his senior season until the national tournament, in which he came off the bench and played a combined 64 minutes over two games against Fairleigh Dickinson and Cornell.

Right back Nick Richardson and goalkeeper Niklas Neumann were the two remaining Maryland players eligible to be selected in the draft, but they weren’t taken.