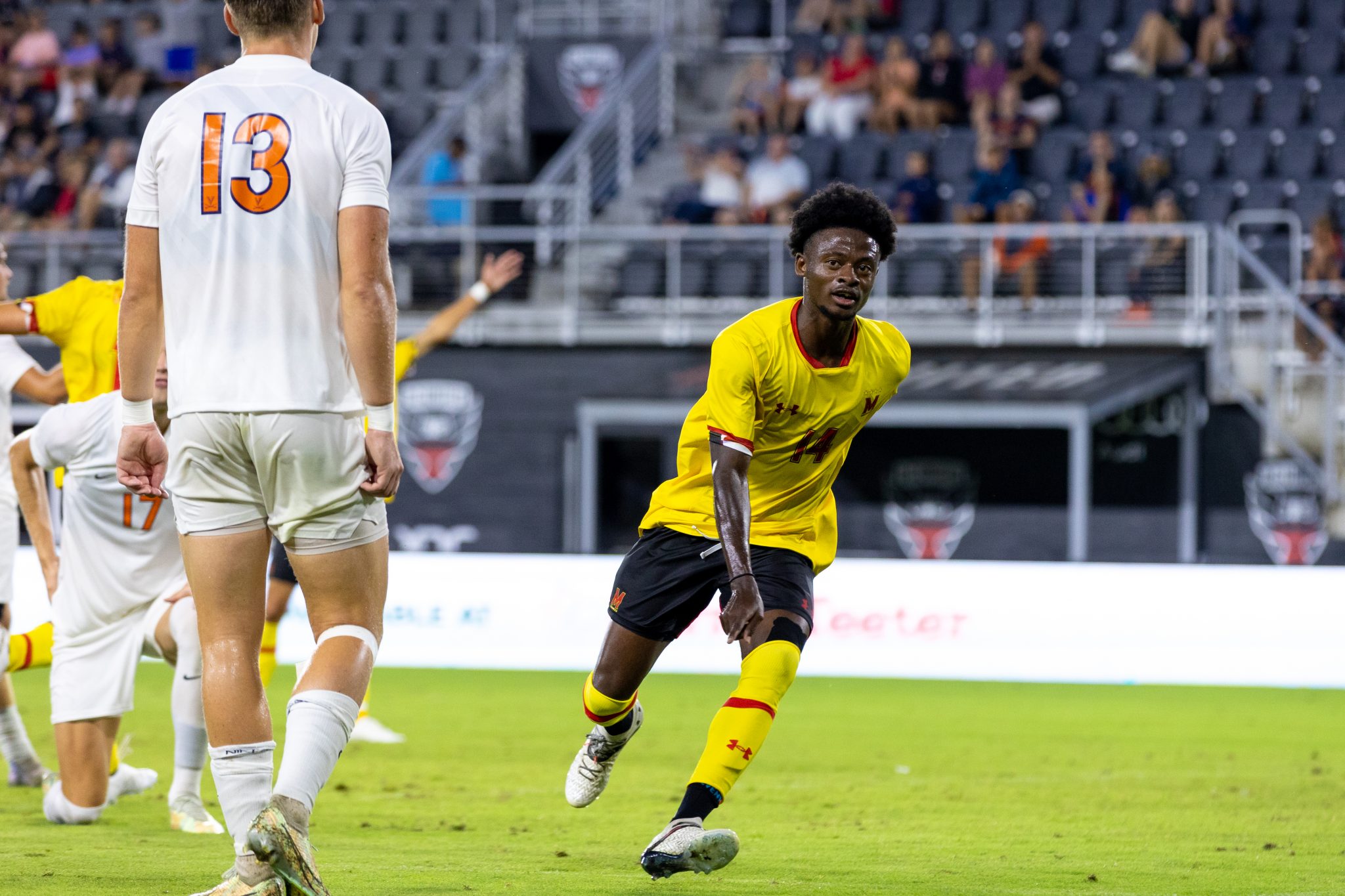 Maryland men’s soccer’s Joshua Bolma was selected with the No. 4 overall pick by New England Revolution in the 2023 MLS SuperDraft Wednesday.

New England Revolution traded a total of $250,000 in general allocation money and the No. 10 overall pick to the San Jose Earthquakes for the No. 4 overall pick.

“I’m just really excited to be able to get my name called up this early and someone taking a chance on me … that’s just all I dreamed of,” Bolma said on the MLS Youtube broadcast after getting drafted. “This is definitely an amazing moment.”

Bolma was heavily influential in his time at Maryland and became only the fourth player in the program’s history to earn multiple All-Big Ten first-team honors in just two seasons with the Terps.

He finished his Maryland career with six goals and 12 assists in 38 appearances and was tied for the second most assists of any Big Ten player last season with eight alongside teammates Malcolm Johnston and Nick Richardson.

Bolma saw more action as an attacking midfielder in 2022 as opposed to a winger and thrived with more touches on the ball.

He was instrumental in the Terps’ 2-2 draw with Wisconsin on Oct. 14, a game in which coach Sasho Cirovski called him “the best player in the field,” and notched a goal and two assists in just 18 minutes in a 6-1 win over Virginia on Sept. 5.

Bolma also swung in the cross Stefan Copetti scored to tie Maryland’s final regular season game at one against Indiana with just more than three minutes to go. His assist secured the draw the Terps needed to win their first Big Ten regular season title since 2016.

New England Revolution’s newest acquisition was born in Accra, Ghana, and played for Rising Stars Academy before moving to the U.S. and winning a high school national championship with South Kent High School in Connecticut.