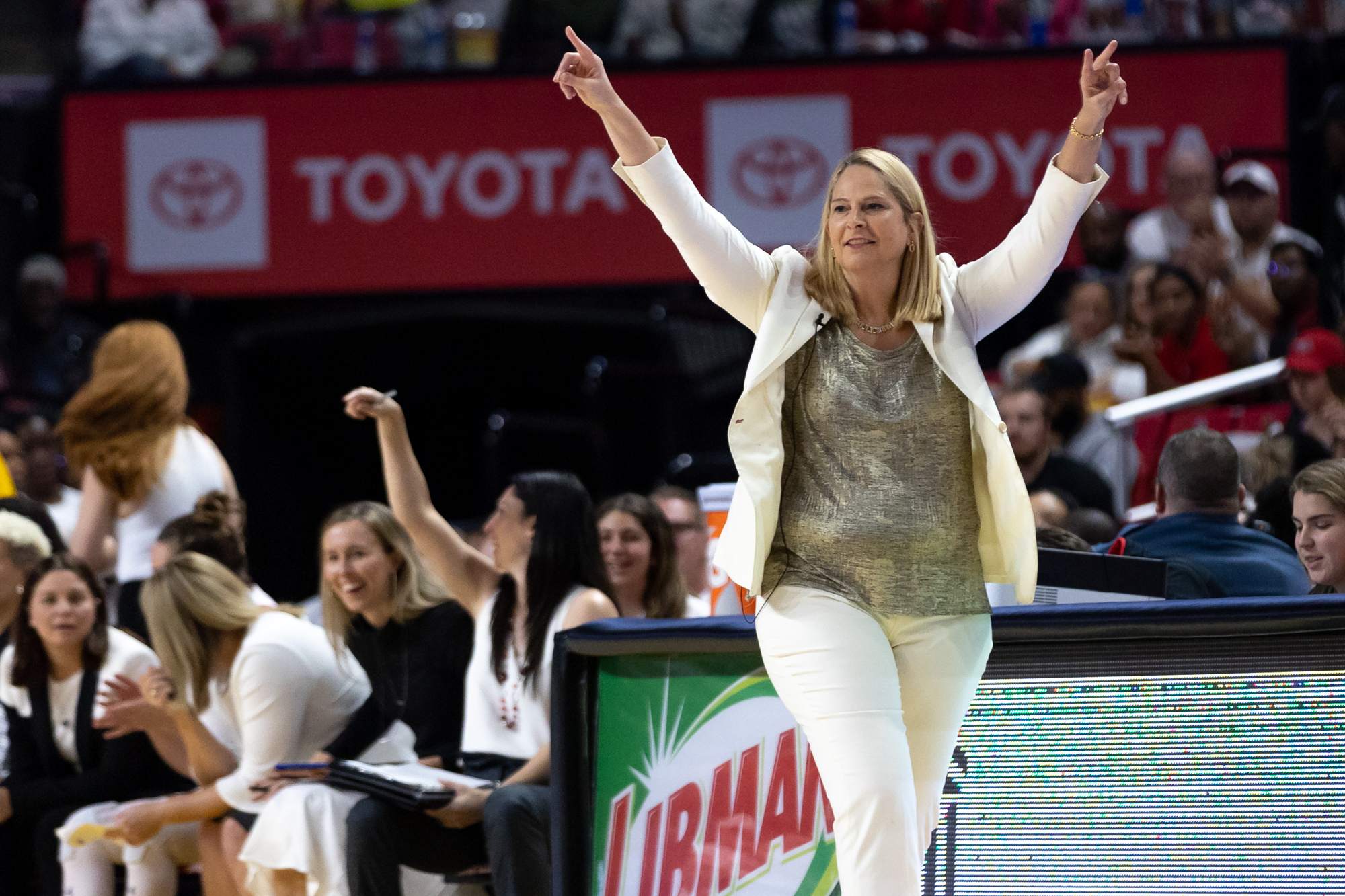 Shyanne Sellers has one word tattooed behind her left ear: “FEARLESS”.

On the road Thursday against Purdue, Sellers hit a buzzer-beater three-pointer to give Maryland women’s basketball a 77-74 win for its first conference victory and coach Brenda Frese her 600th career win. It was Sellers’ first made three-pointer of the evening; she was previously 0-for-2.

“Shy was fearless,” Frese said of her sophomore guard. “That’s why you put the hours in the gym to be able to knock down the shot.”

Sellers inbounded to senior guard Abby Meyers, who drove into heavy coverage and lobbed a pass back to Sellers. After releasing the shot with 0.9 seconds remaining, Sellers watched the ball swish through the net before being mobbed by her teammates as the visiting team walked off the floor at Mackey Complex victorious.

“Behind those 600 wins, I haven’t made a basket,” Frese said. “I haven’t scored a point. It’s these players… And same to my staff. I’ve been really fortunate to have just great people that I get to work with every day that put countless hours in and behind the scenes.”

Frese drew up a play for Meyers, who she said had the hot hand. But Sellers, who finished with 15 points, knew she had to stay focused.

Purdue had a chance to take the lead on the prior possession, but Jeanae Terry threw a pass from the baseline to Madison Layden, who bobbled the ball and gave away possession with 6.5 seconds remaining. Maryland (8-3) called a timeout to advance the ball before Sellers hit the game-winner.

After starting the first 10 matches of the season, Meyers came off the bench following a combined eight points in her last two outings. But the Princeton transfer connected early, knocking down several twos and a three-pointer to spark Maryland’s offense. Meyers finished with a game-high 19 points.

“It’s really about who’s on the floor at the end of the game versus the asterisk on your name,” Frese said. “We need [Abby] to impact the game on both ends of the floor, and tonight she was sensational.”

Meyers’ replacement, senior guard Brinae Alexander, has been one of Frese’s first substitutes off the bench. Alexander logged 11 points on 3-for-6 shooting from three in her first start of the year. The Tennessee native is hitting almost 50 percent of her three-point attempts.

“My shot hasn’t really been falling the past couple games,” Meyers said. “Coach did what was best, right? Brinae has been playing really well.”

Maryland dressed only nine players Thursday; freshman forward Mila Reynolds traveled with the team but did not play because of a lower-body injury, according to a team spokesperson. Freshman guard Ava Sciolla and sophomore forward Emma Chardon also missed the affair due to illness, although Chardon sustained an injury in the team’s opener against George Mason on Nov. 7.

This left the away side with nine healthy players against Purdue (8-1), but first-year guards Gia Cooke and Bri McDaniel entered late in the first, exited early in the second and did not check back in.

The Terps trailed from 0:33 in the first to 7:02 of the fourth when senior guard Lavender Briggs sunk a layup. The Boilermakers, led by an 8-0 Abbey Ellis run, regained the lead late in the frame. Ellis finished with a team-high 18 points, and Lasha Petree had 14.

Senior guard Diamond Miller picked up a foul 50 seconds into the game while guarding Terry and didn’t feature the rest of the first. But despite her first basket coming at the beginning of the second, the New Jersey native finished with 18 points and six rebounds.

Sellers, Alexander and Briggs all finished the contest with four fouls, while Miller and Faith Masonius each had three.

The Terps avoided their first 0-2 start to Big Ten play since joining the conference in 2014.