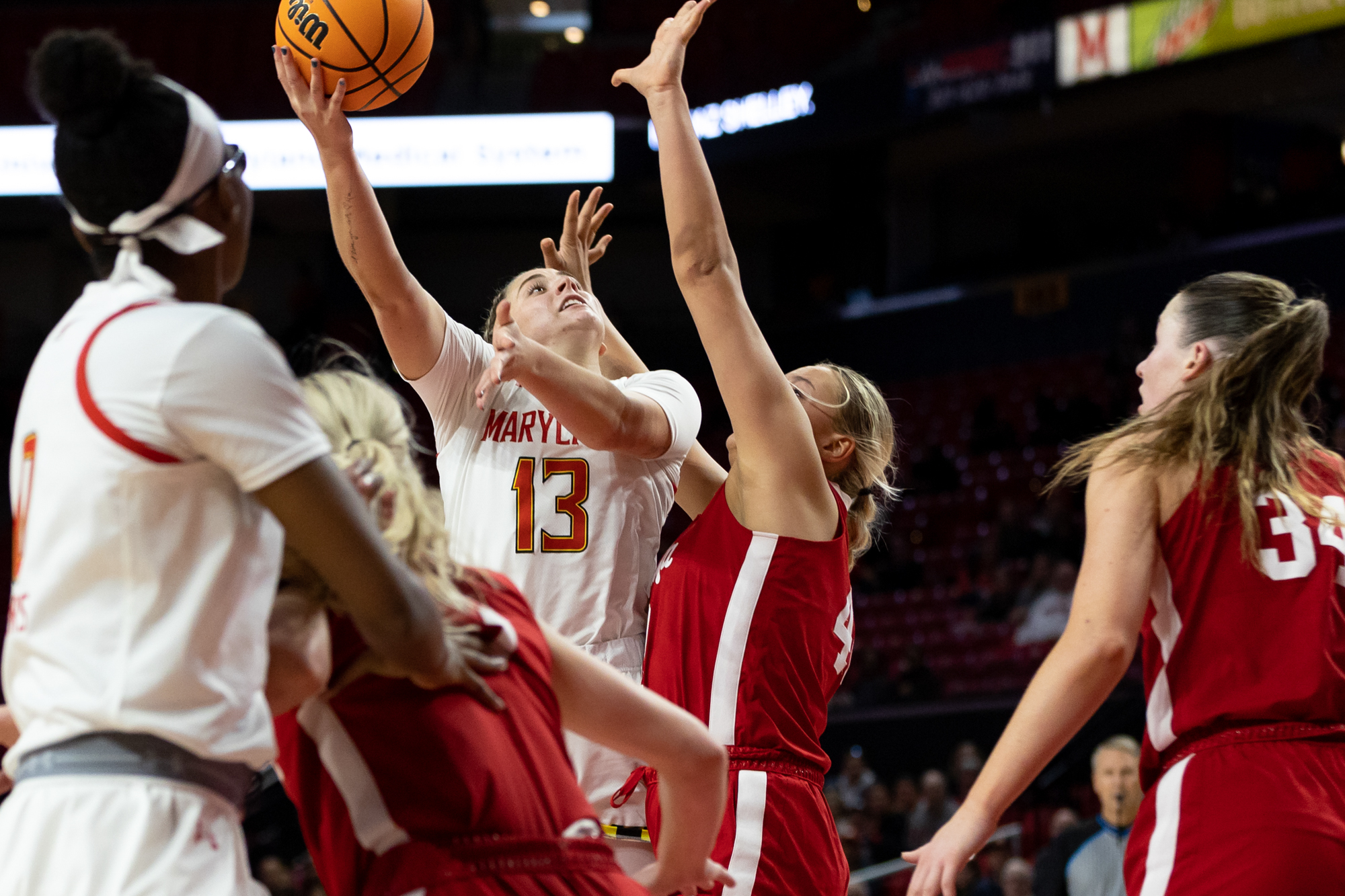 Maryland women’s basketball was trailing by 12 points with four minutes left on the clock against Nebraska. Diamond Miller made two free throws to decrease the deficit to 10, but those would be the last points her team scored.

Days after their buzzer-beater win against then-No. 7 Notre Dame, the Terps fell to the Cornhuskers 90-67 Sunday after being outscored 30-11 in the final quarter and allowing a 13-0 scoring run in the game’s final minutes.

“We’re still continuing to learn players, and we’re still trying to get the levels of consistency,” coach Brenda Frese said Sunday after the loss. “But that level of consistency means nothing when you go to Notre Dame and come back and give a low-level type of effort in a game like this.”

It wasn’t the first time Frese’s squad lost after winning against a higher ranked opponent. After a road win over then-No. 17 Baylor, Maryland lost to DePaul 76-67 in the first game of the Fort Myers Tip-Off.

“I don’t think we want to rush the process as coaches, but it also takes time when you have so many new players that are having to learn completely new systems on both ends of the floor,” Frese said. “It’s not easy.”

Miller, Shyanne Sellers and Faith Masonius are the only returning players on the team currently playing after Emma Chardon suffered a torn meniscus. The rest of the roster is composed of transfers or freshmen.

Every year is different, whether there are new players or not, Masonius said. Each year, players need to learn each other’s habits and capabilities.

“You got to learn even different personalities, how you communicate with people on and off the floor, different tendencies, who’s going to knock down shots when you need them, who’s going to get those rebounds,” she said.

With upcoming finals and potential injuries or illness, it can be difficult for the team to come together and give their all in practice, she said. But Masonius believes when the Terps are locked in, they’ll be able to sprint in transition for layups and improve their defense.

For Princeton transfer Abby Meyers, each game is a new learning experience. She’s impressed with her and her teammates’ dedication to watching film and executing plays from that.

However, maintaining composure and consistency in rebounding is an area the team needs to tackle moving forward, Meyers said.

When the team is truly gelled together, it’ll show consistent talent from the guards on the team, Frese said. Meyers tallied 23 points against Pitt but only six against Notre Dame and two against Nebraska.

“We’re still missing that consistent firepower that we know our guard play is really capable of,” she said. “So once we get to that, it will be pretty exciting.”