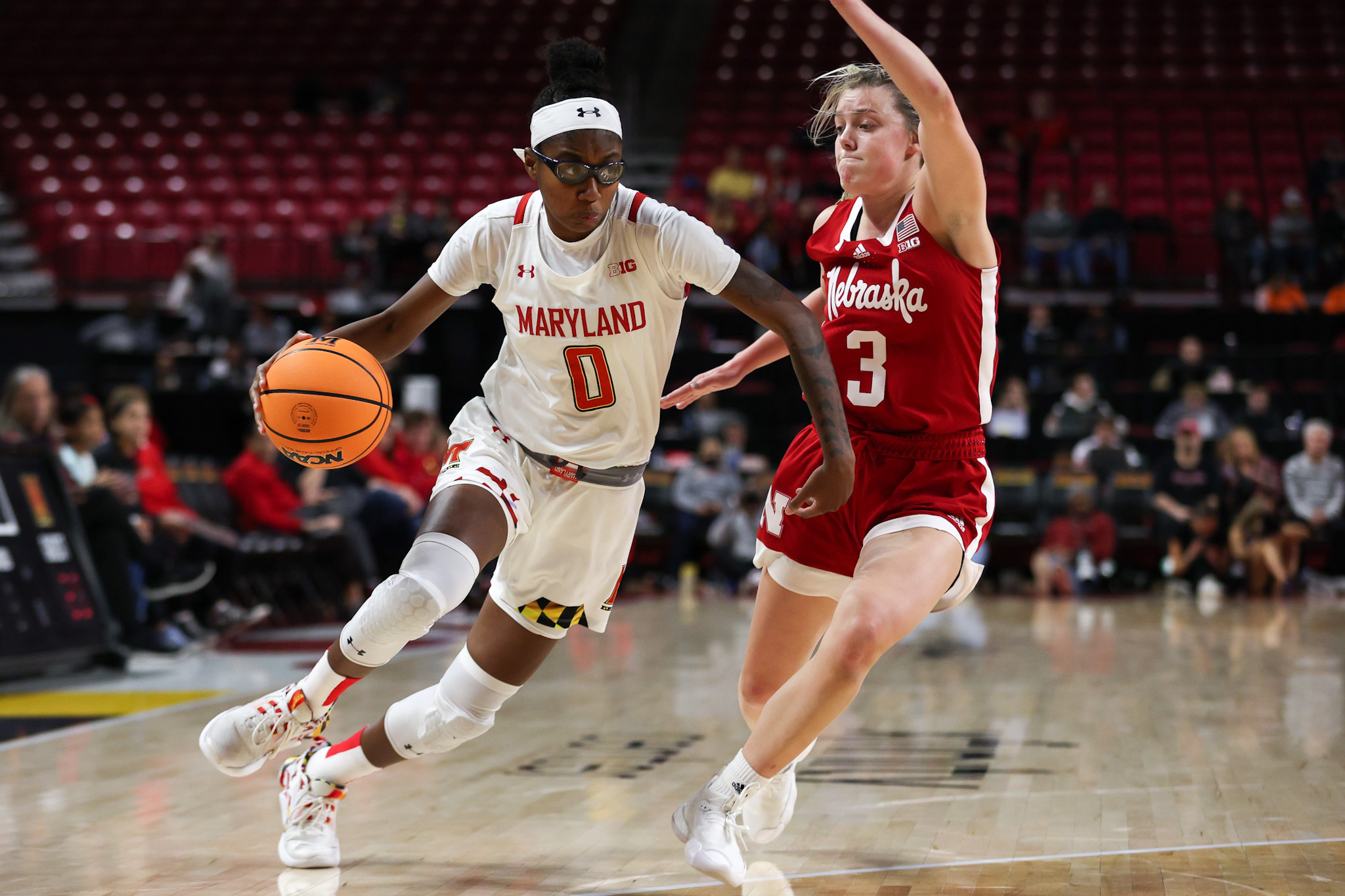 Maryland women’s basketball made a mistake, one it had already made many times: leaving Nebraska’s Jaz Shelley open from behind the three-point line.

Shelley made her third three-pointer in a 29-point third quarter for the Cornhusker, giving her team a four-point lead, one it would take into the final quarter.

Nebraska shot 12-25 from behind the arc as the Terps were rocked from deep at the Xfinity Center Sunday.

Shelley scored a game-high 29 points as Maryland women’s basketball squandered a chance to get head coach Brenda Frese her 600th career win, losing 90-67 to the unranked Cornhuskers in the Terps’ Big Ten opener.

“I thought they exposed us in every way possible,” Frese said. “We knew they could shoot for three, but they had a great game plan to drive and kick and rebound and were really, really aggressive.”

The 23-point defeat is the second-worst loss Maryland suffered this season after a 25-point loss to No. 1 South Carolina without Diamond Miller.

Maryland did not take advantage of Shyanne Sellers’ career-high 21 points on 7-of-12 shooting. The sophomore guard started her fourth straight game and also added eight rebounds.

Sellers dribbled the ball for a second — seemingly contemplating her next move — before darting past Nebraska defenders and making the layup to give the Terps a one-point lead in the second quarter.

“Career-high type of night doesn’t mean anything when we lose the game,” Sellers said.

She scored eight first-quarter points, but Maryland got off to a slow start. It allowed the visitors to embark on an early 8-0 run that put the Terps down four.

Coach Brenda Frese called for a substitution that put Lavender Briggs and Brinae Alexander in place of Miller and Sellers. Nebraska hit a three-pointer to extend its lead to seven but the two veteran reserves quickly responded.

Alexander struck first, pushing through two Nebraska players to the basket for a driving layup. Briggs followed up with a jumper, reinvigorating Maryland’s offense and letting the Terps stay tied at 16 at the end of the first.

Maryland once again looked to Alexander for offense in the second quarter as they struggled to pull away from the Cornhuskers. She made her second three-pointer of the quarter as a part of a 13-0 Maryland run that secured its largest lead of the game at 36-25. Alexander finished with 14 points.

But Shelley fought back with back-to-back shots behind the arc, trimming Maryland’s lead to just six at the half.

Miller, who was kept scoreless in that first half, found her groove in the third quarter. She began the frame with a three-pointer to give her team a 39-31 lead and scored 13 total points but shot just 3-of-12. The bulk of her points came from the free throw line, where she made all six of her attempts.

She was one of three Terps who struggled with foul trouble. Miller, Alexander and Abby Meyers all ended the game with four fouls. Meyers struggled in the game, playing 26 minutes and making just one shot.

Those issues along with an inability to contain Shelley and the Nebraska barrage doomed Maryland in a blowout loss to start the conference slate.

“We have to get off to a better start,” Alexander said. “We got to figure out how we want to approach the game and that starts with practice, the shootaround, everything.”