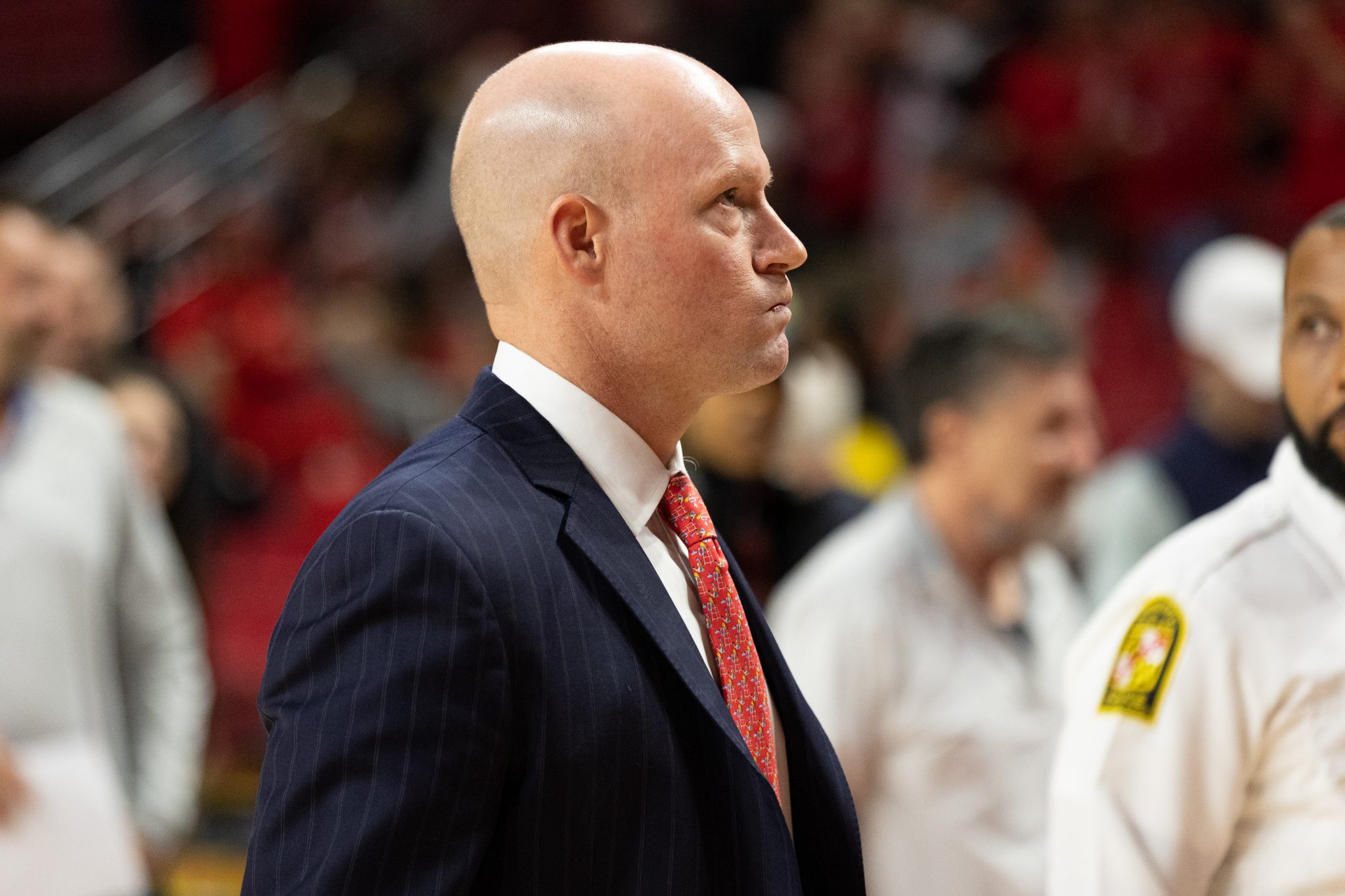 “[Louisville] has changed dramatically,” Willard said after Maryland’s 79-54 win over the Cardinals Tuesday. “I still have a lot of good friends, family here so it’s always special coming back. It’s a great city, it’s a great fan base, it’s just not the same program it was.”

Willard spent seven years as an assistant under Pitino from 2001-2007. Before that, he worked with Pitino for four years as he coached the Boston Celtics.

His dad, Ralph Willard, also had a relationship with Pitino. Both went to the same high school, St. Dominic’s on Long Island.

Ralph Willard coached St. Dominic’s for more than a decade and later reunited with Pitino on the New York Knicks coaching staff from 1987 to 1989 before joining him at Kentucky and Louisville.

Pitino gushed about the younger Willard in an NJ.com article in February.

“[Willard’s] become one of the premier young coaches in the game,” Pitino said. “Seton Hall, I wouldn’t say it’s a difficult job, but he’s done a fabulous job.”

Willard has the Terps sprinting off the blocks to a 7-0 record for only the 10th time in team history. At the same time, the Cardinals have hit a low, plummeting to 0-7.

Pitino was fired by Louisville in 2017 amid a major recruiting allegations involving “pay-for-play” practices at the program that resulted from an FBI investigation of corruption in college basketball.

The Cardinals have only gone to one NCAA tournament appearance since Pitino’s firing. The drought comes after a decade in which they won a national championship under the coach that is now vacated due to another controversy involving escorts and recruits.

Willard is now 2-2 as a head coach against the Cardinals since Pitino’s departure.

The Terps coach had little interest in finding solutions for his former team after Tuesday’s game.

“Not my issue,” Willard said, shaking his head. “I have no comment on that.”

With the end of the ACC/Big Ten Challenge, it could be a while until the Maryland coach has another shot to face his former team.

Willard said he is interested in facing the Cardinals again, but a potential increase in 20 to 22 conference games could halt the potential future match-up.

“I would [schedule Louisville],” Willard said. “I’ll have to talk to [Louisville coach Kenny Payne] about that … There’s no way if we had two more league games, that you can play any more nonconference games.”