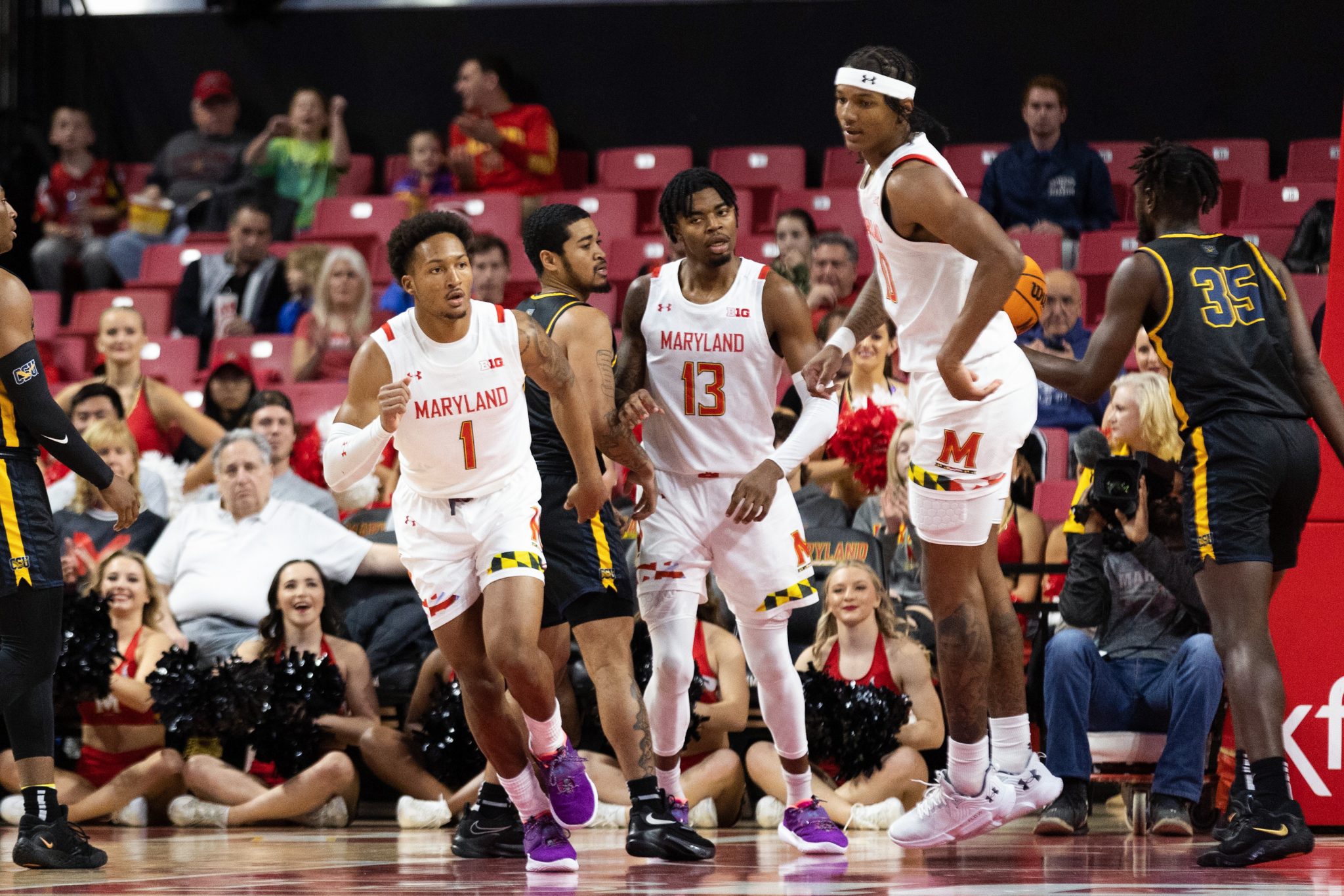 The ball barreled around the perimeter as Maryland men’s basketball scanned for an opening in Coppin State’s defense. It made its way to Jahmir Young, who popped it over to Hakim Hart in the high post.

Hart had no intention of scoring. He kept Young in his peripheral vision, and the guard cut behind an unwatching defender to open space. Hart timed it up, and bounced it over to Young for a strong lay-in.

The possession, while insignificant to Maryland’s 95-79 win over Coppin State Friday, helped highlight the offensive efficiency of its starters. The unit is helping the Terps overcome a low-scoring bench.

The Terps have garnered the best offensive rating through the season’s first six games of any Maryland squad since at least 2010. Offensive rating is defined by Sports Reference – College Basketball as an estimate of points scored per 100 possessions.

Maryland is 10th in the country in that metric. A large majority of that can be attributed to the Terps’ starters, who have performed at a sublime level.

KenPom rates coach Kevin Willard’s squad as the 17th most efficient offense in the country, adjusted for the strength of its opponents’ defenses.

[Maryland men’s basketball moves up to No. 22 in AP poll]

“I do think we’re a little bit ahead of schedule,” Willard said. “I love how this team has worked. I love their attitude. I didn’t think they would pick up scouting reports as well as they have, and they’ve picked up our game plans extremely well.”

Julian Reese has emerged as a legitimate scoring threat inside. Young has produced similarly from his playing days at Charlotte, and Donta Scott is much improved from beyond the arc. Hart is shooting 44 percent from three and has the seventh highest individual offensive rating so far since 2009.

Don Carey has struggled from three so far this season, but has improved with volume over recent games. He’s the only Maryland starter under double-digit points per game.

“We’re still a major work in progress,” Willard said. “But from the standpoint of the first five, I think they have a really good feel for what everybody can do on the court.”

Those first five need to be excellent because Willard’s squad ranks 296th in bench points per game.

The bench players’ inability to score hasn’t mattered much so far, but it gives Maryland little room for error if a starter gets injured or plays poorly.

The Terps still haven’t played a quality defensive foe yet, and won’t until they start Big Ten play against Illinois on Dec. 2.

But inadequate competition or not, Maryland is ahead of past years’ scoring pace.

The 6-0 start is evidence this team can make waves, but how far the starters alone can carry this team remains to be seen.