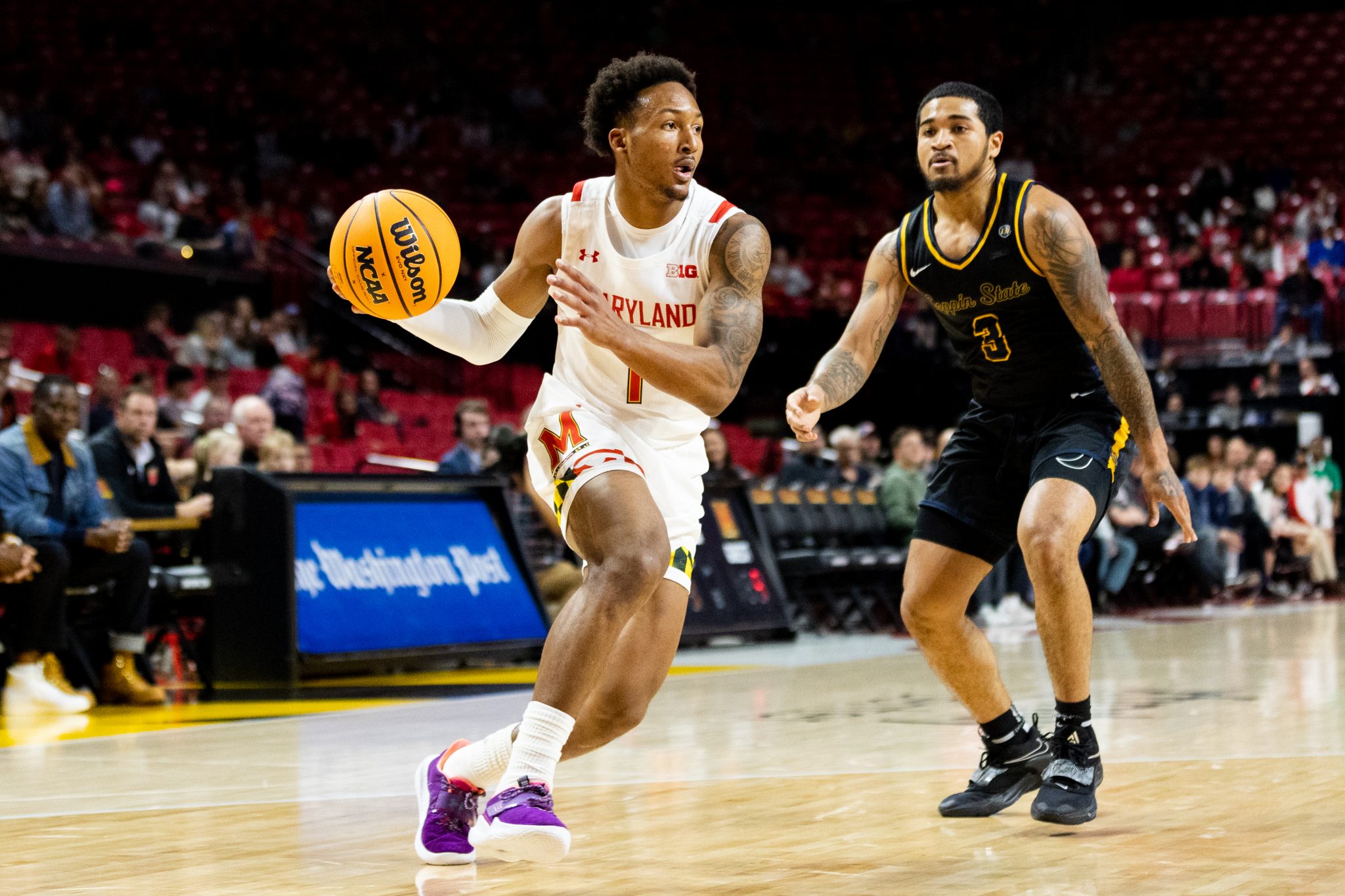 Maryland men’s basketball moved up one spot to No. 22 in the latest AP poll released Monday.

The Terps won their only matchup in the last week, a 95-79 victory over Coppin State Friday. Julian Reese, Hakim Hart and Jahmir Young all notched more than 20 points, the first time three different Maryland players notched 20-plus points in a game in more than 20 years.

Last week, Coach Kevin Willard’s squad entered the rankings at No. 23 for the first time since November 2021.

Maryland is one of only 20 undefeated teams left in the nation after a perfect 6-0 start. Purdue and Indiana are the only other Big Ten teams to remain perfect thus far and slot in at No. 5 and No. 10 in the AP poll, respectively.

Conference foes Illinois, Michigan State and Ohio State also join the Terps in the rankings at No. 16 and No. 20 and No. 25, respectively. Maryland is ranked fifth of nine Big Ten teams receiving votes in the poll.

Despite rising in the AP poll, the Terps sit 24th in KenPom’s statistics-based rankings, two slots lower than they did when the previous poll was released.

Maryland will hope to remain perfect on its first true road trip of the year against Louisville — a team that’s had a dismal 0-6 start to its season — before returning home to take on No. 16 Illinois in the Terps’ Big Ten opener Friday.