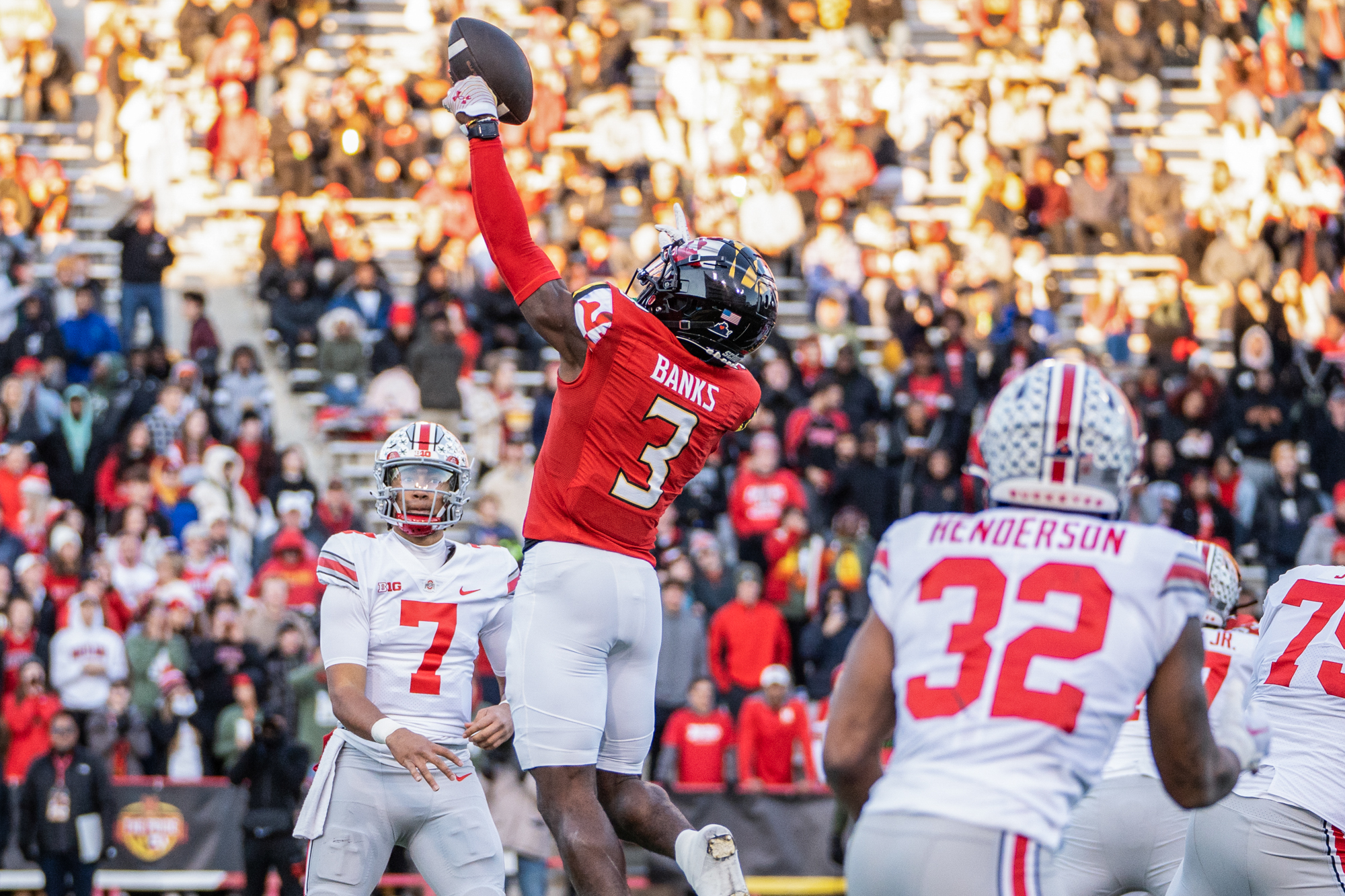 Maryland’s quarterback is the program record holder in career touchdown passes and career passing yards. He completed 68.6 percent of his passes, second best in the conference, for 2,787 yards, the third best. Tagovailoa threw for 17 touchdowns and six interceptions and added four scores on the ground.

Kicker Chad Ryland was the only other Terp to make it onto one of the conference’s All-Big Ten teams, landing on the coach’s second team behind Michigan’s Jake Moody. Ryland, who transferred from Eastern Michigan before the season, made 80 percent of his field goal attempts and notched three makes of 50 or more yards — the highest in the conference.

He was also named the Big Ten’s Special Teams Player of the Week for his performance against Rutgers, where he made three field goals and nailed four extra points.

This is Duncan’s third time being named honorable mention. Glaze’s first selection came after the redshirt sophomore started every single game this year. Dyches caught 35 passes for 449 yards in the regular season, which ranks No. 25 in the conference.

Hemby broke onto the scene in his redshirt freshman campaign with 924 rushing yards and 1,200 yards from scrimmage — the highest among Big Ten freshmen.

Jarrett saw his production dip precipitously from last year, when he finished with 829 yards. This year, he caught 40 receptions for 471 yards, which ranks No. 18 in the conference.

Banks and Bennett combined for two interceptions and 18 pass breakups this season. Bennett was invited to the Reese’s Senior Bowl. Brade led the team with 49 solo tackles and is tied for the team lead with two interceptions.

Barham had 6.5 tackles for loss, the most on the team. He was named Big Ten Freshman of the Week after Maryland’s Week 6 loss to Purdue, a game where he totalled two sacks, a forced fumble and recovered a fumble. Finau started all 12 of Maryland’s games.

Miller, 31, is no longer listed as one of the Terps assistant coaches on the team’s website. He was a graduate assistant at Alabama in 2017, where Maryland head coach Mike Locksley coached at the time.

He came to the Terps in 2019 as tight ends coach and was promoted to co-offensive coordinator in 2021. He was named to 247 Sports’s 30 under 30 list in 2019 and the American Football Coaches Association’s 35 Under 35 Coaches Leadership Institute in 2021.

Dippre, a sophomore, started Maryland’s season opener and split time with Dyches throughout the season. He finished the regular season with 30 catches for 314 yards.

McCullough, a redshirt senior, had been with the Terps since 2018. He found occasional playing time and ended the regular season with 45 tackles, three tackles for loss and two fumble recoveries.