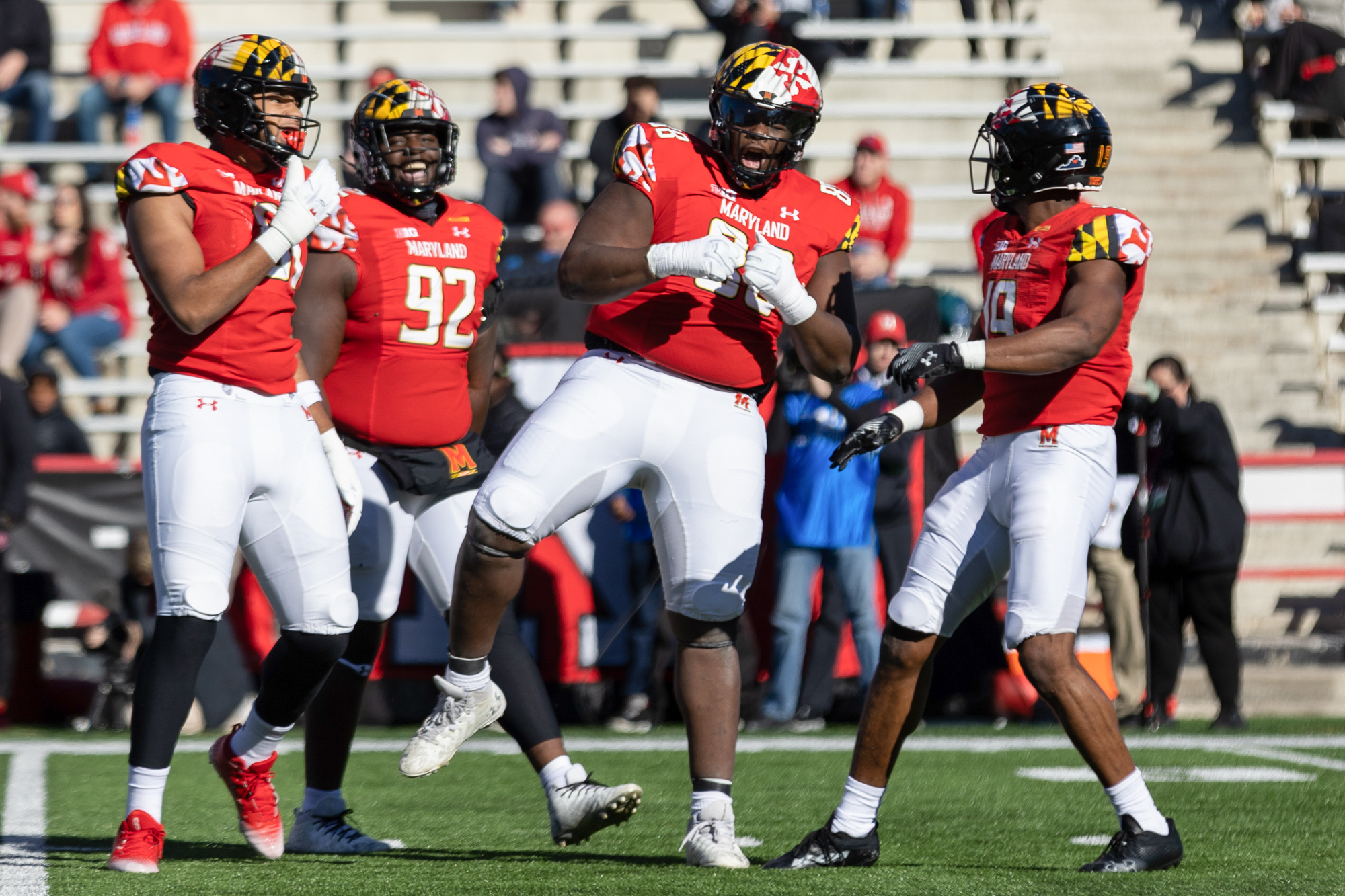 Maryland football’s defense has been good enough for most of this season, particularly when it faces off against less talented offensive units.

The group has done well enough to let the Terps escape with victories and even had moments of strong play, but it hadn’t throttled a team. That was a huge talking point for coach Mike Locksley, who identified increased consistency as a goal for his team ahead of his team’s regular season finale.

Locksley wanted his squad to play every game against a “faceless, nameless opponent,” so his team would put together strong performances as they did against elite squads such as Ohio State and Michigan — games in which he praised the Terps’ mental intensity.

Maryland finally smothered an opponent Saturday against Rutgers, notching the program’s first shutout of a conference opponent since joining the Big Ten in a 37-0 shellacking of the Scarlet Knights.

“Obviously, our defense has been improving all year long,” Locksley said after the game. “To carry [our mental intensity from the Ohio State game] over and have the first shutout since we joined the Big Ten, which is a great feat no matter the opponent.”

Defensive coordinator Brian Williams’ unit allowed just 135 total yards, the least Maryland has allowed against an FBS opponent since 2001. The dominance doesn’t come as a total surprise, Rutgers has just one Big Ten win this season and is tied for the second fewest points per game in the conference.

“There’s nothing that they did that we couldn’t control,” linebacker Ahmad McCullough said. “It felt so amazing, it was thrilling, all the energy was just like so up.”

But what makes the Terps’ play notable is that they’d faced similarly dismal offenses before and let them enjoy success.

Maryland played Charlotte in its second game of the year, a team ranked No. 9 in Conference USA’s scoring average that fired its head coach midseason. But the 49ers scored three touchdowns and notched the third most passing yards they’ve had in a game this season against the Terps.

Two midseason conference games against dreary Big Ten offenses pitted Maryland against Indiana and Northwestern, teams now ranked No. 12 and No. 11 in the conference in total offense.

[Maryland football has opportunity to establish consistency against Rutgers]

But the Terps let the Hoosiers outscore their current season average in points per game by almost 10 points. Indiana threw for the third most yards it had in a single game this year as the Terps escaped with a narrow five-point win.

The Wildcats, who just wrapped up a dismal 1-11 campaign, are the worst scoring offense in the Big Ten at less than 14 points per game. But they didn’t have a single three-and-out against Maryland and rushed for a season high 215 yards in a 24-point outing.

Each of these games featured strong moments for the Terps’ defense. Maryland held the Wildcats and 49ers scoreless in the third quarter and forced three turnovers against the Hoosiers, but the periods of shutdown defense didn’t carry on through the game.

That wasn’t the case in College Park Saturday as Maryland finally clamped down for four full quarters of dominant play against a Big Ten team.

“Today was more about doing simple things better, wasn’t a big scheme thing, wasn’t something we went in saying, ‘Hey, here’s the special things we have to do,’” Locksley said. “It was just about doing simple better, our defense really did a good job at it early in the game, and then they finished it the right way.”