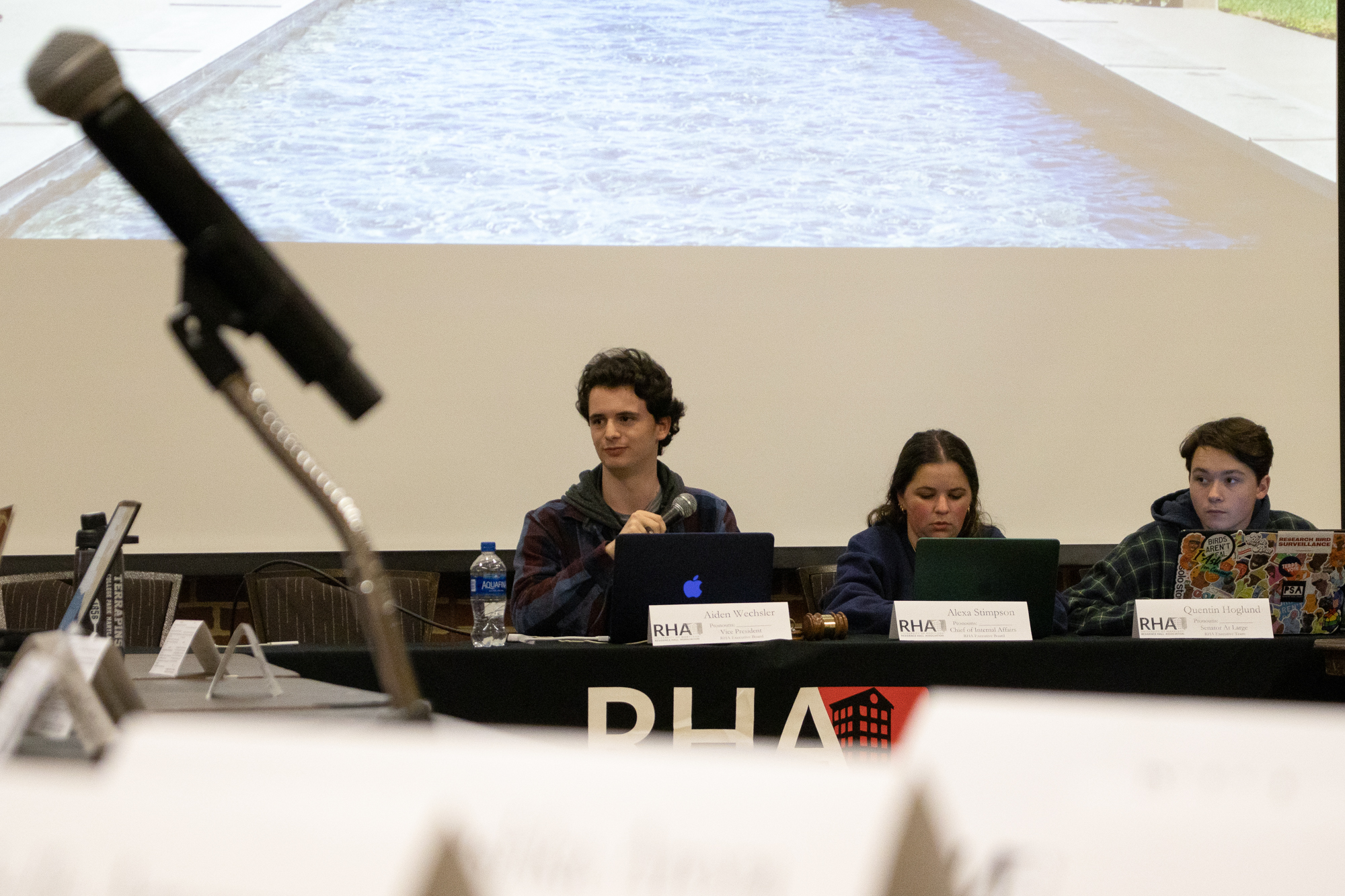 The University of Maryland RHA passed two resolutions Tuesday night in support of increasing fees for student meal plans and residential housing for the next fiscal year. The fee increases will help fund department maintenance expenses, salary adjustments and other costs.

This means students would pay an extra $369 each year for a double room in a traditional air conditioned dorm and an extra $236 per semester for an on-campus meal plan. The plan is still subject to change after consultation with university administrators, said sophomore government and politics major Erika Holdren, the dining services representative.

Resident Life director Dennis Passarella-George spoke to the Residence Hall Association Senate about why these costs are important.

“We’ve worked hard over the decades to keep our fee increases as low as we possibly can have them be,” Passarella-George said.

Leonardtown representative and sophomore government and politics major Sage Neale came into the meeting thinking $3 million could be costly for students. However, after listening to Passarella-George, he realized they did what they could.

The standard room rate increase this year is less than half of last year’s 9.76 percent.

The dining services fee increases will help generate more than $3.9 million in additional budgeted revenues. Nearly 60 percent of the additional revenue will help fund salary and wage adjustments, according to the proposal. More than $1.2 million of the revenue will fund an increase in cost of food products.

Gould expressed concern about the 11.2 percent increase in food prices over the past year, which was considered for the $1.2 million of the revenue that will fund an increase in cost of food products.

“It wouldn’t be fair to charge the students [in] 2024 this 11 percent price this far out when there’s a possibility that what we observe for the inflation that’s occurred so far, could in fact, go down,” Gould said.

Holdren pointed out dining services already decreased the 8.81 percent rate by nearly 3 percent already. She said the fee increase is largely due to the opening of Yahentimitsi Dining Hall, and allowing for more funds for staffing and food.

“Looking at this now, this is the best representation that they can give us for the fee increase for the upcoming year,” Holdren said.