‘Where are we?’: Maryland football held a heartfelt meeting after Penn State loss 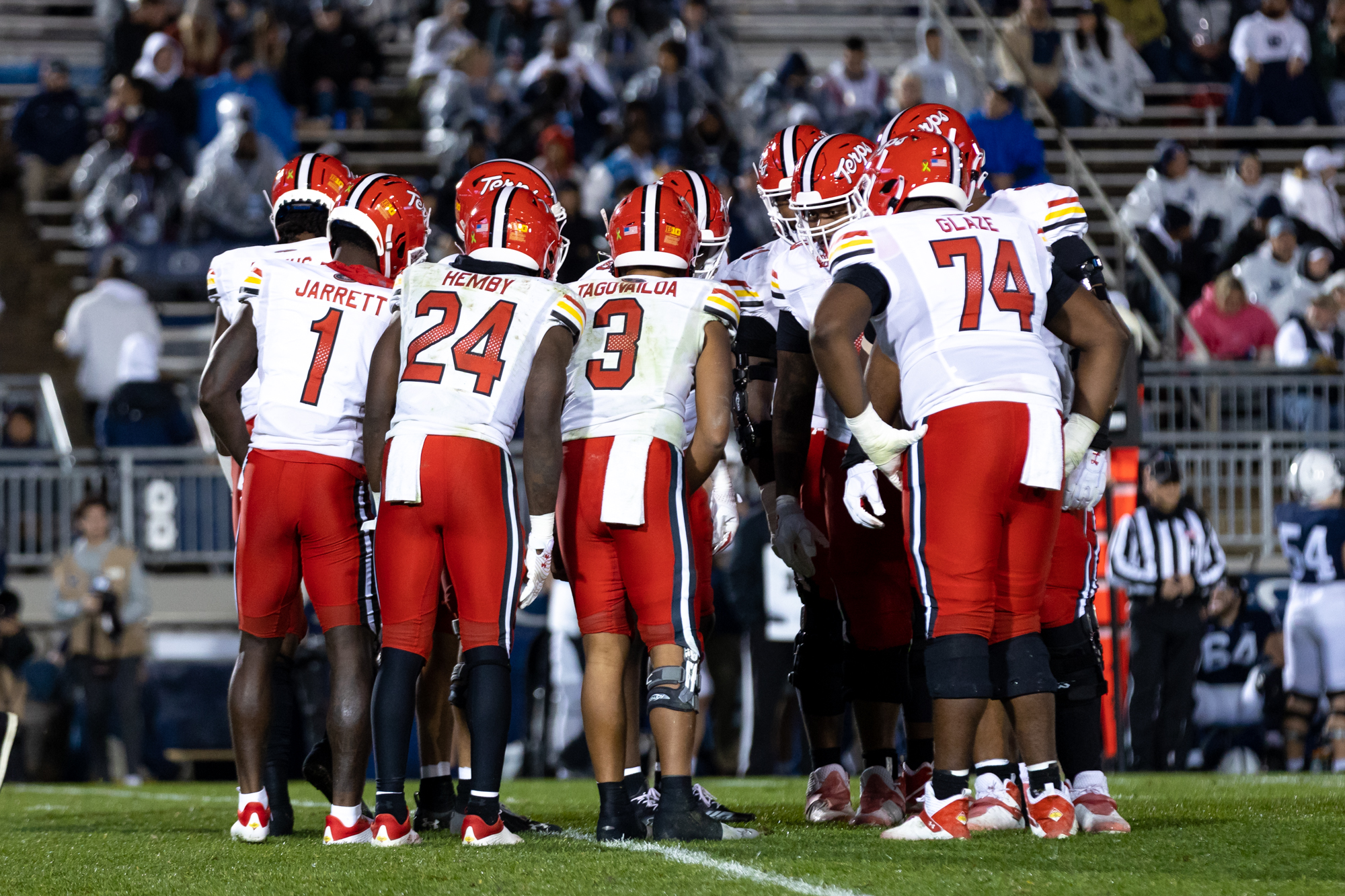 When Maryland football coach Mike Locksley met with his team following its 30-0 loss to Penn State Saturday, he posed a question before opening up the floor to his players.

It was a simple inquiry, Locksley said, a question to begin the process of airing out team frustration amid a two-game losing streak at a time when nobody in the Terps’ building was happy with the recent product they had put out on the field.

Maryland’s coach has seen blame tossed around the locker room throughout his four-year tenure at the helm in College Park. He said he’s watched fingers point and locker room camaraderie deteriorate during losing spells.

But the Terps’ “heart-to-heart” team meeting Monday painted a much different scene than in previous years.

One by one, players spoke up and took accountability for their performance in Maryland’s losses to Penn State and Wisconsin. The speakers ranged from walk-ons to seniors, Locksley said.

“I continue to talk about us taking the next step, sometimes you think it’s tangible wins and losses,” Locksley said. “We took the next step with the way our players respond, because they’re not happy about the way they played.”

Dante Trader Jr. expected Locksley to lay into the team following the Terps’ loss to the Nittany Lions, a game where none of the team’s three phases played up to its standard. Maryland’s defense allowed 27 first-half points on the road in Happy Valley while their offense stalled for the second straight week.

So when Locksley allowed his players to let him and the rest of the team know just how they were feeling, it helped “clear the air,” the sophomore said.

“He was, I would say, being a father,” Trader said of Locksley. “He came out, he was like ‘You know what, I’ve been talking a lot through the past weeks, I want to hear it from you guys.’”

Trader was one of many players who made his voice heard in the meeting — he said each position group was in a “soul searching” spot, where they needed to figure out the team’s flaws with a home bout against No. 2 Ohio State on the horizon.

The team emphasized the importance of studying film in the immediate aftermath of the loss. Locksley said he watched the entire Penn State game three times over, focusing on one phase of the game in each watch.

He then sat down with Taulia Tagovailoa to review the tape again to understand the root of the quarterback’s recent struggles.

[Maryland football’s best receivers have gotten fewer touches, but its offense has improved]

Tagovailoa is coming off of two of his worst statistical games as a Terp — he set what was his career-low in passing yards with 77 against Wisconsin before throwing for just 74 the following week against Penn State.

It was there, watching film next to his coach, where the quarterback diagnosed issues with his play. Tagovailoa emphasized cleaning up his footwork and getting the ball out of his hands quicker as improvements he wants to make to his game.

“As an offense we just gotta go back to the basics,” Tagovailoa said. “Do what we’ve been doing before the bye week … just gotta get this thing back on track.”

The Terps will be forced to try and rekindle their spirit against a colossal foe in their first home game since mid-October. Maryland has yet to beat the undefeated Buckeyes in program history and hasn’t beaten a top-two team since 1955.

But after the teammates aired their frustrations with one another and delivered a call to action, the Terps feel they’re in a better place with a chance to bounce back against a lauded opponent.

“We had that meeting, [we] were all honest with each other,” offensive lineman Spencer Anderson said. “We’re in a good spot.”

“Excited to see what we can do this Saturday.”