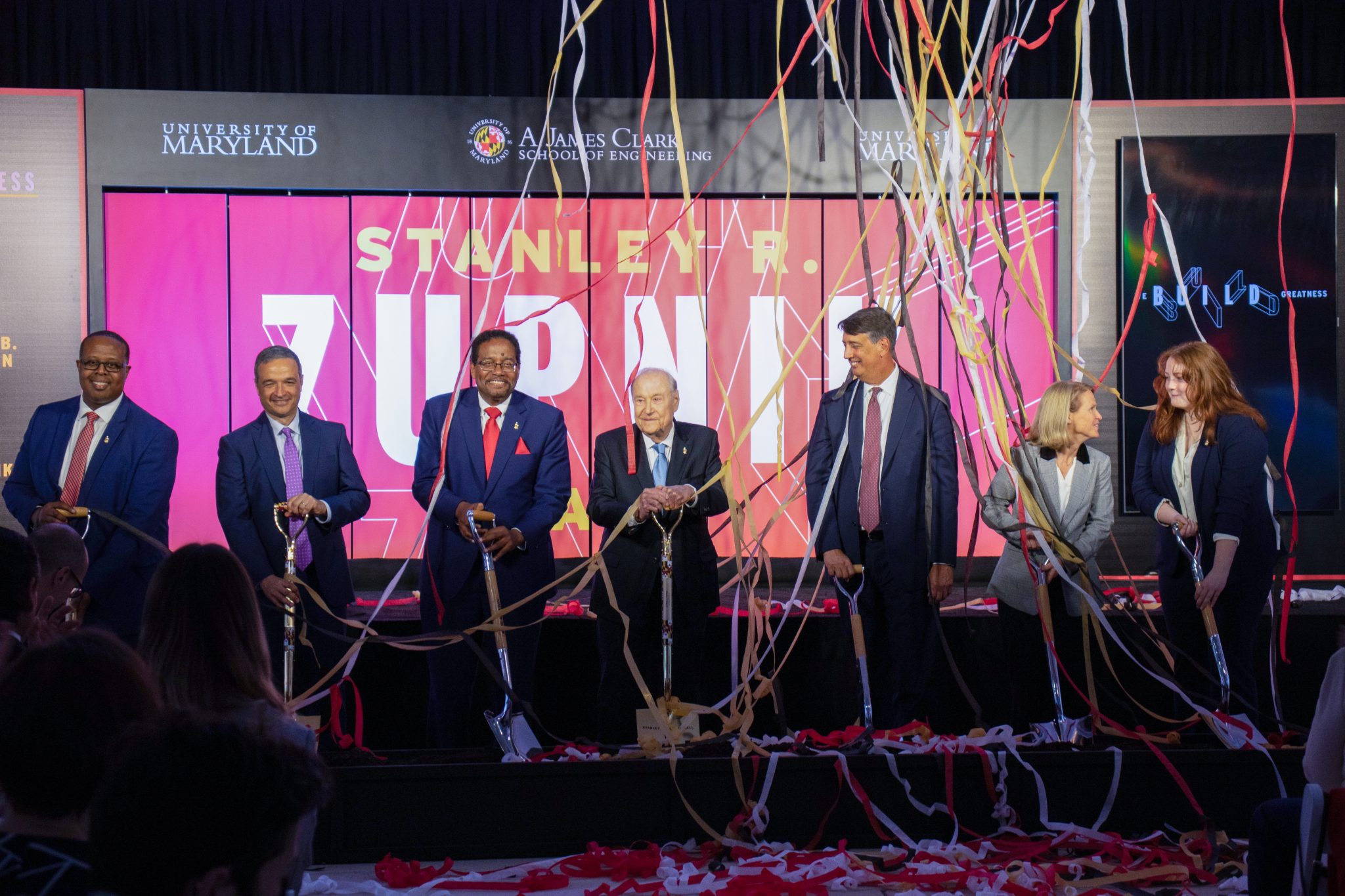 The groundbreaking of a new engineering building, Stanley R. Zupnik Hall, during an event on Nov. 10, 2022. (Neelay Sachdeva/The Diamondback)

The 157,000 square foot building will feature virtual, interdisciplinary research, instructional labs, a seminar classroom and a conference and meeting space. It will also include spaces for identity-based student organizations including the Society of Hispanic Professional Engineers, Society of Women Engineers and Black Engineers Society.

The building will be a place for engineers to develop technologies and innovations that will directly impact health and communications, said Samuel Graham Jr., the engineering school’s dean.

The building is named after Stanley R. Zupnik, a 1959 alum and president of Majestic Builders — a company that specializes in upscale renovations and new home construction. Earlier this year, Zupnik pledged $25 million toward the new facility.

“The University of Maryland and the engineering school helped me bring my ideas to fruition,” Zupnik said, adding that philanthropy is important to help pave the way for future generations. “I am pleased and honored to support the next generation of engineers in this quest.”

Community members gathered in a white tent outside of the Jeong H. Kim Engineering Building.

The idea for the new building began around five years ago when Zupnik first brought up the idea of helping the university with the building.

[A space to ‘defy the impossible’: UMD community gathers at IDEA Factory dedication]

“This is a great moment, not only for our engineering school, but the entire University of Maryland and the surrounding community,” Pines said. “Having such dedicated friends and partners is a big reason why I’m optimistic about where our campus is today and where it’s headed in our future.”

The new building comes after the Southern Maryland Autonomous Research Technology building that opened in 2021 in St. Mary’s County and the E.A Fernandez IDEA Factory that was dedicated in May 2022.

The ceremony closed with Graham Jr. gifting Joe Del Guercio and Zupnik shovels as a reward for their hard work toward the engineering program. Del Guercio is the president of the A. James & Alice B. Clark Foundation, an organization that made a historic $219 million investment in this university’s engineering school in 2017.

“Together, our investments will cultivate the next generation of engineering leaders,” Del Guercio said.