A space to ‘defy the impossible’: UMD community gathers at IDEA Factory dedication 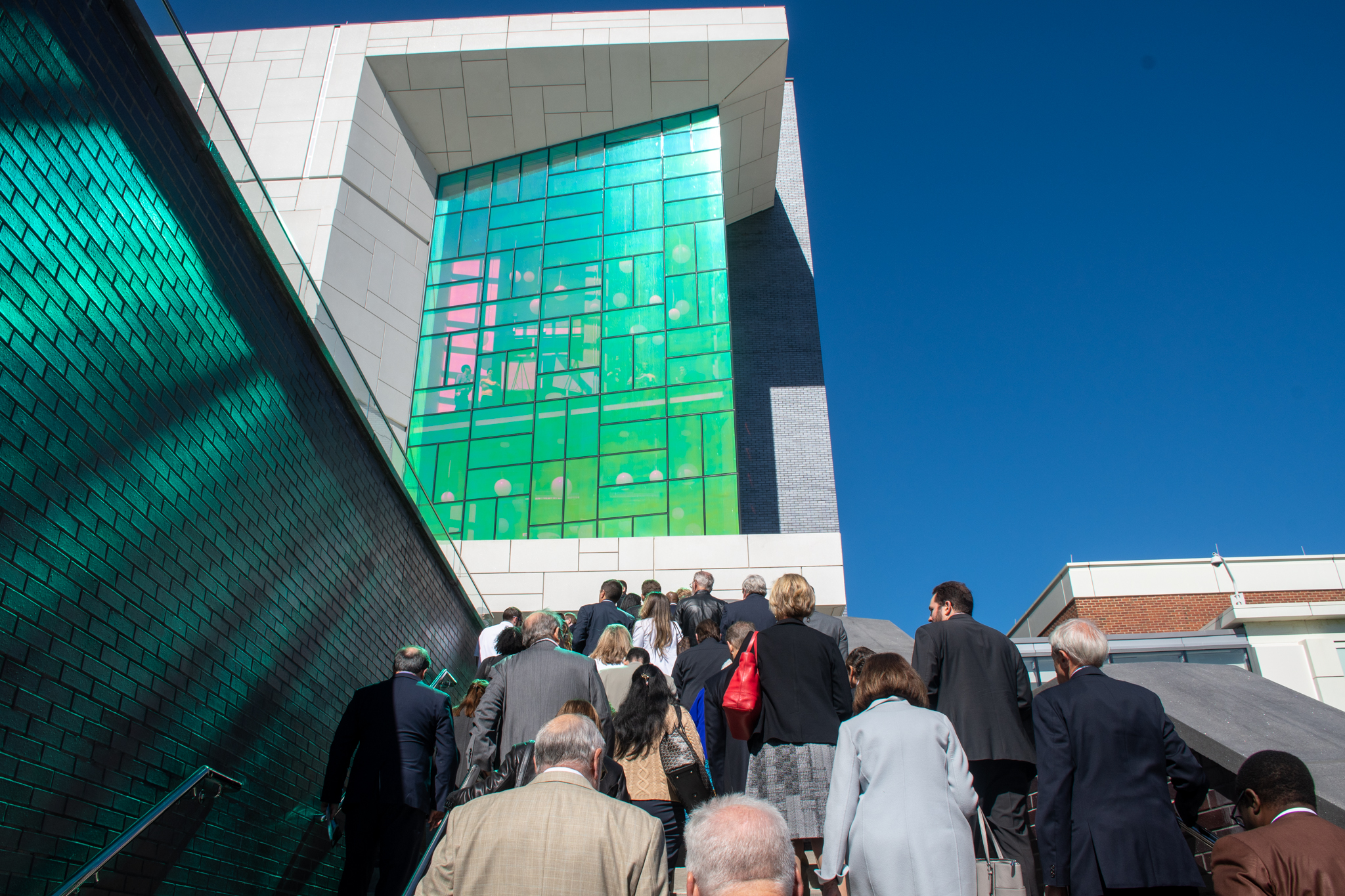 Visitors ascend the stairs leading into the IDEA Factory to join the tours of the new building on May 10, 2022. (Christine Zhu/The Diamondback)

The University of Maryland held a ceremony Tuesday morning for the building dedication of the E.A. Fernandez IDEA Factory, a $67 million project designed to promote dialogue across engineering, arts, business and science.

The IDEA Factory is the university’s only building funded solely by private philanthropic support, according to the building dedication program. Construction on the 60,000-square-foot facility began in early 2020.

Samuel Graham Jr., the engineering school dean, said the IDEA factory is a place for students to be creative regardless of their major or background.

“The problems that we face today, they really don’t care what your degree’s in, or your pedigree, or your expertise,” Graham said. “It is up to us to define the problems and to bring the right talents together that are needed to develop solutions to complex problems that are facing society.”

University President Darryll Pines said this university has a “grand tradition of innovation.”

For example, this university was the home of the first internet exchange, he said. It connected the first U.S. commercial and non-commercial networks.

“The IDEA Factory is going to embody visionary action that will bring together students, faculty and staff for robotics to quantum engineering to brainstorm, design, build prototypes, develop business plans and move inventions from the laboratory to market,” Pines said.

Emilio A. Fernandez, who graduated from this university in 1969, is the building’s namesake.

He said when initially meeting with the building’s architects, he wanted to craft something that would “defy the impossible” because of all the creativity that would happen inside.

“I believe that everyone has the potential for vision, but we have to free them,” Fernandez said. “We have to unleash that vision.”

The building serves as the home for several research programs and activities for students.

The Robotics and Autonomy Lab occupies the third floor, allowing space for students to work on constructing robots.

Engineering students can use the ALEx Garage on the building’s first floor as a place to work on entries for competitions.

The Angel P. Bezos ‘69 RAPID Prototyping Lab is a makerspace in the building complete with 3D printers and other equipment that can be used to create prototypes and models.

On the first floor, the building also hosts Startup Shell, a student-run coworking space where students can work collaboratively on startups beyond this university’s campus.

The second floor holds IDEA Central, a cafe with a salad-making robot named Sally and an outdoor patio.

Shane Bonkowski, a junior aerospace engineering major, is the president of UMDLoop, a group of engineering and physics students aiming to win Elon Musk’s second annual Not-a-Boring tunneling competition. The group will work in the building.