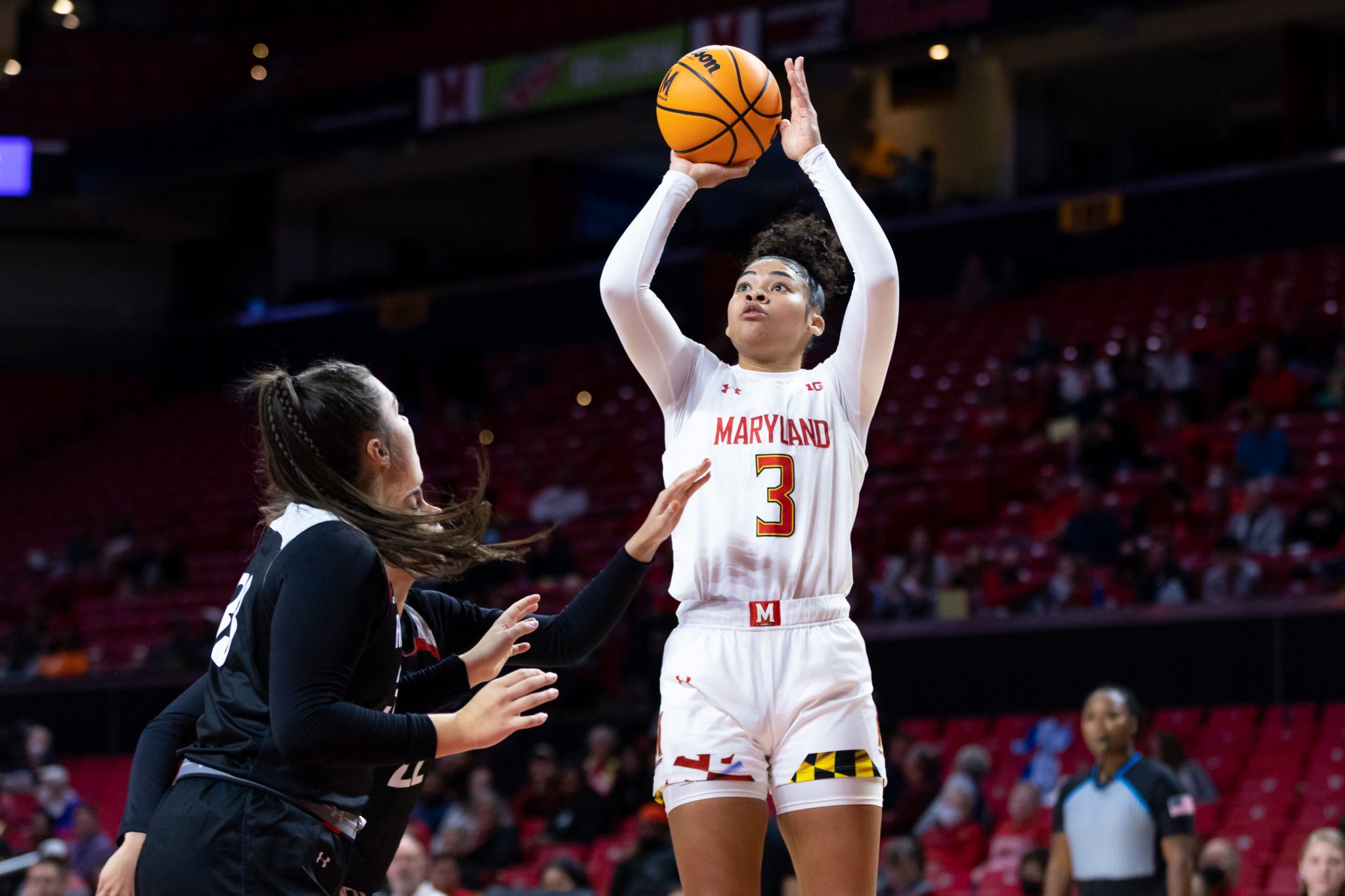 The Maryland women’s basketball team set to face No. 1 South Carolina Friday looks much different than the one that held the reigning national champions to 66 points last December.

Senior forward Faith Masonius and sophomore guard Shyanne Sellers are the only players who played in that game still on Maryland’s roster.

But even though the Terps have nine new players this season, there is an abundance of experience on coach Brenda Frese’s team.

Two of the transfers Frese and her staff brought in have prior experience playing in the SEC — Florida transfer Lavender Briggs and Vanderbilt transfer Brinae Alexander.

Briggs, a winter recruit, and Alexander, Vanderbilt’s leading scorer a season ago, have both twice faced the Gamecocks. Briggs averages 19 points a game against South Carolina, while Alexander averages 7.5.

“I think it helps also that some people came from the SEC, so they kind of know what to expect,” Sellers said. “It’s just kind of good that you know how aggressive they’re gonna play and what their tendencies are a little bit.”

No. 17 Maryland also has players who, while lacking SEC experience, have played some of the nation’s top programs.

Meyers then almost led the Tigers past No. 3-seeded Indiana. The 2022 Ivy League Player of the Year scored 40 points across two NCAA tournament games and had a team-high 19 points Monday against George Mason.

“What’s great is that we’re a new team, but we have a lot of experience,” Meyers said.

Graduate guard Elisa Pinzan was part of a South Florida team that handed Stanford  just one of its four losses last season, picking up a 57-54 win. Pinzan played all 40 minutes, had 11 points, five rebounds and six assists.

She also had eight points and six assists in a seven-point loss to UConn.

“We want to lean on all of that, lean on that experience to have them guide us from the tip and then blend the youthful bliss of our young kids onto the floor,” Frese said.

Not only will Frese rely on Briggs, Alexander, Meyers and Pinzan for their scoring and play-making abilities, but she will also call upon their leadership and composure.

“I know there’s gonna be jitters for the game,” Meyers said. “There’s gonna be nerves, and I think for us, it’s just being composed, and for me, how I can do that is lead confidently and lead calmly.”

Meyers will be but one player leading a group littered with freshmen who impressed Monday. Freshmen Bri McDaniel and Gia Cooke combined for 18 points and nine rebounds in 35 minutes in their Maryland debuts.

To Meyers, Maryland’s season-opening bout against George Mason was an opportunity for a young Terps team to “get [their] nerves out” in preparation for a tall test at home against the Gamecocks.

South Carolina lost star guard Destanni Henderson to the WNBA, but redshirt freshman Raven Johnson is ready to take her place. Outside of Henderson, the Gamecocks return six of their top seven scorers on a team that lost just twice a season ago.

Ahead of Friday’s home opener at what Frese is expecting to be an “electric” Xfinity Center atmosphere, Maryland will evaluate how it stacks up against a team looking to repeat as national champion.

Still, Frese knows the Terps “don’t shy away from anyone.”