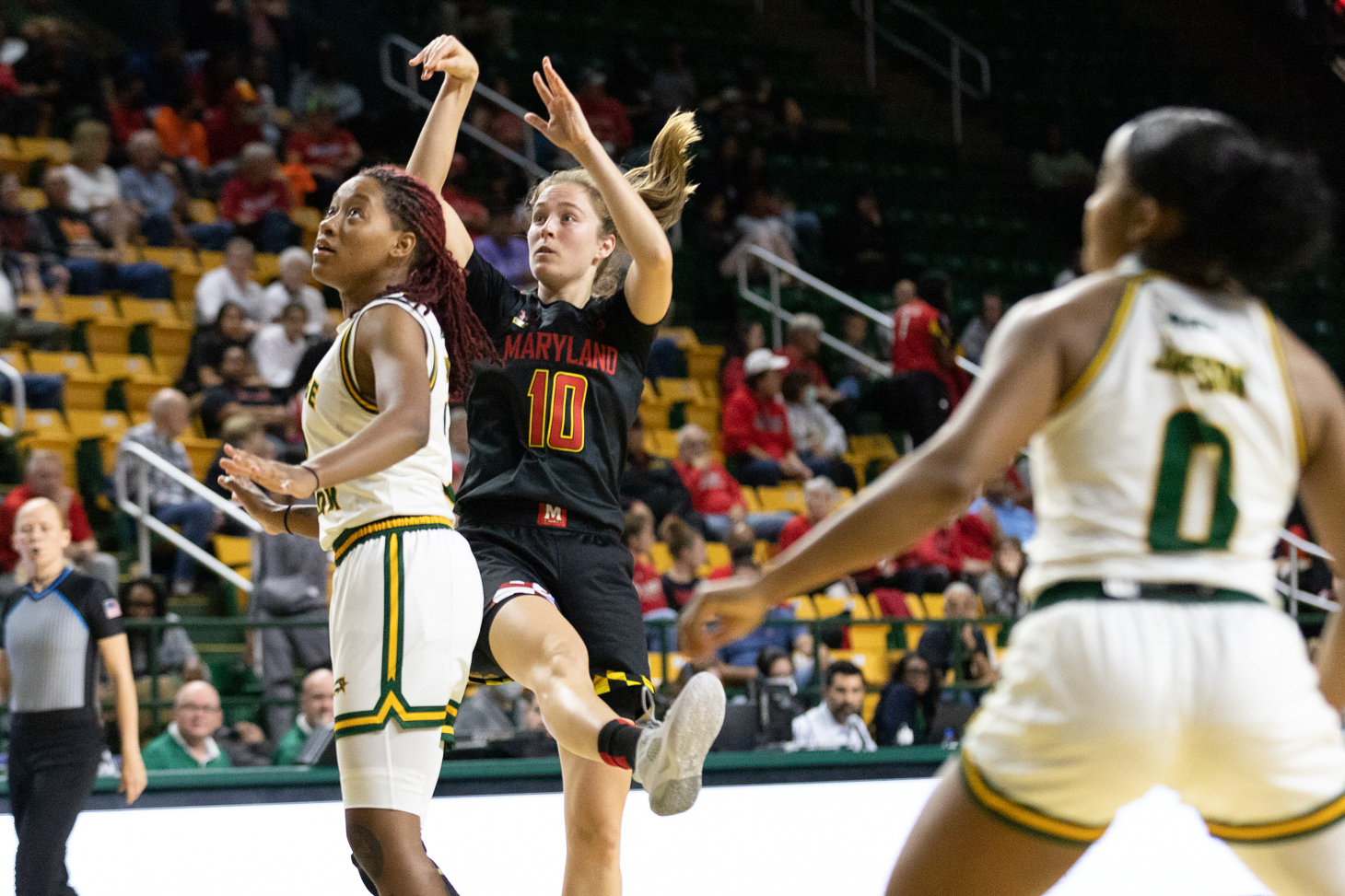 When Diamond Miller exited the game in the second quarter, Maryland women’s basketball needed other players to step up and create offense in its first game of the season against George Mason.

Lavender Briggs understood the challenge when she stepped onto the floor for the third quarter. She made two jumpers in the first minute, setting the tone early.

She didn’t stop there. Briggs received a bounce pass from Abby Meyers and got her third jumper in less than three minutes to put the Terps up 48-24.

The Florida transfer capped off her explosive third quarter with a three-pointer to give her a total of nine points, all scored within the quarter’s first five minutes.

“I was trying to just pull my weight and continue shooting, even though I was missing,” Briggs said. “Coach [Brenda Frese] gives me confidence and makes me go on to that next level.”

In their first game as Terps, Briggs and Meyers brought their A-game, providing the leadership and scoring power Maryland needed with its returning top scorer out with an injury.

Miller tallied 11 points, two blocks and a rebound before exiting the game. But Meyers and Briggs kept the game rolling as the Terps continued to break away from the Patriots, ending the first half up 39-17.

Meyers dominated the scoring for the Terps, ending the night with a team-high 19 points. The senior guard, who was the only player to make a three-pointer in the exhibition game against Millersville, continued to find success shooting behind the arc.

Meyers made five of her six three-point attempts to kick off her Maryland career after transferring from Princeton.

Meyers played 30 minutes in the matchup against George Mason, the most of any player on the team. She has a “calming confidence” that helps set her teammates at ease during the game, Frese said.

“It’s pure joy, and that’s what it’s like coaching her,” she said. “The love that she plays with on the game, that passion you know, really spills out onto all her teammates.”

Briggs was right behind Meyers with 29 minutes played. After transferring to Maryland last winter, she relished the opportunity to finally be able to play a game for Maryland.

Briggs lead the team with eight rebounds and a +42 plus-minus, and tied for the lead with three assists.

“You see how valuable she is even when the shots aren’t falling,” Frese said.