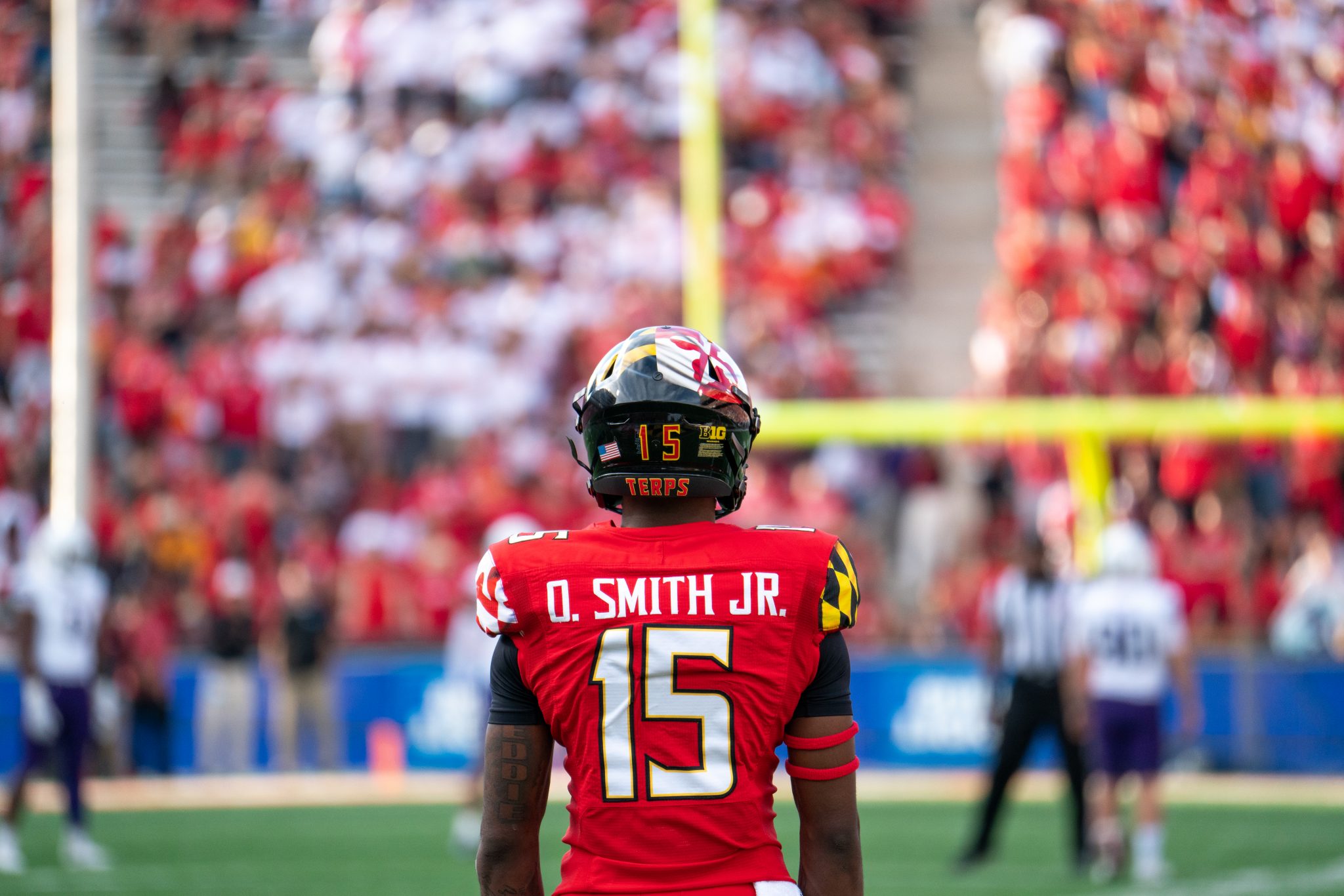 Five-star football player Nyckoles Harbor, ranked by Rivals as a top 10 player in his class, will take an official visit to Maryland Dec. 9, per 247Sports.

Multiple sites have ranked Harbor as the top player from Washington, D.C. He can play receiver or edge rusher, and he has a blend of size and speed, running a 100-meter in 10.3 seconds with a 6-foot-5, 225-pound frame.

He took an unofficial visit to College Park earlier this year, according to Rivals.

Five-star 2024 center Derik Queen visited Maryland men’s basketball on the weekend of Oct. 21. This came after his original visit on Oct. 1 was pushed back. Maryland football defeated Northwestern on homecoming during Queen’s time in College Park.

Jahnathan Lamothe, a four-star guard who was Queen’s teammate in high school, was with him that weekend. He committed to Maryland earlier this year.

On3 gives the Terps an 82.4 percent chance of landing the second ranked center in the class.

Four-star 2024 football cornerback Braydon Lee was also in attendance during the game. Afterward, the Maryland native hinted toward a potential commit.

Home felt like what it should be! Should I get this ‘24 class started🐢? https://t.co/SbfT2nVwM4

Friday, four-star guard Bronny James, son of basketball star LeBron James, posted on Instagram he was in College Park. Despite the post garnering buzz from Maryland fans, it is unlikely he will commit to the Terps. He did not visit the college; instead he was in town for a tournament.

Additionally, James recently signed an NIL deal with Nike, making it doubtful for him to choose an Under Armour-sponsored school such as Maryland.