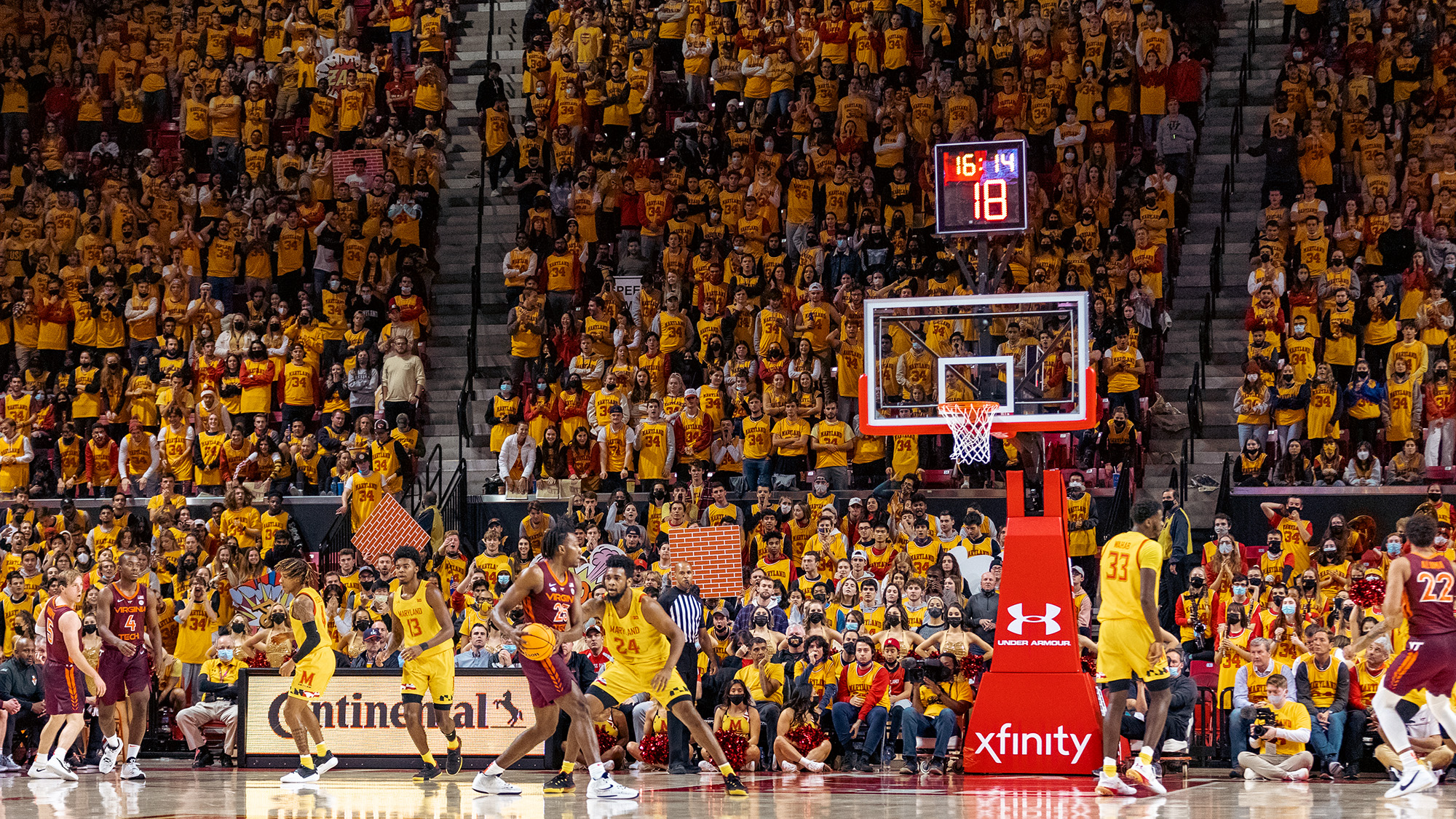 The Terps hope to land their first five-star recruit in six years.

Several other men’s basketball prospects with the Terps in their top five will announce their commitments this week.

In the upcoming week, both four-star forward Darren Harris and four-star center Papa Kante will announce their commitment. While both players have the Terps as their finalists, multiple predictions have Maryland finishing as a runner-up.

Maryland has historically struggled to win recruiting battles over the Blue Devils. Harris’ upcoming decision might be just another instance.

Demarcus Riddick and Jerrae Hawkins, both four-star athletes in the class of 2024, received an offer from Maryland football. Riddick is a top 50 player according to 247Sports Composite, and Hawkins is ranked as the top player from his state of West Virginia.

Maryland football also gave offers to safety Jadyn Hudson and wide receiver Phillip Bell, both four-stars for 2025. In addition, they gave an offer to Jordon Davison, ranked by 247Sports Composite as the top running back in the class.

Maryland football picked up one of the most coveted kickers in the country in Chad Ryland this past offseason. However, he only has one year of eligibility left.

On Oct. 7, kicker Levant announced his commitment to Maryland.

When the day comes, Levant will likely have to battle for the starting job. However, he has impressed at IMG Academy, earning him a 4.5-star rating by Kohl’s Professional Camps.

Maryland men’s lacrosse knows the importance of a good faceoff specialist. Last season, Luke Wierman was second in the nation in faceoff wins. However, 2024 will be his final year of eligibility.

Once Wierman leaves and the starting job is open, Carrier will have to battle with the likes of Shea Keethler, Mitchell Lloyd and Sean Creter for it.

Inside Lacrosse reported the Terps have landed a faceoff specialist each of the past four years, establishing consistency and a solid safety net at the position.

Near the start of October, Maryland football gave four-star linebacker Dylan Williams an offer even though he had already committed to the University of Southern California.

Tuesday, Williams announced he would decommit from the Trojans and continue his recruiting process.