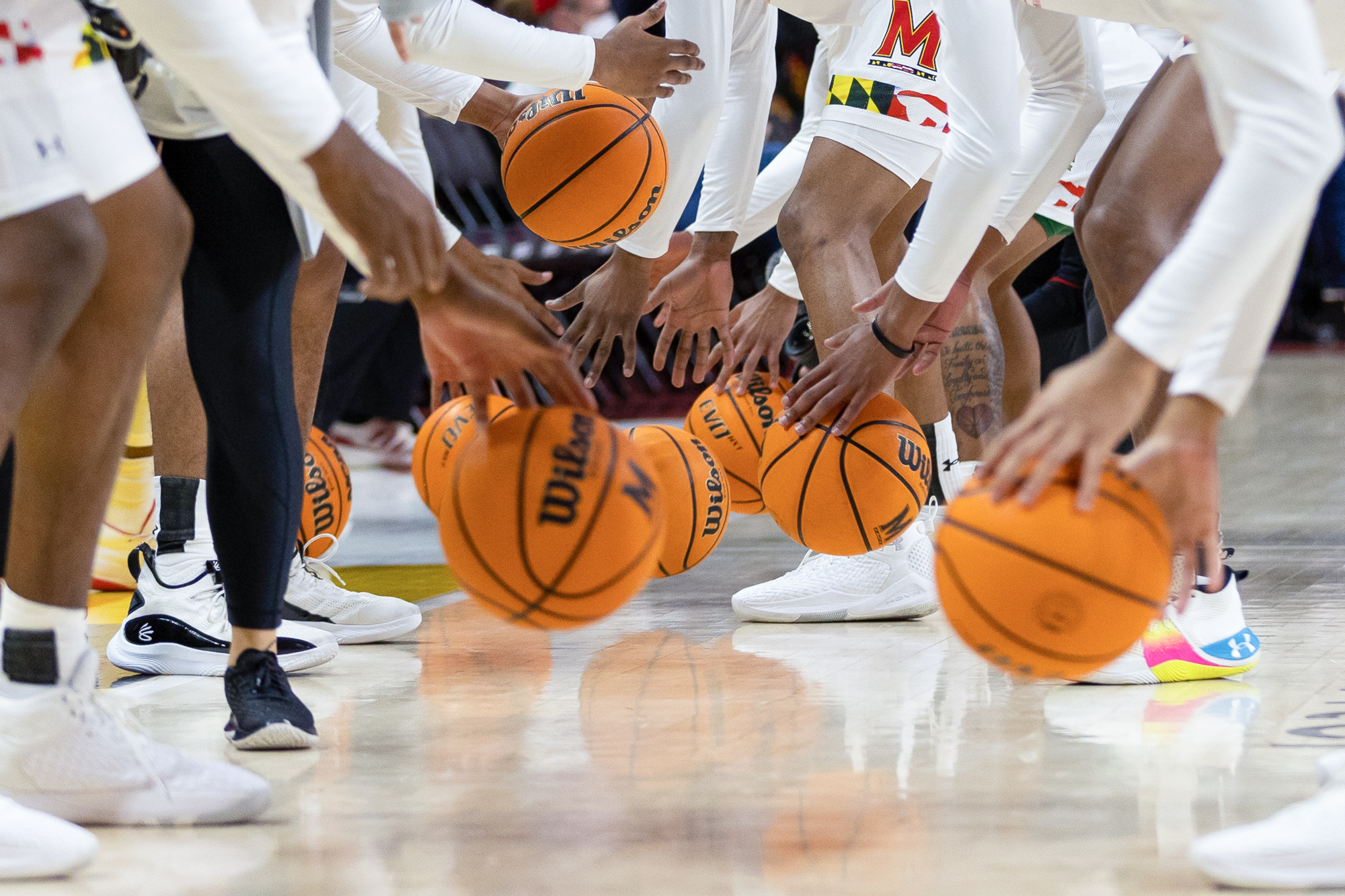 Four-star 2024 small forward Darren Harris included Maryland men’s basketball as one of his top four teams in his announcement Tuesday.

He also included Miami, Ohio State and Duke as he narrowed down his final choices.

However, the Terps have struggled to win recruiting battles over their old ACC rival Duke, where Harris will visit later this month.

While Maryland defeated Michigan State at home Saturday, several recruits were at SECU Stadium visiting. Among those were four-star athlete Dominic Nichols, wide receiver Ezekiel Avit and his brother, David Avit, who is a running back.

Avit was primarily a basketball player when he transferred to Churchill High School in 2021.
“I didn’t know he was a football prospect,” high school coach Joe Rydzewski told Inside the Black and Gold. “We knew his brother David definitely played football but I did some investigating, I got to see his film and obviously, he flashes.”

The height and athleticism that helped him excel on the basketball court also made him a skilled wide receiver. He was skilled enough at both sports to get Division I offers to play both basketball and football.

Ultimately, he decided on Maryland football, a decision which could open the door for his brother — who is of the 2024 class — to commit to College Park in the future.

MacMurray is able to play multiple positions and was named to all-star teams at the NXT Philly Showcase and HHH Committed Games. She also was an Under Armour 150 invitee.

She joins Maryland’s 2024 recruiting class that boasts two five-star prospects in Kayla Gilmore and Devin Livingston, according to Inside Lacrosse.

Four-star 2024 linebacker Williams has already committed to USC, but has visited several colleges after announcing his commitment in April.

Pickett is a five-star safety who is rated the eighth best player in the 2025 class, according to 247Sports’ composite rankings. Lane, a four-star athlete, is ranked by 247Sports as the fourth best player from the state of Maryland in the 2024 class.

Four-star 2024 quarterback Merklinger is coming off a sophomore year where he led his high school team to a regional title. He threw for 25 touchdowns and eight interceptions along the way and completed 70 percent of his passes.