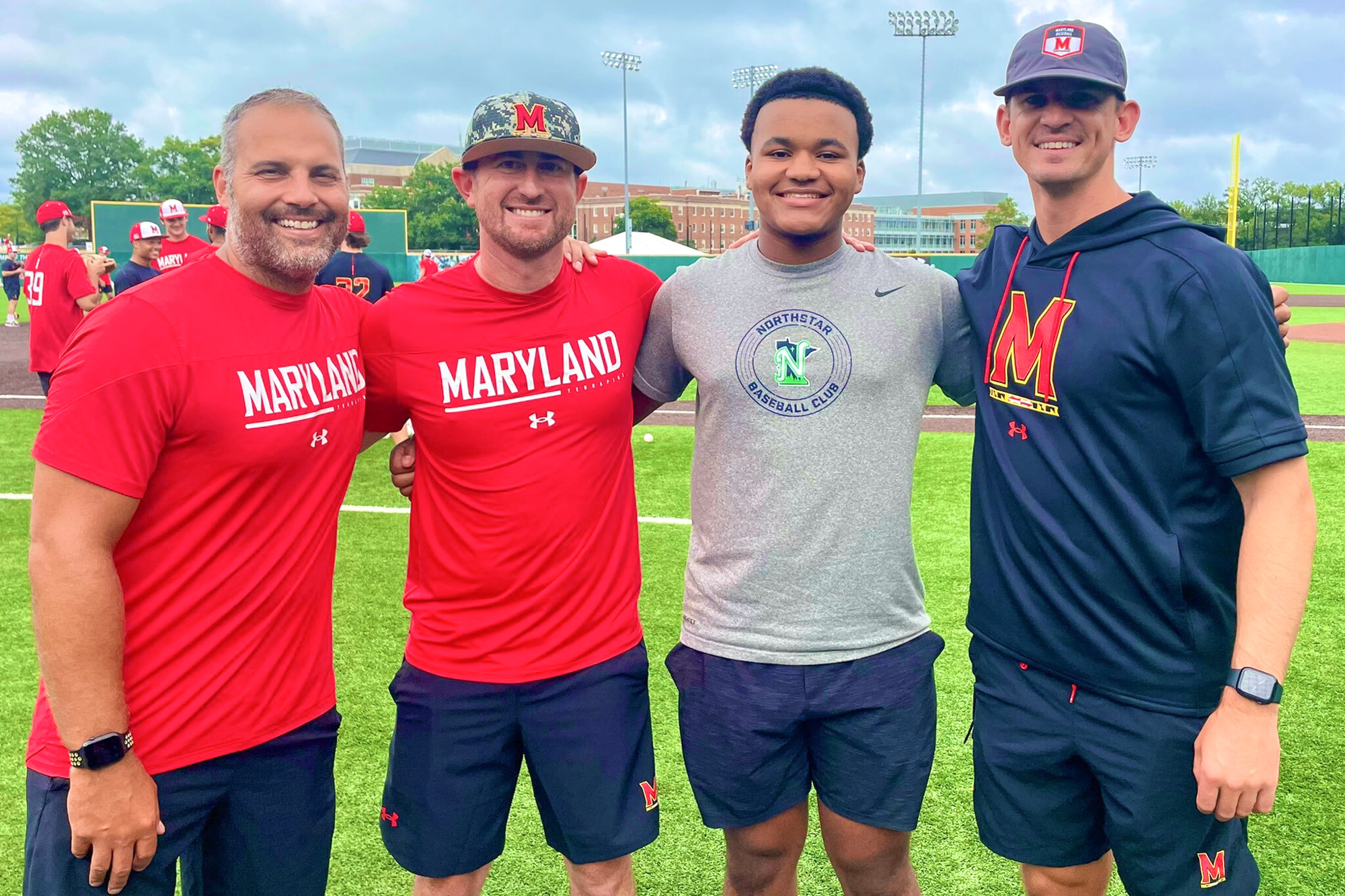 Just over two weeks before announcing his commitment to Maryland baseball, PJ Jones threw the first pitch as the Minnesota Twins honored his late grandfather César Tovar, who was inducted into the team’s hall of fame.

That statement rings true when the class of 2024 first baseman picks up the bat. He can reach an exit velocity of more than 100 mph, strength that put him on the Terps’ radar. In early September, he announced his commitment to head coach Rob Vaughn’s program.

Two people in particular power his drive — one serves as his mentor while his relation to another’s legacy continues to inspire him.

Tovar spent eight years with the Twins in the 1960s and 1970s as an MVP contender. He led the league in at-bats, hits, doubles and triples throughout different seasons of his career and was one of four players in MLB history to play all nine positions in a single game.

“[To] see somebody from my family doing something so great was really cool to me because that really made me believe that I could also do something great, like him,” Jones said.

Despite being related, the two have opposite styles of play. While Tovar averaged less than four home runs in a season in the big leagues, Jones’ power is one of his greatest assets. He ranks in the 95th percentile in exit velocity among his high school class, according to Perfect Game USA.

The two play differently, but Jones and his grandfather share one thing in common: their number.

Until recently, his relationship to the former Twins leadoff hitter was not known to many.

“I had always known that PJ wore number 12 because of his grandpa,” Jones’s hitting coach Zach Hendrickson said. “Up until about a year ago, I did not know who his grandpa was.”

Jones wanted to forge his own identity.

“That was something that [his family] kept really close to their chest,” Hendrickson said. “PJ wanted to make his own way. He didn’t want to feel like he was going to be getting things … simply because of who his grandpa was.”

Whether it was known to others or not, Hendrickson said Jones is inspired and motivated by his grandfather.

More than just a coach

It did not take long for Jones and Hendrickson to bond after they first met each other.

Jones was a freshman high schooler at NorthStar Baseball Club while Hendrickson was the batting coach. In little time, Hendrickson became more than just his coach — he became a mentor, on and off the diamond.

In the offseason, the two would meet several times a week to work on Jones’ development.

As they grew closer, Hendrickson was one of the first to know about Jones’s commitment to Maryland — a team that could fit his style well as it enters 2022 with the second ranked offense in the nation, according to D1 Baseball.

“PJ is without a doubt the most pure hitter that I think I have ever seen in the state,” Hendrickson said.

The Terps are coming off of their best season in program history. They won their most games in a season and were named conference champions for the first time in more than 50 years.

“Winning’s something that I want to do,” Jones said. “Going to a good school is one thing, but also, having a chance to go win a national championship is a whole ’nother thing.”

Still two years away from playing for the Terps, Jones still meets with Hendrickson in the offseason.

“He understands that, in a game — realistically a game of failure, PJ is going to continue to work to be as close to perfect as he can,” Hendrickson said.