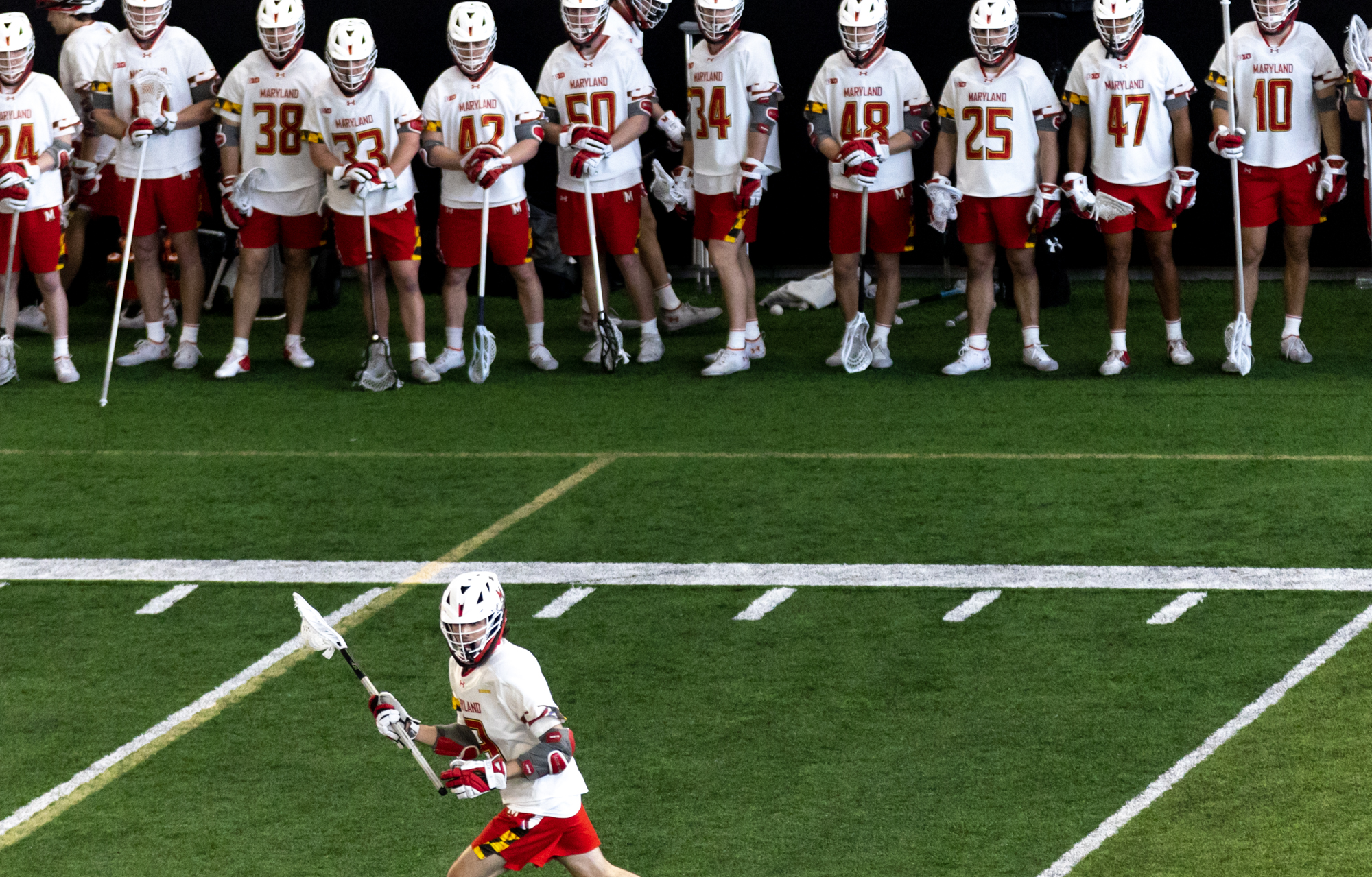 Maryland men’s lacrosse received the commitment of a five-star recruit for the class of 2024 Saturday, according to Inside Lacrosse.

Spencer Ford, who will join the Terps, was ranked by the National Lacrosse Federation as the top attacker and the third best overall player in the class.

While Maryland men’s lacrosse added to its star-studded cast, Maryland men’s basketball hosted two visitors as it looks to add to its high-ranked group of commits.

Kante included Maryland in his top five this week, along with Memphis, Michigan, Pittsburgh and Rutgers. He told 247Sports he plans on announcing his commitment in November.

“[Maryland is] recruiting me really hard, texting, calling every day, and trying to talk to my family,” Kante told On3 Sports. “Coach [Kevin] Willard and coach Grant [Billmeier] tell me they will help me to achieve my goal and play me right away because of the energy I bring.”

The Terps are also scouting four-star guard Jaeden Mustaf, according to Stock Risers. The Hyattsville native is ranked No. 35 in the class of 2024 by 247Sports.

Maryland football made an offer to Qua Birdsong, ranked by 247Sports as a four-star 2024 linebacker who can also play on the edge.

Maryland men’s lacrosse landed three top-50 prospects for the class of 2024 per Inside Lacrosse last week. The team got even stronger this week, landing Ford — who is ranked as the third and fifth best player in the class by the National Lacrosse Federation and Inside Lacrosse, respectively.

The NLF also lists Ford as the top attacker in the class. In his sophomore season, he averaged 4.5 points per game while his high school team won its conference title.

Similar to Ford, Schultz is a balanced offensive player who has consistently scored at the high school level. He notched 19 points in eight games last season, split almost evenly between goals and assists.

The Terps landed a tenacious defender in McEnroe, who was invited to the Under Armour 150 as well as the American Select Team in both 2021 and 2022.

While Raucci mainly plays attack, she can also play in midfield. She impressed many as the only freshman on her varsity team and was named an all-star in the Philly NXT Summer Showcase — one of five players from the class of 2024 to receive such honors.

Inside Lacrosse lists Livingston as an “on the rise” midfielder who will join fellow midfielder Kayla Gilmore as a five-star recruit in Maryland’s women’s lacrosse’s class of 2024.

Livingston won 80 percent of her draw controls, according to her Next College Student Athlete profile. Her high school team won the state championship and was ranked as the second best team in the nation by USA Lacrosse Magazine.

Presthus is a winger and is the 31st best prospect for the class of 2024, according to Prep Soccer. He plays for Columbus Crew’s Academy.

I’m excited to announce my commitment to the University of Maryland to further my academic and athletic career. Thank you to my coaches, teammates, family and everyone who helped me along the way. @MarylandMSoccer @CrewAcademy96 #Crew96 pic.twitter.com/z2CdoaopHY