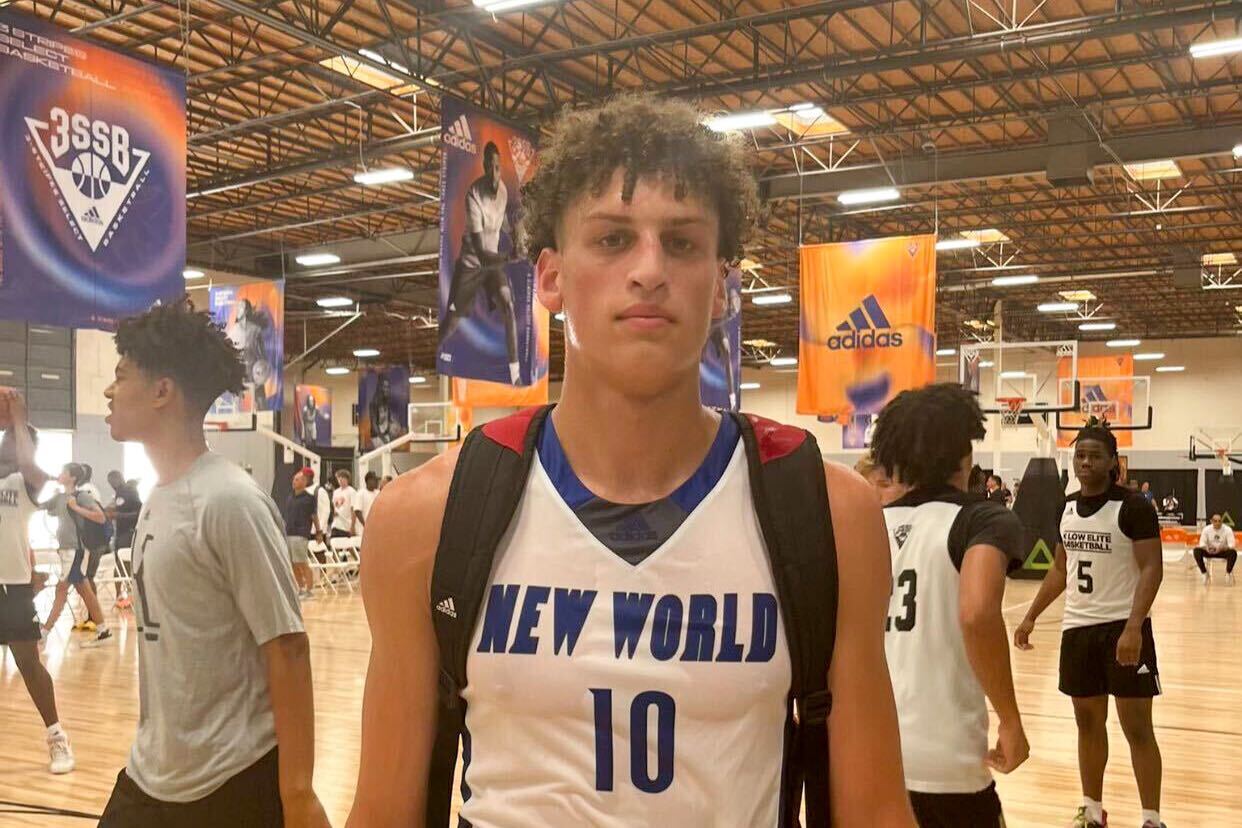 Whenever Jamie Kaiser played NCAA Football 14, he didn’t have to think twice about the team he would select.

“I always put myself as Maryland,” Kaiser told The Diamondback.

As a kid from northern Virginia, Kaiser fantasized about one day representing the Washington, D.C.-Maryland-Virginia area and becoming a Terp.

His dream came full circle Aug. 7, when the 6-foot-6 small forward announced he was staying local and joining new Maryland men’s basketball coach Kevin Willard’s squad in College Park.“It was so awesome and exciting because I had always dreamed of being at that level … just being on the big stage at Maryland, playing in front of my hometown,” Kaiser said.

It was a dream that felt out of reach as recently as a year ago.

“I never thought I was gonna be good enough,” Kaiser said. “Going into this year, it looked like that.”

Then, he began to blossom.

After quitting other sports and focusing solely on basketball, Kaiser put his head down and worked on improving his craft. According to Mike Lew, the assistant coach at Kaiser’s former high school, Bishop Ireton, he would often stay after workouts to put extra shots up.

“He put a lot of work in the gym,” Lew said. “It just shows with his confidence on the court.”

Over the course of the past year, he started shooting up the ranks, and the offers soon came flooding in.

The once-unranked prospect began receiving offers from Indiana, Virginia, UCLA and Maryland, eventually earning him a four-star rating in addition to being ranked the 72nd best recruit in the nation for 2023, according to 247Sports.

As his dreams were beginning to come true, Kaiser took valuable time in deciding where he wanted to land. While Maryland was a surefire pick when playing video games, he was hesitant as the destination of his collegiate career hung in the balance.

“It’s different when it’s actually you, because you gotta go to the best situation for yourself,” Kaiser said. “So that’s why it wasn’t an automatic [thing].”

The Terps hit the reset button early last season as Mark Turgeon — the team’s head coach for the past decade — stepped down. Following the team’s worst statistical year since 1993, Willard was hired as Turgeon’s successor.

Willard emphasized local recruiting immediately after being hired, adding assistant coaches from the area in Tony Skinn and David Cox. Not long after, he was beginning to see results with commits from local players Noah Batchelor and Jahmir Young.

With Willard’s inaugural season around the corner, Kaiser was a major focus for the revamped coaching staff.

“I just felt prioritized,” Kaiser said. “[They] text me every day, show me love. That’s all you can really ask for.”

As the time came to make a decision, the wing had his mind made up.

“Maryland came through and I took my visit,” Kaiser said. “[I] was able to get comfortable with the staff and I was like, you know, it’s a no brainer.”

When he made his announcement live on the 247Sports YouTube channel, Kaiser focused heavily on the idea that he was staying home.

Growing up attending Maryland games, he formed a close attachment to the team, from attending rivalry matchups against North Carolina in first grade to getting to talk to Kevin Huerter on the court years later.

“I’m biased, but if everyone stayed home, there’d be tons of banners up there, because they got the best of the best but they all go different places,” Kaiser said.

Although Kaiser said he didn’t feel an obligation to stay local, he still felt Maryland was the best spot for him.

“I wanted to go to the [best] situation for me, whether that — maybe it wasn’t Maryland, it was Indiana or Virginia … but I felt in my heart that Maryland was the best place for me,” Kaiser said. “It being in the DMV just made it so much more special to me.”

The deciding factor came in the form of being able to make an immediate impact.

“[Coach Willard] said he’s gonna give me a large role right away to be in the game during winning time and make winning plays,” Kaiser said. “I don’t want anything else to be honest.”

Kaiser joins three-star guard Jahnathan Lamothe as the first two Maryland recruits for the class of 2023. The Baltimore native from St. Frances Academy is another player familiar with the area.

For a few years, the two shared the court as teammates, and they will soon reunite once again.

“I loved playing with him,” Kaiser said. “He is so fun to play with because he’s so unselfish and he’s a winner like me.”

Lamothe, who had already committed two months prior, heavily recruited Kaiser. Kaiser noted his friend already being a Terp helped him make his college choice.

Amid the buzz of Kaiser’s commitment, Harris-Smith announced his final five choices — one of which was Maryland.

Kaiser is working hard to keep him at home too.

“I’m trying to talk to him as much as possible,” Kaiser said. “There’s a point where I was talking to him every day. I gotta give him a break because it was his birthday, he’s on vacation.”

Harris-Smith is another former teammate of Kaiser’s, even winning a championship together in middle school. Now fully committed to Maryland, Kaiser is making the transition from being recruited to being the recruiter.

“I’m all about trying to win,” Kaiser said. “I feel like if I start recruiting the guys that I think will help us win, well, everyone eats.”

The Kaiser signing sparks optimism that the Terps can finally win the recruiting battle on their own turf.

“I think that’s why Maryland is going to have some success in the coming years,” Lew said. “Because they’re winning the battle locally.”