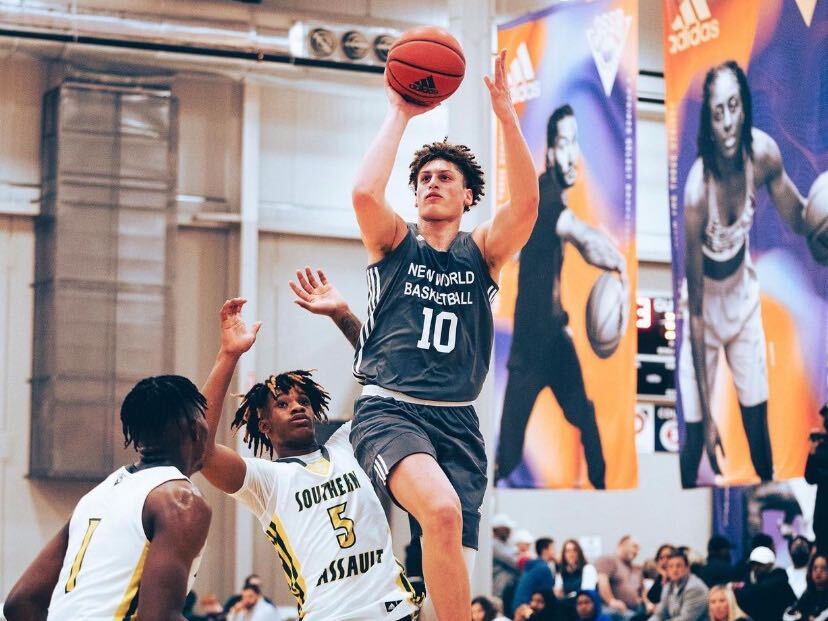 Four-star wing Jamie Kaiser has committed to Maryland men’s basketball, he announced on a 247Sports livestream on Sunday.

Kaiser picked the Terps over the other two schools in his top three, Indiana and Virginia. The 6-foot-5 small forward also received offers from Wisconsin, Illinois, Ohio State, Iowa, Harvard, Oregon, UCLA and a host of other schools.

“I’ve been going to Maryland games since I was in first grade … It’s just a dream, you know, stepping out in front of your hometown, getting to play in front of your people,” Kaiser said after committing on the livestream. “They’re gonna support you the most.”

Kaiser is Maryland’s second commitment of the 2023 class after 6-foot-4 guard Jahnathan Lamothe of Saint Frances Academy committed to the Terps in June.

“The staff is new but they have recruited me extremely hard and I’ve felt the love from them for a while,” Kaiser told On3 in early August before announcing his choice. “Coach Willard said I will be in a large role from day one and thinks I can handle it.”

The Terps could soon see another addition to next year’s class after making four-star guard DeShawn Harris-Smith’s top-five Friday. The other schools on the Virginia native’s list include Big Ten foes Penn State and Indiana, as well as Villanova and Xavier.

Harris-Smith’s the No. 45 and No. 52 nationally ranked recruit in the 2023 class by On3 and 247Sports, respectively. He told On3 that he hopes to make his college decision by late August.

“I just like to have an opportunity to stay home and play in front of my friends and family,” Harris-Smith told On3. “They want me to come in and play mostly point guard which I think is my best chance of making it to the next level. Maryland is recruiting all my DMV guys so I would know my freshman class really well and will have good chemistry from the beginning.”

Kaiser hopes the Terps can attract more local players as they continue to recruit for the future, believing it’ll only bring Maryland more success.

“I’m biased, but if everyone stayed home, there’d be tons of banners up there, because they got the best of the best but they all go different places,” Kaiser said.